For weeks the line-up has been the talk of the town. Now Forest Fest is on track to be the soundtrack of the summer, a success story staged in Emo village from July 22 to 24. 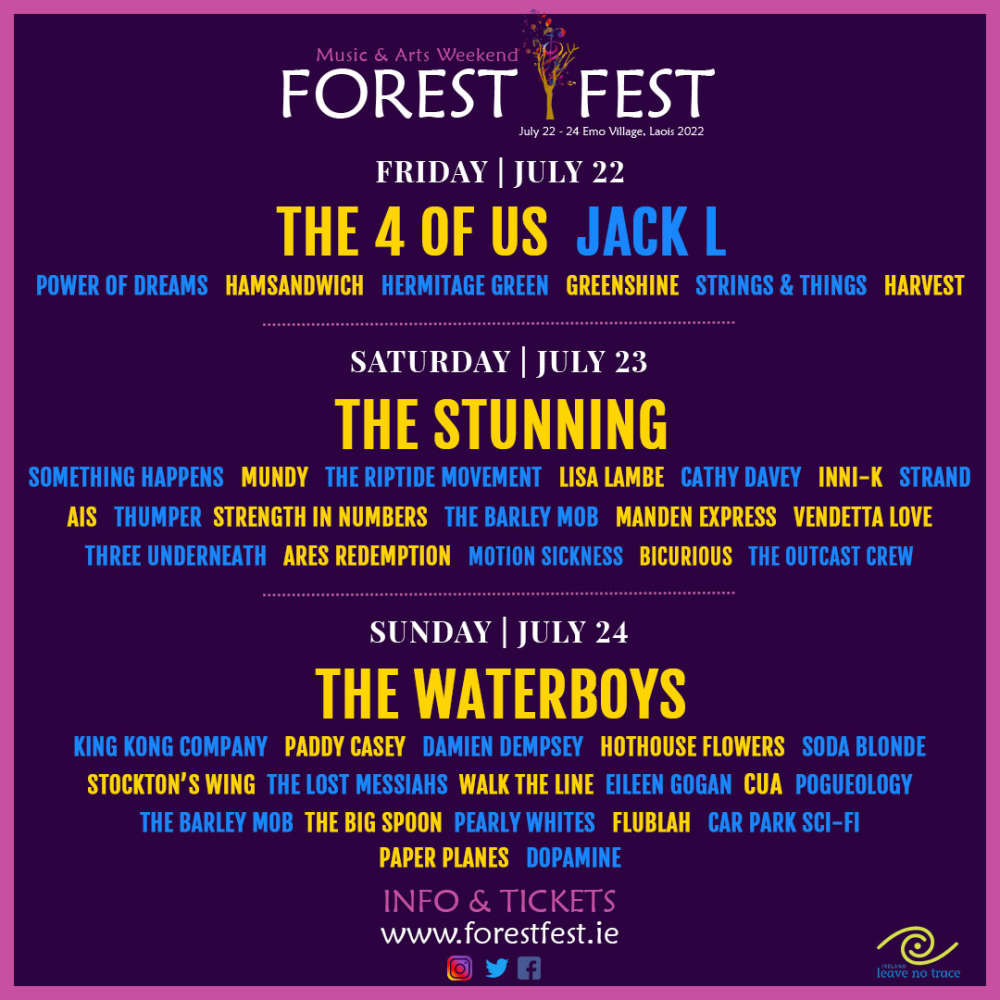 “It’s all about the line-up really. It’s turning heads, stealing the show, and really catching on with music fans right across the country. With over forty acts and different bands taking to the stage over the weekend Forest Fest is shaping up as the soundtrack of the summer,” says delighted promoter, Philip Meagher.

“We’re thrilled with the ticket sales. Some people are building Forest Fest into their summer holiday plans and the demand for camping is such that we have had to respond by extending our capacity to cater for the numbers looking to stay in Emo for the festival weekend.

“It’s going to all make for a fantastic festival atmosphere and generally good summertime buzz. It’s exactly what music fans have been looking for after the past two years of no-shows.”

While the Forest Fest line-up speaks for itself, there’s much more to the festival on July 22, 23 & 24 than the bonanza of the best bands.

“Forest Fest is a boutique festival which draws on all the attributes of the original open-air festivals and their ethos - family friendly, relaxed, chilled-out, easy going and capturing that summer vibe, a weekend of fun and friendships to be savoured to the soundtrack of memorable music,” outlines Philip Meagher. 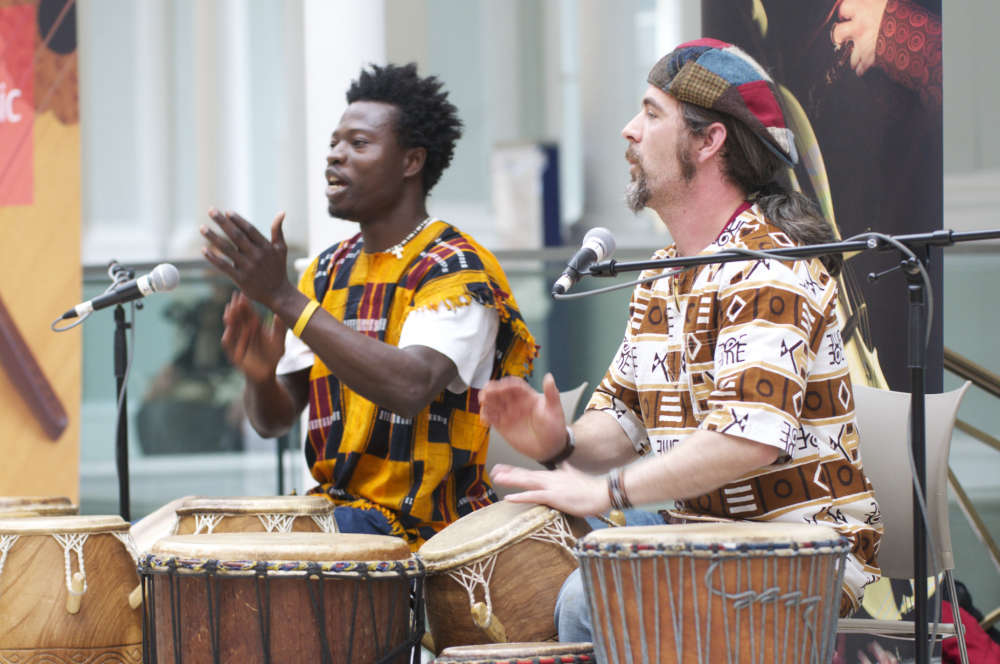 With over 45 bands on the bill the concerts at Forest Fest will get underway at 6pm on Friday, July 22nd and again at 12 noon on both the Saturday and Sunday 23rd and 24th running until midnight. The festival finale honours go to the much anticipated and long-awaited The Waterboys concert on the Sunday night.

There will be 3 different stages at Forest Fest as well as a dedicated children’s’ zone, ‘The Forests Edge’ which will present a diverse kids programme of activities right throughout the weekend. Children under 12 have free admission to the festival, once accompanied by a ticker holder adult, and always supervised.

To ensure continuity the performers at Forest Fest will alternate across the two main stages, which will also facilitate fans who wish to take in all their favourite acts.

There is the Forest Stage, Village Stage and in an area created in Middle Earth on the Festival Campus, Finnegan’s Wake, an opus and menagerie of music and magical entertainment curated by the redoubtable Big Spoon frontman, Dick Finnegan, reprising the role usually reserved for Jerry Fish at the neighbouring Electric Picnic. Here you can watch out for Dirty Circus and lots more surprises and treats in store for festival revellers.

‘The Forests Edge’ a dedicated children’s space is brought to Forest Fest in collaboration with the multi-talented Port’ Art Collective. Details of the children’s events and programme are on the festival website www.forestfest.ie

A festival site map and stage times will be published a fortnight in advance of the event.

The Festival Club and Green Room at Forest Fest is at a separate location with numbers strictly limited and reserved for Festival Club ticket holders. Music and service commences at midnight until late at the festival club venue based at Batonis’ Restaurant, Courtyard and Marquee. 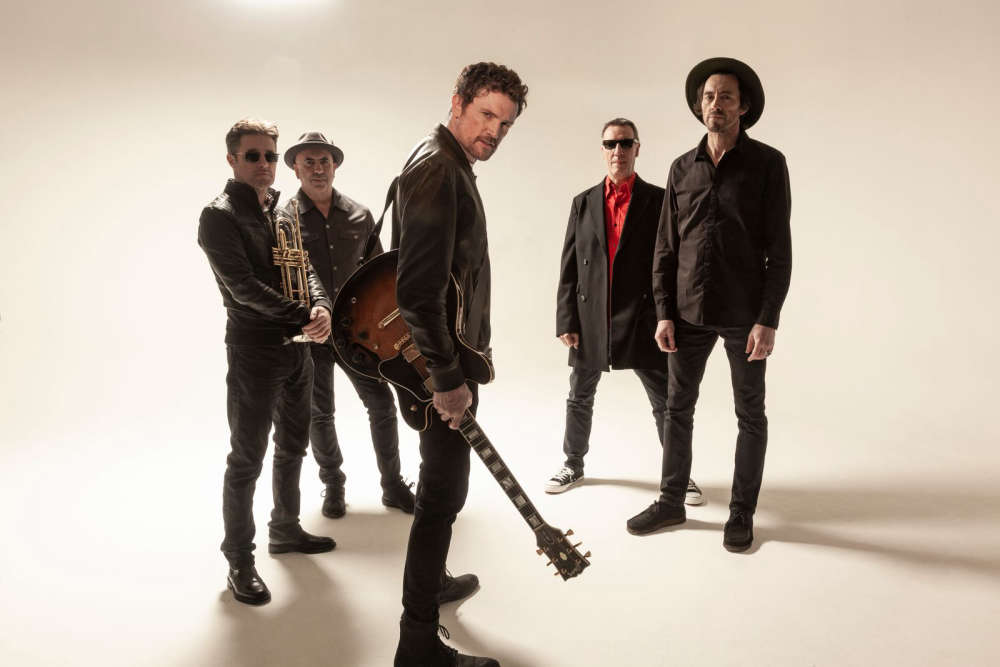