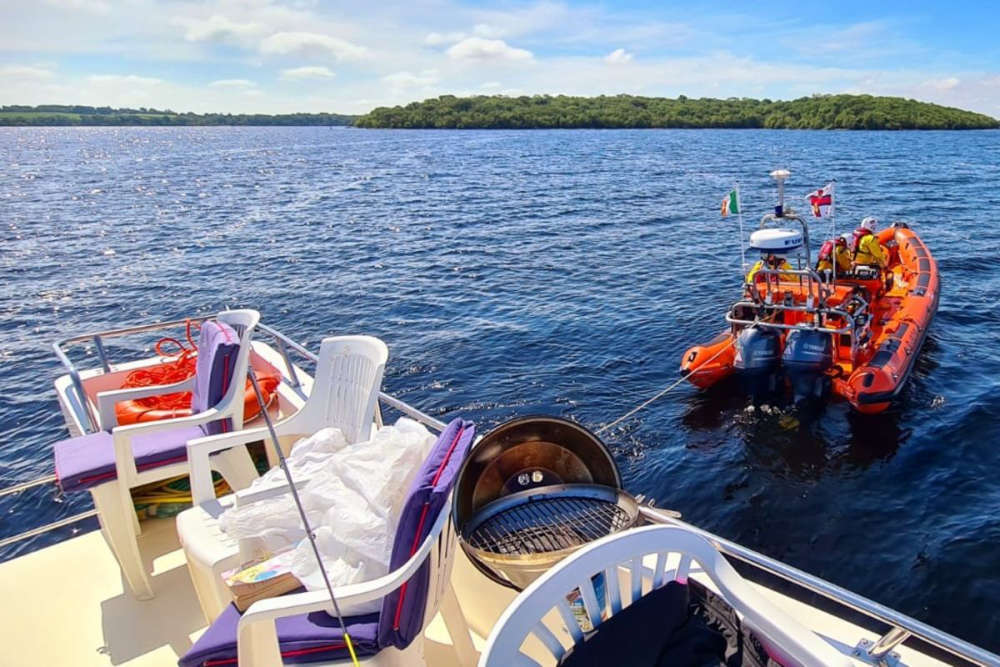 They've had a busy week, with a total of 25 people rescued from the lake since last Sunday.

11 people have been rescued from Lough Ree.

The local RNLI lifeboat crew was called out at 8.30 this morning, after a cruiser ran aground north of Inch Turk Island.

The volunteer crew launched in calm conditions and quickly reached the boat, with all 11 people found onboard wearing life jackets.

Following an inspection, the cruiser was towed off the rocks into safe water.

It brings to 25 the number of people the volunteer lifeboat crew have rescued since last Sunday.

While on Tuesday last (29 June), the Lough Ree RNLI lifeboat ‘Tara Scougall’ and her volunteer crew were back in the same waters when a cruiser with nine people on board ran aground off Hare Island.

Minutes after returning to base the lifeboat was back on the water, this time coming to the assistance of a 34ft cuiser with one person on board
which had lost power off Carberry island.

Reflecting on a busy summer season with 18 call-outs so far this year, Lough Ree RNLI Operations Manager Jude Kilmartin advised boat users to ‘be aware of the falling water levels on the lake which has made rock shoals on the lake more dangerous. The best advice is to always remain within the navigation markers.’