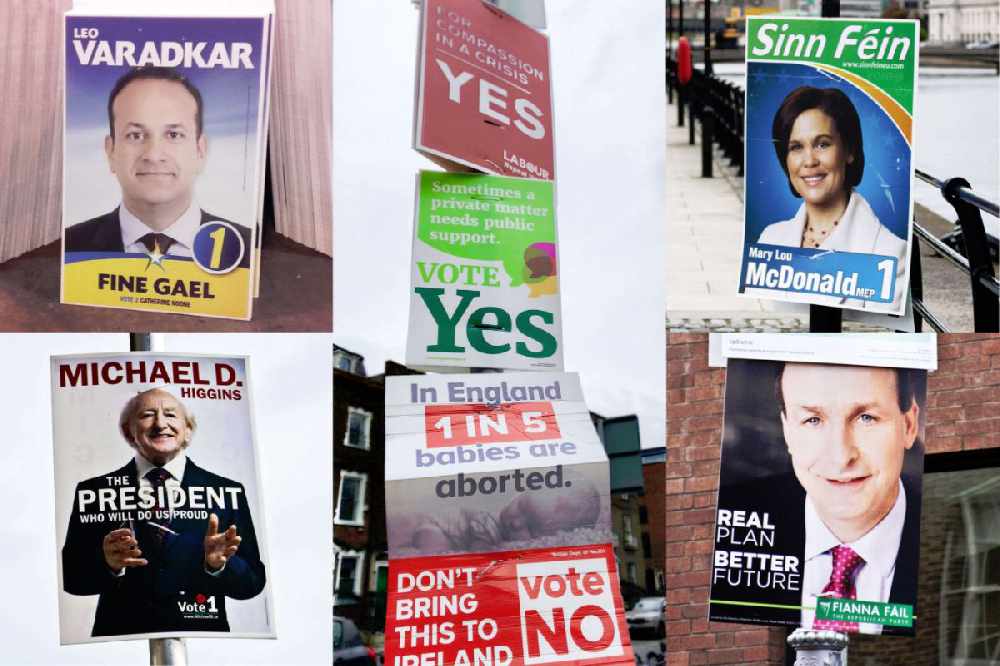 It's to cut down on the plastic waste an election campaign brings.

16 towns and villages in the midlands are going poster-free for the general election campaign.

It's in an effort to reduce plastic waste, as the cori-board used takes hundreds of years to break down, while the cable ties used are often left behind, damaging wildlife and biodiversity.

Geashill, Walsh Island and Rhode in Offaly are asking candidates not to erect any posters, with another 13 areas in Laois, including Mountmellick, Clonaslee and Rathdowney, also getting on board.

Chairperson of Abbeyleix Tidy Towns, Robbie Quinn, says a public survey a number of years ago showed overwhelming support for the initiative, and politicians have since been obliging:

The organisers of the nationwide initiative are encouraging more communities to get on board.

204 towns and villages around the country have signed up to the posterfree.ie campaign - which was launched last February, ahead of the local elections.

With the next general election approaching, co-founder of posterfree.ie, David Vitebert, is appealing for more areas to sign up: