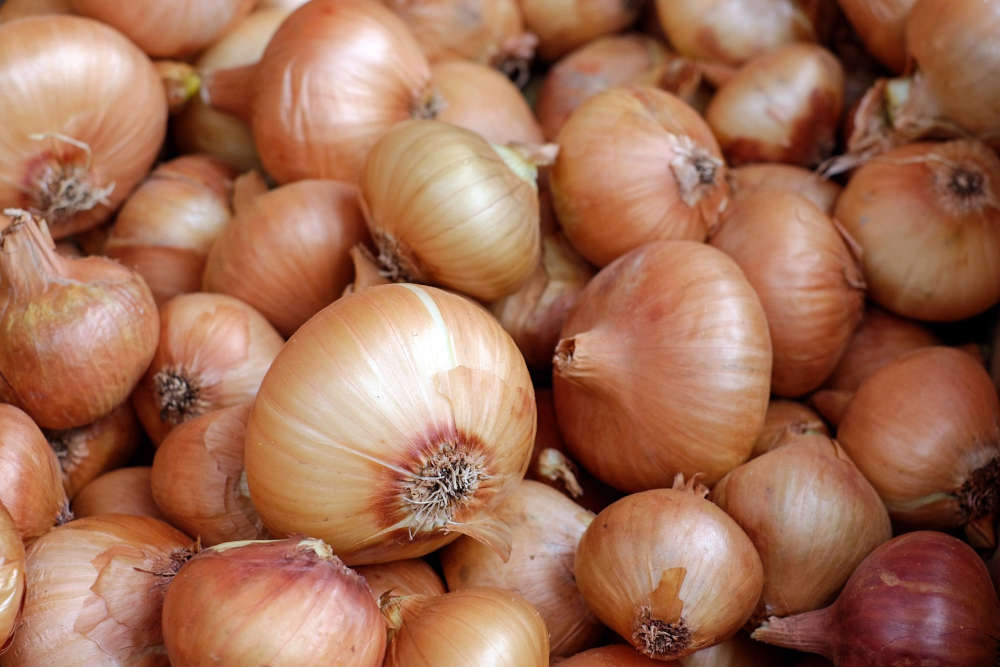 The woman had asked to be removed from the onion production line.

A factory worker who was fired after refusing to work on a vegetable production line because of a reaction to handling onions has been awarded €30,000.

The Workplace Relations Commission ordered Milne Foods, a vegetable processor based in Birr, Co Offaly, to pay the compensation to Nadezda Solomonova after it ruled the company had discriminated against her on grounds of disability.

Ms Solomonova claimed her reaction to onions amounted to a disability and the company had a duty to offer her reasonable accommodation by allocating her another type of work.

The WRC heard Ms Solomonova had been working as a general operative at the plant for almost 12 years, earning the minimum wage, when she informed management on January 18, 2019 that could no longer work at hand processing onions because of the severe reaction she was having to onions.

Ms Solomonova said she was experiencing difficulty breathing, swelling to her nose and eyes, severe headaches and pain in her eyes which were streaming continuously as well as difficulty sleeping.

She told the WRC that she had been attending her GP with such problems since 2013.

Her doctor wrote to Milne Foods in August 2014 requesting that she be allowed to avoid working with onions if possible as she had no problem in handling other vegetables.

However, Ms Solomonova said the company insisted she work at least once per week on the onion line and regularly more often.

She claimed Milne Foods had rejected her repeated requests to work on a different production line even though she had pointed out that other workers did not suffer the same effects when working with onions.

Ms Solomonova, a Latvian national, acknowledged that the onion line was the least popular production line in the factory.

She said plastic safety goggles which she used were not sufficient to prevent onion fumes getting through to her eyes.

In evidence, company representatives said they had changed its work practice following the request from the claimant’s doctor in 2014 so that all staff rotated on the different vegetable production lines and they only worked once per week with onions.

They claimed five hours was the maximum time spent processing raw onions during a shift.

Milne Foods said most staff experienced the effects of working with raw onions which meant the onion line was the least preferred work but they believed the change in work practice represented reasonable accommodation for Ms Solomonova.

It pointed out a report by its doctor who assessed the claimant in November 2016 that she did not have an allergy to onions but it did recommend that her exposure to onions should be limited.

The company claimed Ms Solomonova had not used the goggles it had provided her for vanity reasons because they were “stupid” and “uncomfortable”.

Milne Foods said it took disciplinary action against her because she had received  numerous verbal warnings for failing to follow management instructions to work on the onion line for which she was assigned on a limited basis with protective equipment.

It denied that it had discriminated against the employee and claims the medical evidence did not prove she had a disability.

The company said she suffered a common and unpleasant symptom that every individual experienced when exposed to working with onions for any period.

In her ruling WRC adjudicator,  Marguerite Buckley found Ms Solomonova  suffered a disability as a result of experiencing a malfunction of the eyes, nose and breathing due to the sulfenic acid released from processed onions.

Ms Buckley said Milne Foods had not provided reasonable accommodation to Ms Solomonova even though the company’s own doctor had suggested her exposure to onions should be limited.

She claimed such medical reports should have raised “a red flag” about its responsibilities under the Employment Equality Act.

Ms Buckley said the glasses provided by the company would not have done anything to alleviate the effect of the sulfenic acid on the claimant.

The WRC said it was satisfied that Ms Solomonova would have been capable of performing her job if given reasonable accommodation through working on a different production line.