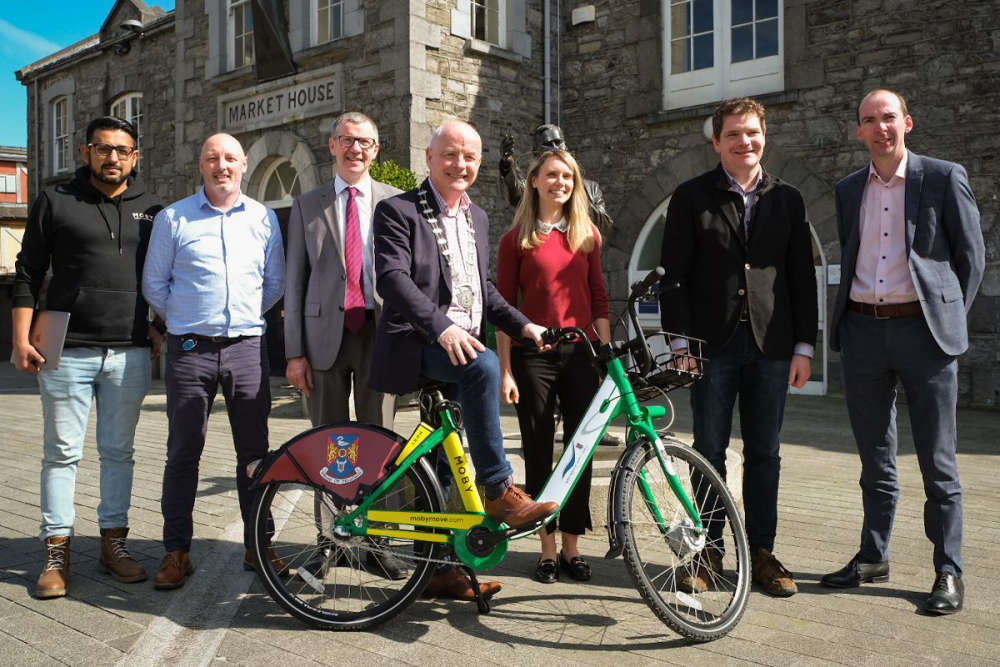 The launch of the scheme in Mullingar

It's the first time a scheme of its kind has been rolled out in regional towns in Ireland.

60 bikes - which can be accessed via a smartphone app - have been installed across 10 locations in Athlone and Mullingar.

It's the first time a scheme of this type has been rolled out in regional towns in Ireland.

The scheme has been designed by Westmeath County Council, in partnership with Moby Bikes Ireland, which already operates an electric bike hire service in Dublin.

Moby launched in 2019 and operates the Dublin Bike electric bike hire. It also has operations in London, Utrecht, Singapore and New York.

The customer simply downloads the Moby Bike App on their device, registers their details.

Select your location -  Mullingar or Athlone.

The app will tell the customer where the nearest bike available to hire is located.

When you find the bike, simply scan the code on the bike and the app will unlock it.

The customer can then use the bike for as long as required - your hire won’t end until you decide to return the bike. The charge is set at €1 per hour, with a maximum charge of €16 per ride.

Customers who damage or leave a bike abandoned will face a penalty fee.

When finished, the bike is returned to one of the stations on the app.

Press 'Return Bike', customer uploads a picture of the bike locked in position.

This ends the journey and the hire time is charged to the customer’s card.

Initial locations for each town are: