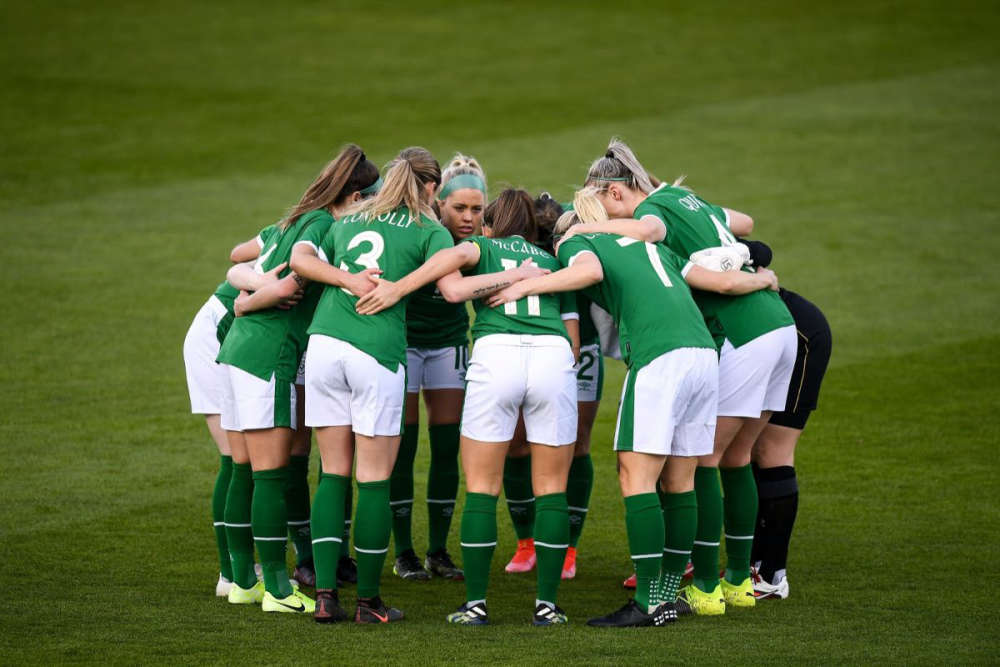 Slovakia will provide the opposition for Vera Pauw’s team in what will be the sixth meeting overall between the two nations.

This will be Ireland’s third game in Group A following a narrow loss to Sweden and a win away to Finland.

Kyra Carusa will be hopeful of winning a third cap for Ireland having switched allegiances from the USA in 2020. Carusa who attended Stanford and Georgetown, scoring 35 goals in 94 appearances.

That earned her a slot as the 19th pick in the WNSL draft, a professional contract she declined. Carusa instead moved to Europe and Le Havre in France for a brief stint, scoring four times in three games.

Since the start of last year, she has been plying her trade in Denmark with HB Koge and again scored a shed load of goals.

Her ties to Laois come through her grandmother Beryl Lucey who emigrated to the United States in the 1950's along with her husband Tony who hailed from Cork.

“We are currently preparing for our next two challenges, against Slovakia and Georgia, and we cannot underestimate them. We need to be sharp and on our toes, ready to attack, just like a tiger. We have so much faith in what we are trying to achieve - players & staff - but we have to build on the win against Finland in October and find a way to take maximum points from these two games.

“Thanks to the friendly games that we have played against higher-ranked opponents, we have learned how to raise our level of performance. The players learned what it means to take on any opponent without fear.

“It is exciting to be back at Tallaght Stadium again and we are hoping to have another big crowd. There is no experience like it, playing in front of our passionate supporters. And with the backing of fantastic sponsors like Sky and Cadbury, we know that so many people are behind us, willing us forward. For us, that kind of backing inspires us to be brave in what we do as we chase our dream of qualification for the World Cup.”