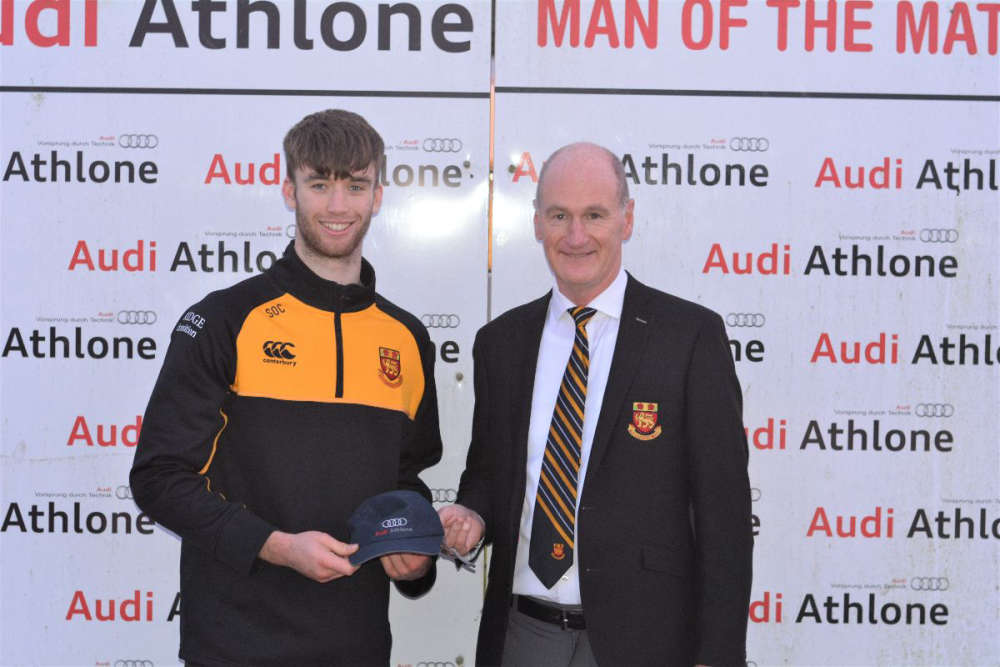 Their U-20s enjoyed another successful outing.

Buccaneers U-20’s maintained their winning form when defeating De La Salle Palmerstown 17-3 in this J.P.Fanagan Leinster Premier League 3 at Kirwan Park. In the Dublin mountains overlooking Dublin city, the young Pirates got themselves on the score sheet first with winger Ben Daly receiving a cross field kick from fly-half Ruaidhri Fallon in which he touched down in the far corner catching the DLSP defence cold.

Fallon missed the conversion but redeemed himself by nailing an impossible kick from the touchline with his weak foot when converting the try from Longford man and flying winger Jack Finn who bulldozed his way over the whitewash to put Buccaneers 12-0 just after half time.

Next on the score sheet was skipper Tom Shine who, after some fantastic offloading play in a move involving 8 Buccs players, went flying over the try line. DLSP would score 3 points themselves near the end of the second half to complete the 17-3 scoreline.

Notable performances were that of scrumhalf Adam Flanagan who gave quick ball all day long, putting DLSP under huge pressure. Flankers Gavin Daly and Daragh Fitzgerald threw themselves into tackle after tackle throughout the game. The excellent front row of Jim Connolly, Cameron Brill and Kieran Egan put in a fearless performance for the young Pirates, making a massive contribution to scrum and lineout for Buccaneers. Second rows Fionn McDonnell and Cian McCann displayed great ferociousness around the park with McCann showing how great his footwork skills are developing as he popped up on the wing to outrun the home winger. No.8 Luke Balsiger was brilliant in attack, carrying ball all day to put DLSP on the back foot.

Fly half Fallon ran the game for the Athlone side with first centre Orrin Burgess dominating his DLSP opposition. Skipper Shine led by example throughout making vital carries and distributing great ball to the wider players. Both wingers Daly and Finn got their names on the score sheet and worked well with full back Dylan DK Nozzle) King to form a formidable back three for Buccaneers

Replacements Joe Henson and Ethan Friel both came off the bench to impact the game in their respective positions of prop and scrum half. A great win for the young pirates as they continue unbeaten in Leinster.

LATE CANCELLATION OF DOLPHIN GAME BUCCANEERS hopes of topping Division 2A of the Energia All-Ireland League suffered a setback without a ball being kicked or a pass made on Saturday as their fixture away to Dolphin was called off shortly before kick-off time at Musgrave Park, Cork, due to an outbreak of Covid-19 virus in the home side’s squad.

This was frustrating for both clubs as the hosts felt they had players returning from injury to bolster their side while Buccs travelled with a settled squad that had been performing well. Perhaps an earlier call should have been made that would have spared the Athlone side unnecessary travel and expense. Due to AIL regulations relating to Covid, the fixture was deemed a scoreless draw with both clubs being awarded two points.

Nevertheless, the Pirates retains second spot on the league table where Queen’s University now have a three points’ lead.

BUCCS HOME TO RAINEY OLD BOYS RAINEY OLD BOYS make a first ever visit to Dubarry Park on Saturday when
they face Buccaneers in the Energia All-Ireland League. Kick off for this Division 2A game, sponsored by the Hodson Bay Group, is 2.30 p.m.

The Magherafelt club, for whom Brian Smith is Director of Rugby, are struggling somewhat at the moment but will be boosted a recent win over Nenagh Ormonde which has edged them off the bottom of the league table above the Tipperary club.

But in the only previous meeting between Buccs and the Co. Derry club, Rainey were 34-10 winners at Hatrick Park two years ago. Buccs squad has changed significantly in the interim with Evan Galvin, Martin Staunton, Shane Layden and Michael Hanley being the likely surviving starters from that defeat.

SECONDS HOME TO TUAM BUCCANEERS square up to Tuam on Sunday when the teams go head to head in
the Connacht Junior 1A League. Buccs recently prevailed over the Co. Galway outfit
in a sometimes unsavoury Cawley Cup Plate semi-final at Tuam. Hopefully there will
be no repercussions from that encounter. The midlanders must not get dragged into
a dogfight but concentrate on their more expansive style of play that should be
capable of undoing the stubborn visitors. Buccs will also be striving for victory that
can keep them on top of this league. This duel could attract a decent attendance to
Dubarry Park where the action kicks off at 2.30 p.m.

U-20’s AWAY TO TULLAMORE BUCCANEERS U-20’s have the closest thing to a local derby when they make the short trip to Spollanstown on Sunday when they face Tullamore in the J.P.Fanagan Leinster Premier League. This Division 3 game has a 2.30 p.m. start. Buccs lie in second place behind Naas but have a game in hand. Meanwhile, Tullamore are in fifth position with two wins from their three fixtures. However, both their victories were due to concessions by Boyne and Coolmine so their form is hard to judge. Buccs were poor in the first half against Naas but were more like their potential after the change of ends. They will need to be on their game from the kick-off, otherwise Tullamore can upset their ambitions.

BUCCS WOMENS TEAM CELEBRATE A DECADE BUCCANEERS WOMENS TEAM will celebrate playing their first game ten years ago by hosting a function in The Bounty this Saturday from 12.30 p.m. So, ladies especially, come along and enjoy a meal with complimentary wine and also get free admission to Buccaneers All-Ireland League match against Rainey OId Boys (Girls, these boys are not that old so maybe ye will venture out to the game!).

‘YOUR CLUB, YOUR COUNTRY’ GRAND DRAW

Please return ‘Your Club, Your Country’ Grand Draw tickets to our Administrator Geraldine BEFORE the end of November. An all-out effort should be made in the interim by everyone who has tickets to sell to get them sold. There is a fabulous selection of ten prizes on offer including a trip for two to New Zealand next summer to take in Ireland’s rugby tour there. Second prize is a holiday to the value of €5,000.

Any of the prizes would be well worth the tenner a ticket costs! And note that all the money generated by tickets sold by the club is retained by the club. So please support generously and thanks to those who have already purchased tickets.

Congratulations to Robbie Henshaw on winning his 53 rd Ireland Senior cap in the emphatic win over Argentina. Having not played since the final Lions test in South Africa, Robbie can be well pleased with his contribution to this latest Ireland victory.

YOUTHS BUCCANEERS defeated Monivea 15-5 at the Castle Grounds on Saturday and thus qualified for the final of the Connacht U-17 Division One League in which they will face Sligo. Well done, guys.