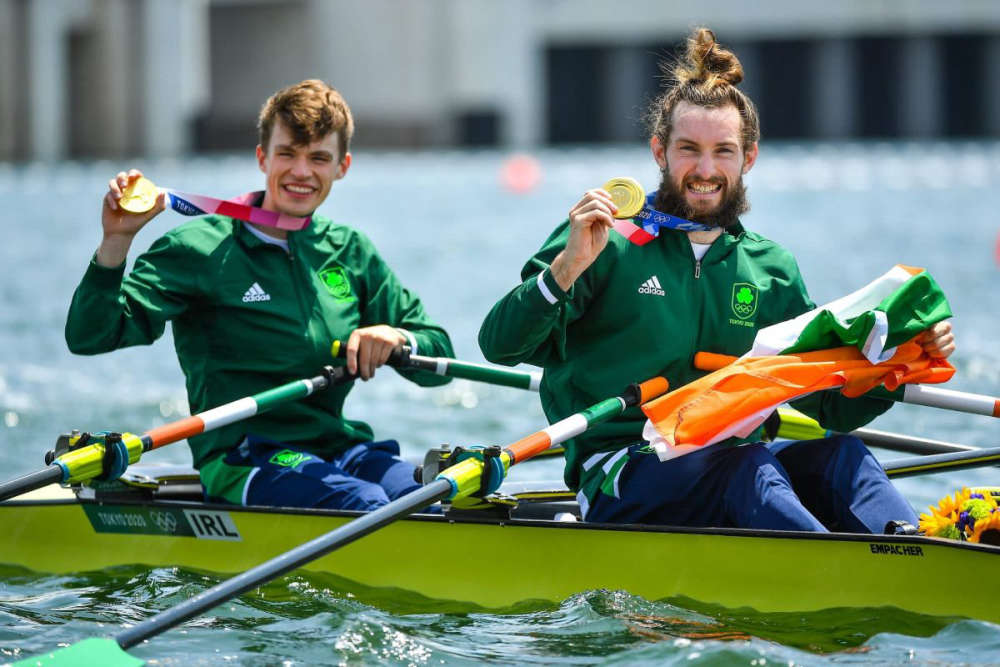 Rowers Paul O'Donovan and Fintan McCarthy have struck gold for Ireland at the Tokyo Olympics.

They edged out Germany to win this morning's men's lightweight double sculls final in a time of six-minutes and six-seconds.

The Skibbereen duo pulled away in the last 300-metres to hand Team Ireland their second medal of the Games, following on from the bronze won by the women's four boat yesterday.

What a morning in Tokyo as Fintan McCarthy & Paul O’Donovan claimed gold to be crowned Olympic champions in a thrilling Lightweight Men’s Double final that saw them cross the line in a time of 6:06.43.

For O'Donovan, it's a second Olympics medal after he claimed silver alongside his brother Gary in Rio in 2016.

There was disappointment though for Sanita Puspure in the women's single sculls.

The two-time World champion has missed out on a place in the final after finishing fifth in her semi-final.

The two-time World champion missed out on a place in the final after finishing fifth in her semi.