Ireland U-19s Advance To Elite Qualifying Round For Euro Championships 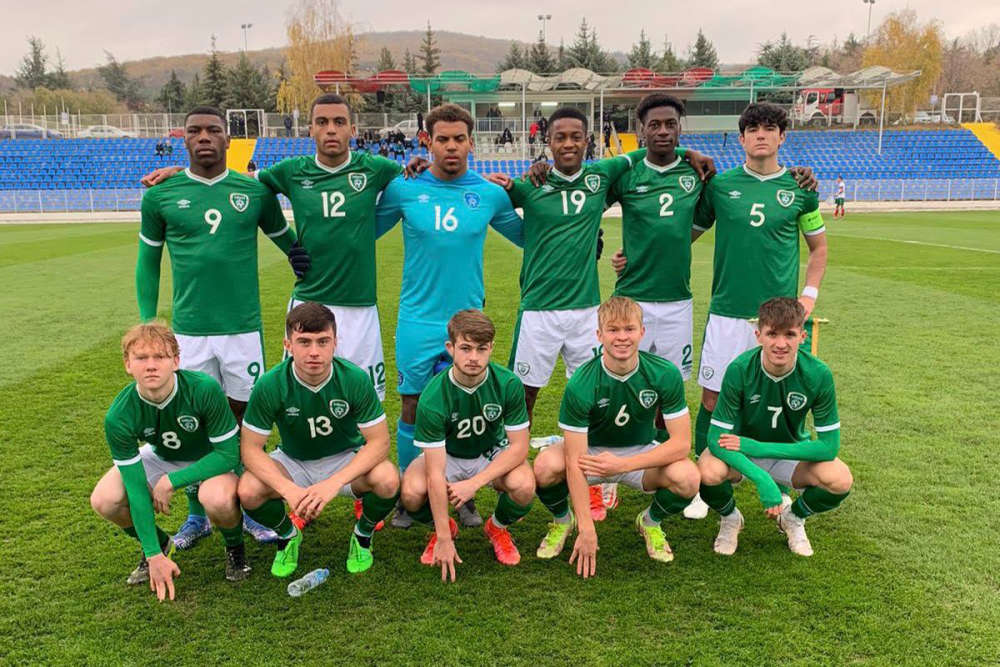 The Republic of Ireland Men’s Under-19s are through to the Elite Round of the UEFA European Under-19 Championship qualifiers following their 2-0 win over Bulgaria on Tuesday afternoon.

A Johnny Kenny penalty in the first half and a thunderous strike from Sean Roughlan in the second - both created by the excellent Sinclair Armstrong - was enough to see Ireland progress to the next stage of qualification having finished joint top of Group 6, albeit second on goal difference.

Manager Tom Mohan made four changes to his side that started their 1-1 with Bosnia & Herzegovina on Saturday as Bosun Lawal, Tayo Adaramola, Val Adedokun, Andrew Moran dropped out and they were replaced by David Okagbue, Sean Roughlan, Aidomo Emakhu, and Cian Hayes.

The young Boys in Green knew they only needed a draw to secure the place in the next round but they started this game on the front foot although Kenny and Jack Henry-Francis failed to trouble the goalkeeper with their efforts early on.

The visitors would finally grab the opening goal that their dominance deserved midway through the first period as Armstong was bundled over inside the penalty by Dyulgerov, which allowed Sligo Rovers’ Johnny Kenny to expertly drill his spot-kick into the bottom left corner.

The Irish had further openings to add to their lead before the half-time break but Armstrong just overhit his pass as he tried to send Aidomo Emakhu through on goal before Cian Hayes blasted over after his quick feet in the box created space for the shot.

They remained the better team throughout the second 45 as Armstrong continued to cause the defence problems.

The Torquay United striker, who is on loan from Queens Park Rangers, saw two attempts denied by keeper Hristiyan Georgiev Slavkov just past the hour mark before he soon sent Henry-Francis’ layoff curling past the far top right corner.

Ireland restricted Bulgaria to very few genuine sights at goal although forward Martin Sorakov looked like he was certain to snatch an equaliser in the 80th minute but captain Anselmo Garcia MacNulty produced a sensational last-ditch tackle to deny him.

That proved to be decisive as a minute later Ireland sealed the win when Armstrong released Sean Roughlan and from a tight angle, the Lincoln City defender rifled the ball past Slavkov at his near post and into the roof of the net.

Speaking after the game, MU19 Head Coach Tom Mohan said: "I'm delighted for the players and staff. They have worked incredibly hard and they deserve to qualify. The logistics to get here were difficult and we were up against tough opposition over the three games.

"I'm so happy to qualify for the Elite Round. A lot of these players missed the Elite Round at the Under-17 age group so to get the job done and go into the next phase of qualification next year is all down to the brilliant work of the players and staff."