There's some decent games on the first weekend.

Champions Manchester City will go to Tottenham Hotspur on the opening weekend of the new Premier League season.

Manchester United will host their rivals Leeds United at Old Trafford, with Liverpool away to newly promoted Norwich City.

Brentford, who will taste Premier League football for the first ever time, will host Arsenal on the opening weekend.

Champions League winners Chelsea will be at home to Crystal Palace.

Everton will kick off their challenge against Southampton.

It will be Newcastle United against West Ham United on the opening weekend, Leicester City will face Wolves, Watford will meet Aston Villa and Brighton will go to Burnley.

The first day of the new season is currently designated for Saturday August 14th. 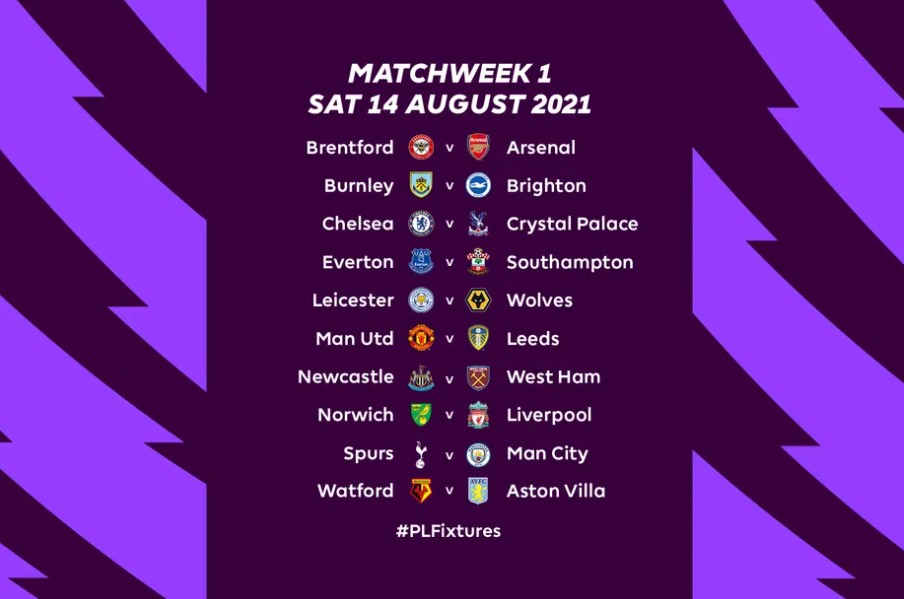 Those dates are subject to change because of TV.