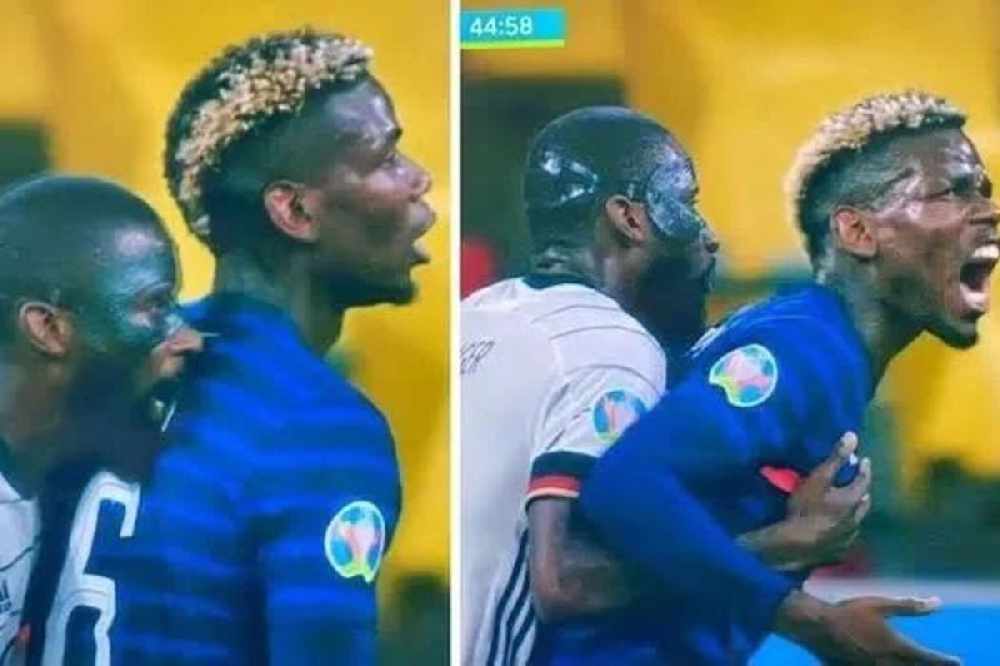 Antonio Rudiger could find himself in a spot of bother after last night's European Championship game in Munich.

The Germany defender appeared to attempt a bite on Paul Pogba near the end of the first half.

France won the game 1-0 thanks to a Mats Hummels own goal.

Germany were the better side in the second half, but couldn't find the breakthrough.

Rudiger could faces disciplinary action as he appears to bite Paul Pogba after the two came together. [@Telegraph] pic.twitter.com/ammaDHIOmt

Portugal are top of Group F after their 3-nil win over Hungary in Budapest.

Meanwhile  In their first ever Euros, Finland could take a huge step towards the last 16 today.

They'll look to follow Saturday's win over Denmark with a similar result against Russia in Group B in St. Petersburg from 2.

Hostilities in Group A resume at 5, with Wales playing Turkey in Baku.

Then at 8, Italy face Switzerland in Rome.

Wales failed to impress against the Swiss, but earned a point.

And Gareth Bale says the final score is what counts: