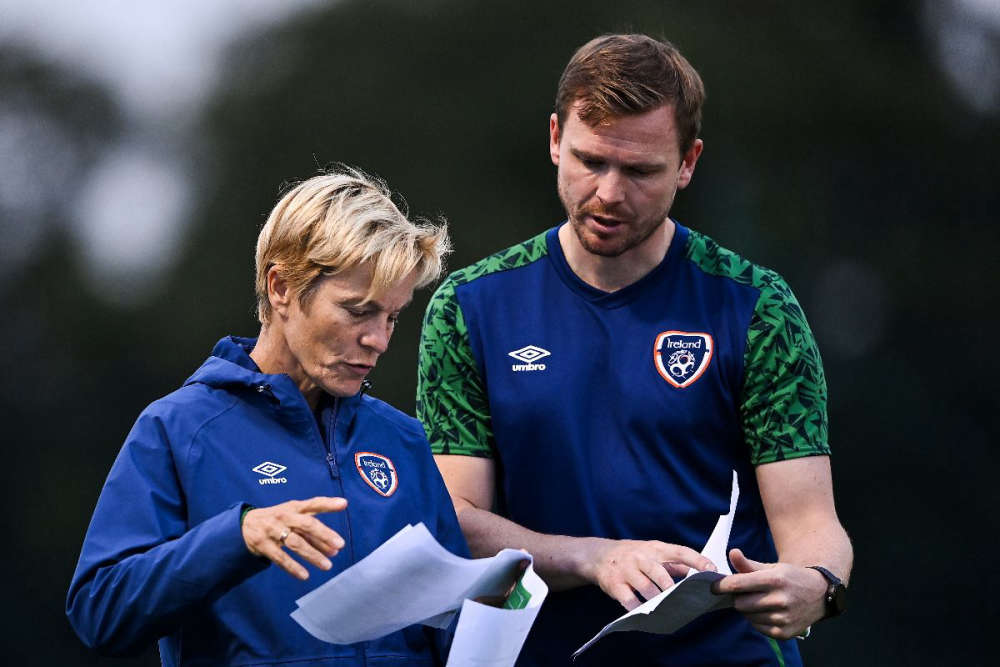 He replaces Eileen Gleeson who's now the Head Coach of Glasgow City.

Tom Elmes has been appointed as the Republic of Ireland Women's National Team Assistant Coach ahead of the 2023 FIFA Women's World Cup qualifiers against Slovakia and Georgia.

Vera Pauw's squad are back in Tallaght Stadium for two crucial qualifying games on Thursday, November 25th and Tuesday, November 30th as they look to build on last month's win away to Finland.

Elmes replaces Eileen Gleeson who has departed to take over as Head Coach with Glasgow City. He joins the backroom staff in time for those two World Cup games as he combines his role as Ireland Women's Under-16 Head Coach.

"This is a great opportunity for me to work with and learn from Vera (Pauw) as well as the Republic of Ireland Women's National Team players as we look to qualify for the 2023 FIFA Women's World Cup.

"I've thoroughly enjoyed my time so far with the Football Association of Ireland even if it's been a bit of a whirlwind; leading the Women's Under-16s, working alongside James Scott with the Women's Under-17s, being part of the WNT Home-based sessions and learning from everyone involved in the international set-up through our regular interactions.

"This is a really exciting time for women's football and I'm delighted to be asked to join a team that has been performing brilliantly for quite a while now. I look forward to linking up with Vera, Jan Willem van Ede, Andy Holt and the rest of the staff as we set out preparing for the two home games this month."

Speaking about the appointment, Vera said: "I'm delighted to welcome Tom to our team. He is an excellent coach with a deep knowledge of the Irish game, the players available to us and, crucially, how we want to do things within the Republic of Ireland international set-up.

"Throughout my career, I've always worked with Assistant Coaches who have a strong knowledge of the national league and Tom's experience in that area will be a fantastic asset for us in identifying and monitoring home-based players.

"It was unfortunate timing for us that Glasgow City came in with an offer for Eileen Gleeson but we fully respect and support her decision to take on that role. In Tom, I believe we have a top class coach with a lot of experience and a desire to keep on improving.

"We are excited to meet up again for the games against Slovakia and Georgia, which are really important as part of our qualifying campaign, and having Tom part of our team will give us a big boost."