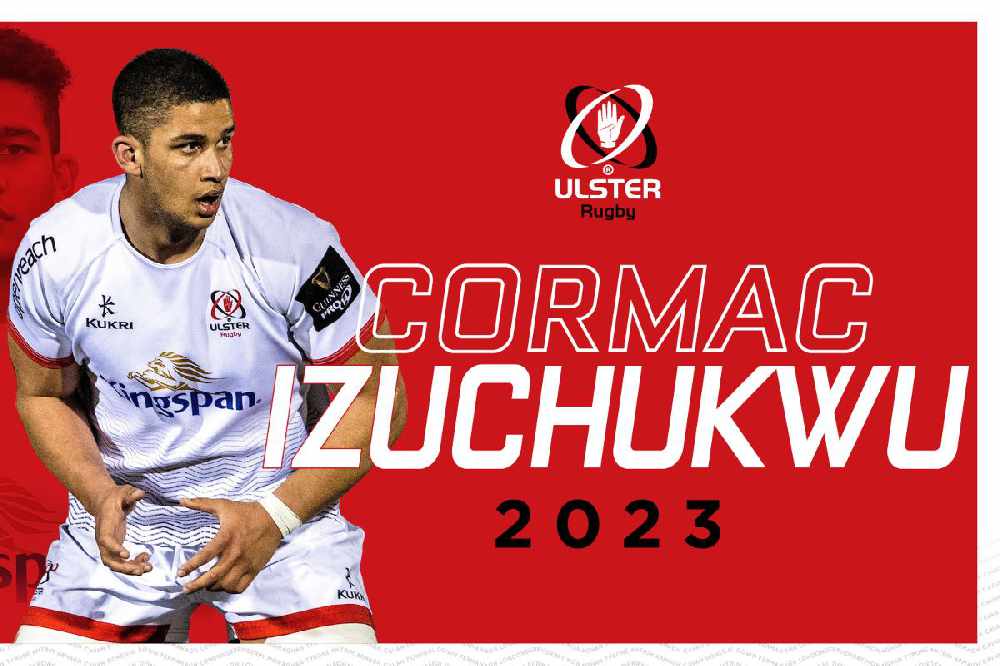 Cormac Izuchukwu made his debut for the northern province in Ferbruary.

Cormac Izuchukwu has signed a new contract with Ulster until the end of the 2023 season.

The Ireland Sevens international made his senior debut off the bench in the northern province’s away victory over Glasgow Warriors in February.

The former Tullamore RFC man spent time developing with the Ireland Sevens side before making the switch north.

“I first connected with Izzy through the Sevens programme when I was undertaking some CPD with Anthony and his team as they prepared for the Dubai tournament.

“It was here I got an opportunity to see Izzy’s obvious athletic talent, his acceleration and balanced running, which for a player of his size, was excellent. He was also receiving very good individual skills coaching from Anthony and the Sevens coaches to develop his core skills, which were essential for Izzy at that point in his development.”

He will now ply his trade with Ulster for another two seasons.