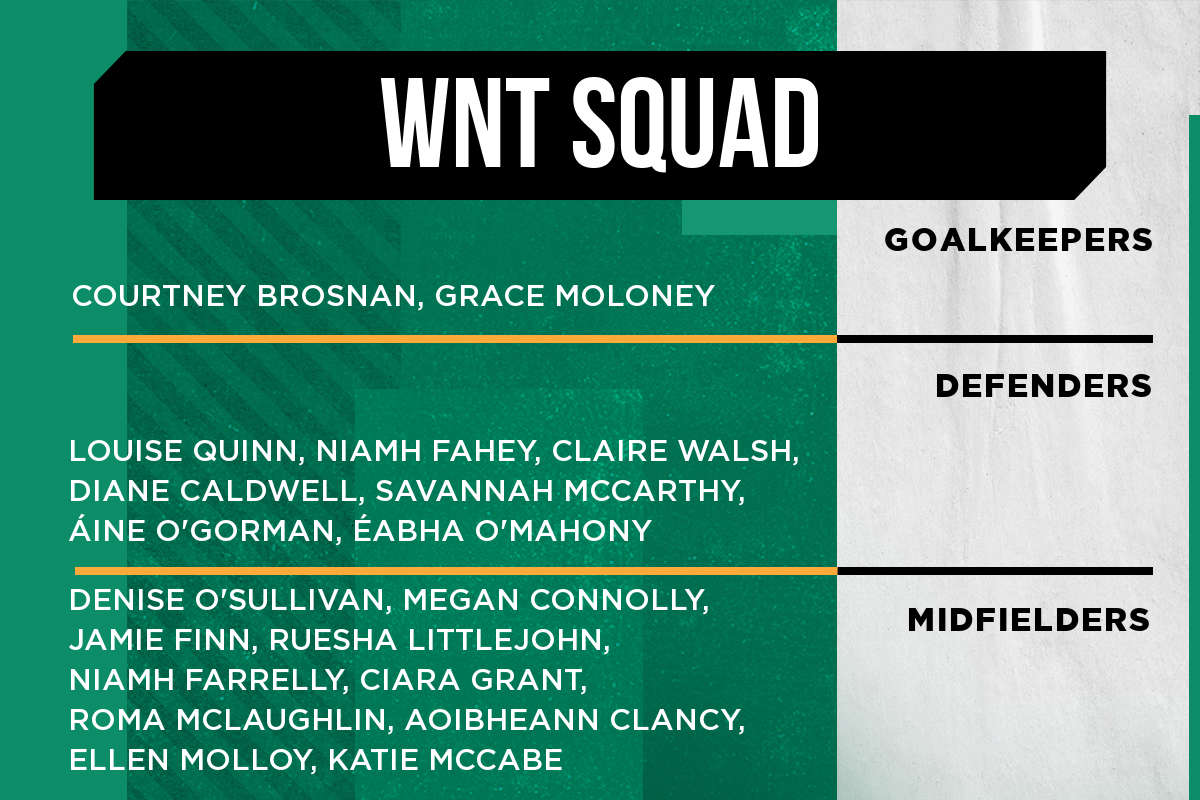 They play Slovakia and Georgia next week.

A squad of 25 players has been selected for the Republic of Ireland Women's National Team's upcoming 2023 FIFA Women's World Cup qualifiers at Tallaght Stadium.

Manager Vera Pauw is preparing her team for their third & fourth games in Group A with Slovakia coming on Thursday, November 25th before facing Georgia on Tuesday, November 30th.

A third goalkeeper will be added to the squad once international clearance comes through from FIFA.

The Wexford Youths and Shelbourne players will link up with the squad after the EVOKE.ie FAI Women's Cup Final on Sunday, November 21st - with the rest of the Ireland squad set to attend that game as spectators.

Tickets are selling well for both World Cup qualifiers and fans are encouraged to secure their seat now and turn up on both nights to support the Girls in Green.