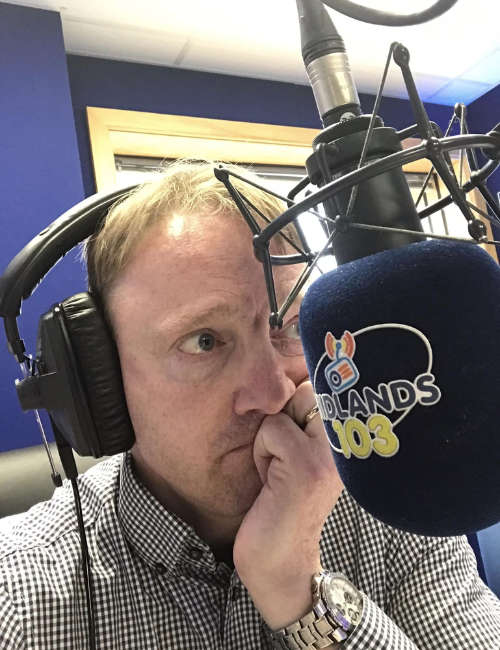 A born true blue ‘Dub’, Liam is no stranger to being the subject of caller anger and causing uproar and upset as presenter of Midlands 103’s most controversial show - 'The Saturday View'.

His blunt and outspoken style tends to ruffle more than a few feathers on a Saturday morning.

Liam began his Midlands 103 back in the ‘Radio 3G’ days in 1991, during his second year studying Broadcasting & Journalism in Ballyfermot Senior College.

After many freelance stints for various Dublin stations and “writing bits” for newspapers, his full time Midlands 103 broadcasting career began in 2003 with the ‘Athlone Today’ show, expanding to the ‘Westmeath Today’ show in 2004, before joining the newsroom from 2006 to 2011.

Outside radio, Liam is married to his “soulmate and best friend”, Tullamore native Davina.

Together they have 5 children and their Labrador Toby.

As for taming things down, Liam says “not a chance…it’s Talk Radio, it’s what I do”!

So – If you want to come on the programme you better have something to say – we know Liam does!