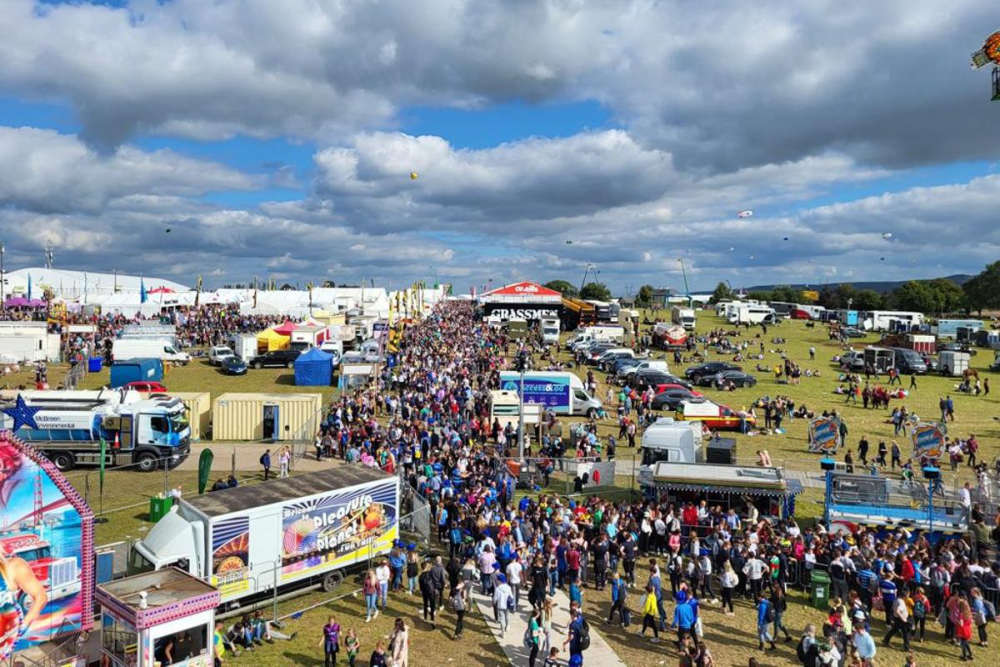 A selection of the interviews, photos and videos recorded at this year's event.

The World and National Ploughing Championships seen around 277,000 attendees over the three days.

Wednesday had the highest ever experienced crowd at 115,500 people.

While the sun was shining the first two days, it did not effect the crowds still eager to attend on the final day.

Midlands 103's Roy Jennings days as an ice-cream man ended in disaster. The Drivetime presenter was trying to break a record for the largest cone:

Ploughing - Roy tries his hand at becoming an Ice Cream Man - What do you think happens... #feelgoodploughing #IceCream

Farmers in the midlands are being encouraged to bury their underwear, to test soil health.

The Irish Farmer's Journal is behind the campaign, and is asking people to bury cotton underwear four inches in the ground for two months.

Cotton underpants are a source of carbon, and bugs will eat them - if the soil is good.

Ratheniska's Siobhan Walsh is Farming Sustainability Specialist with the Farmers Journal, has been speaking with Will Faulkner on Midlands Today and she explains what you should do if, after two months, they're still intact:

School was out for many of the students in the midlands this week.

Midlands 103's Sinéad Hubble caught up with some young lads from Offaly:

WHAT A DAY! 🚜 As day one of the National Ploughing Championships comes to an end take a look at what the Midlands 103 team got up! We can't wait to do it all again tomorrow! Thank you to Bank of Ireland Hidden Hearing Ireland Aldi Ireland National Broadband Ireland For supporting us. #ploughing #feelgoodploughing #Ireland

FarmDroid FD20 beat very stiff competition to be announced as the prestigious National Ploughing Championships ‘Machine of the Year’. It is the world’s first fully automatic robot that can take care of both sowing and weed control. The robot enables farmers to reduce the cost of sowing and weed control while doing it CO2 neutral, and pesticide-free. Furthermore, the robot reduces or even eliminates the need for exhausting, manual work.

Day 2 is in the bag! 🚜 Watch the video to find out what the Midlands 103 team got up today! Thank you to Bank of Ireland Hidden Hearing Ireland Aldi Ireland National Broadband Ireland Tullamore pipe and drain cleaning #ploughing #feelgoodploughing #Ireland

Congratulations to all the winners from Day 3 of #Ploughing2022 pic.twitter.com/UOdPi3qM7n

The coveted 2022 Best Brown Bread Baker title went to Darragh O’Brien from Co Kildare, his bread will be sold in Aldi stores nationwide and he will receive €15,000 for his triumph.  It is the first time that a man has won the National Brown Bread Baking Competition, sponsored by Aldi and run in conjunction with the ICA, since its inception in the early 1950s.

Midlands 103's Will Faulkner and Peter Dunne were challenged to the step up challenge and hang tough.

Listen back to see who was crowned the winner:

Visitor's to Ratheniska were also asked to vote for their favourite hymn.

Midlands 103's Sinéad Hubble even got a song from Bishop Denis Nulty when she met him at the Kildare and Leighlin Diocese stand:

The votes were counted yesterday and 'Our Lady of Knock' claimed the title.

And that's a wrap! Day 3 of the Ploughing saw plenty of rain but no dampened spirits. From 6:30am all the way to 7pm, it was a pleasure to bring all the happenings, personalities, and laughs from the National Ploughing Championships 🚜 Thank yous today go to the wonderful folks at: Bank of Ireland SWS Forestry Aldi Ireland Portlaoise Stone Centre Limited #ploughing #feelgoodploughing #Ireland

There were loads of new ideas and initiatives at the National Ploughing Championships. One of those is a product called My Gug which takes your food waste and turns it into cooking gas and fertiliser for garden. Midlands 103’s Sinéad Hubble has been finding out how it works from Fiona Kelleher: 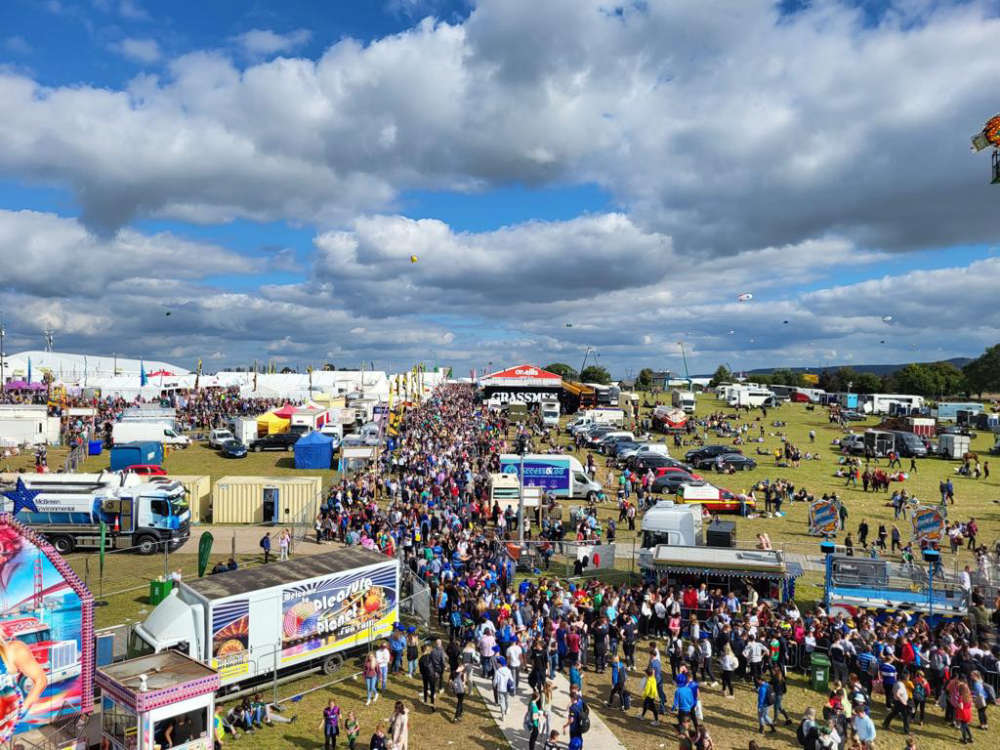 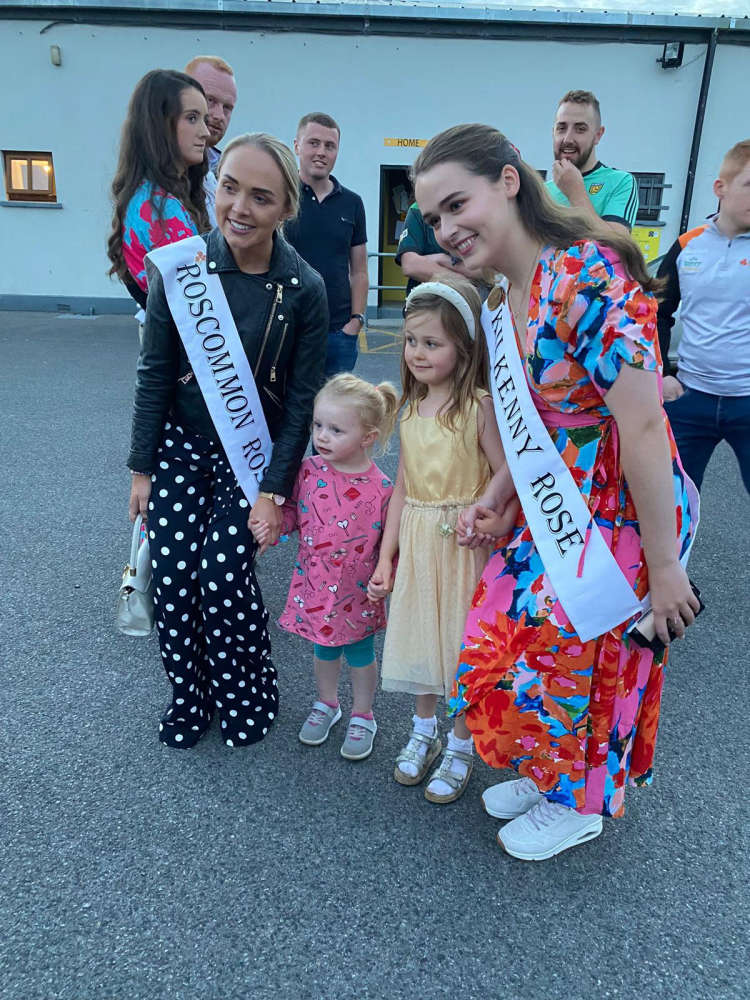