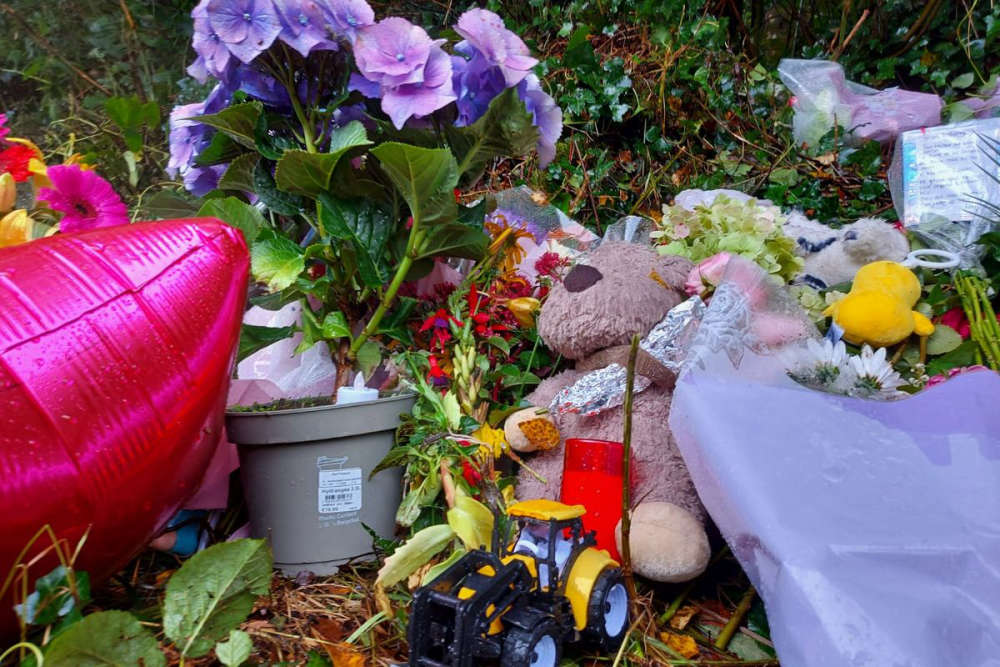 Tributes left at the scene of the tragedy in Lacken, Co. Westmeath.

She was arrested yesterday.

Gardaí are continuing to question a woman in her 40s in connection with the deaths of two children who died in a car fire earlier this month.

A two year old boy and a five year old girl died in the incident, in Multyfarnham, Co Westmeath, on the 9th of September.

The woman is being held at an undisclosed Garda station in the midlands for questioning under section 4 of the Criminal Justice Act.

Two year old Mikey and five year old Thelma Dennany along with their mother Lynn Egar, were in the car at the time of the blaze.

Emergency services were called when another motorist came upon the burning car on a minor road at Lacken, between Coole and Multyfarnham.

The vehicle was on fire in the centre of the road and the driver who was first on the scene tried to rescue those inside before the emergency services arrived.

Both children died while their mother Lynn suffered serious injuries.

A criminal investigation was launched by Gardai shortly after the incident.