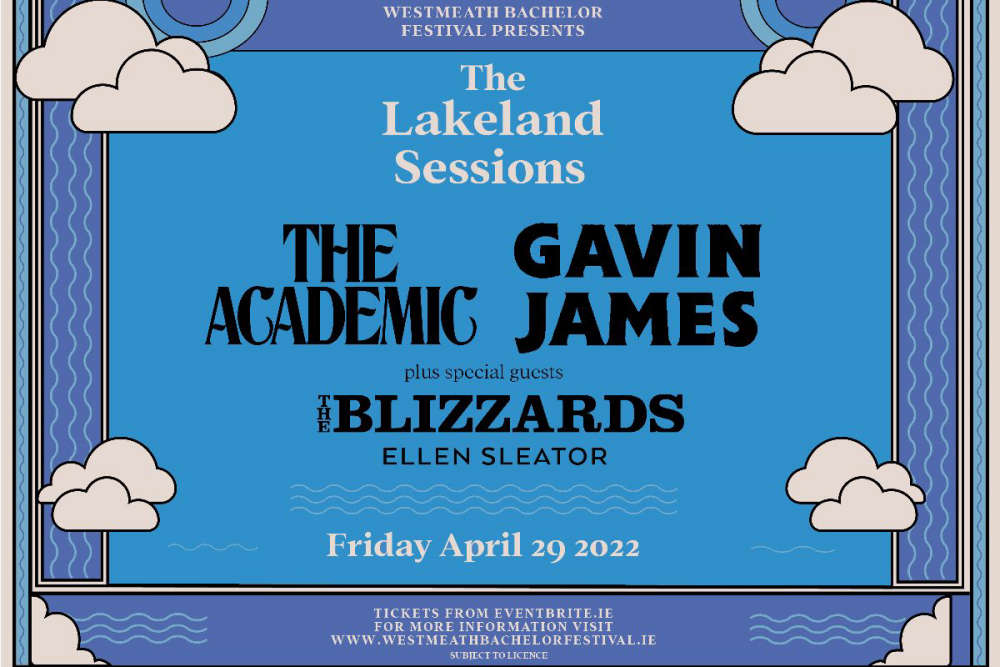 The Lakeland Sessions will form part of the Westmeath Bachelor Festival.

Some of Ireland's favourite music acts are set to perform at the midlands' newest music festival.

The Lakeland Sessions, which is being launched today, will form part of next year's Westmeath Bachelor Festival.

Gavin James, along with homegrown stars The Academic, The Blizzards and Ellen Sleator will take to the stage in Blackhall, Mullingar on Friday 29th April.

Tickets go on sale this Friday morning at 10 o'clock.

Tom Nally, Event Manager with the Westmeath Bachelor Festival - which will take place across the May Bank Holiday Weekend - says they're delighted with the line-up:

"We are really excited to announce this stellar lineup for the Midlands... The location of the gig is a great one, as Mullingar is smack bang in the middle of the country, making it an attractive and accessible location for music lovers from right across the island. It is just over an hour from Dublin, 1hr40 from Galway, 2hrs10 from Limerick, 2hrs20 from Belfast and is serviced by Irish Rail and Bus Eireann. We look forward to welcoming you all for the May Bank Holiday Weekend, 2022."

Local boys The Academic will be making an appearance and lead singer, Craig Fitzgerald says he's looking forward to the town's biggest gig in years:

Music lovers will also be treated to performances from special guests and hometown stars, The Blizzards and Ellen Sleator.

Tickets going on sale this Friday, November 19th at 10am and organisers are encouraging music lovers to buy early to avoid disappointment at westmeathbachelorfestival.ie.

Further acts for Saturday April 30th and Sunday May 1st will be announced on Midlands 103 tomorrow so stay tuned.