Tributes Are Being Paid To Midlands 103's Albert FitzGerald 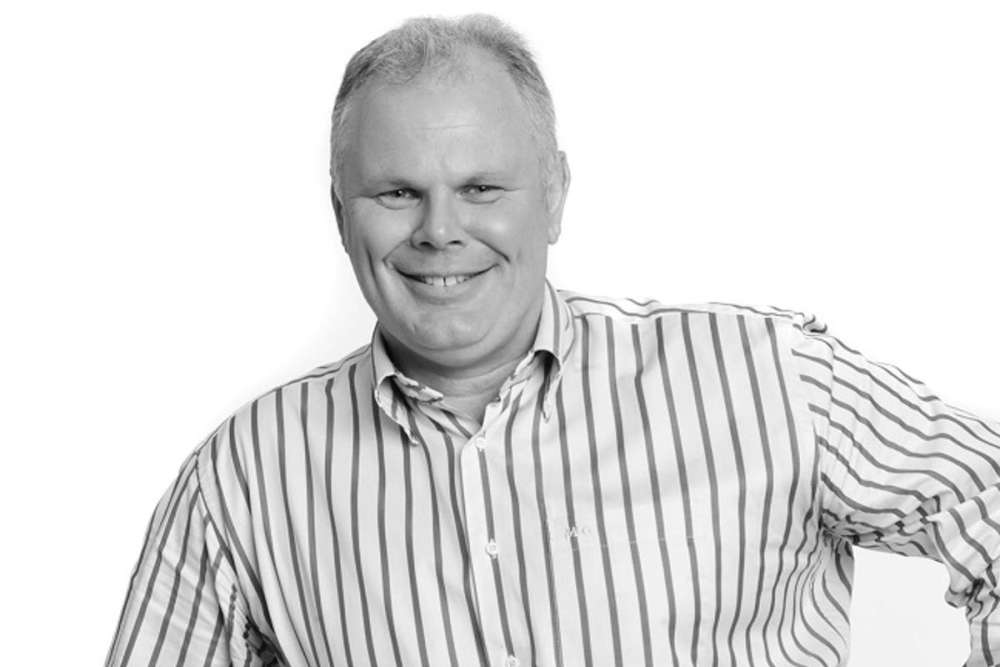 Albert began his radio career as a salesperson with Cork’s ERI.

Tributes are being paid to Midlands 103's Albert FitzGerald who passed away on Saturday.

He began his radio career as a salesperson with Cork’s ERI, instantly falling in love with the medium and receiving promotion to Sales Director in less than six months. 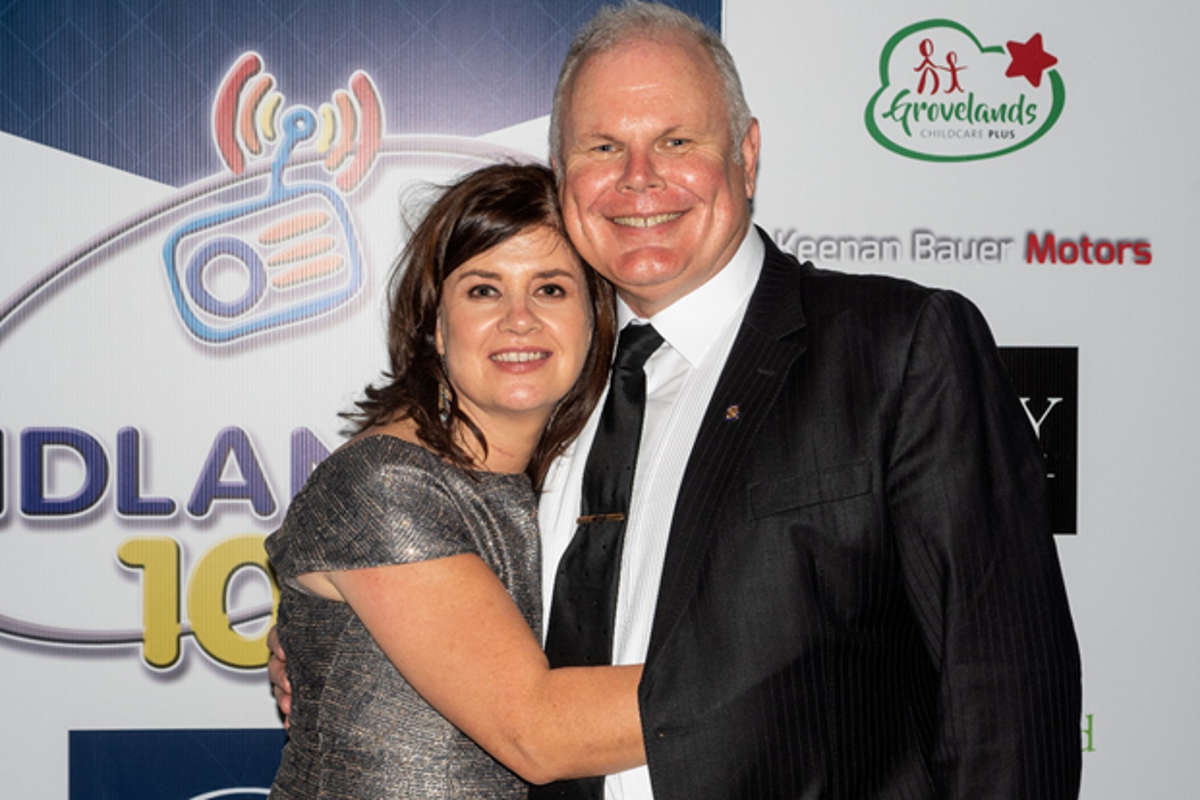 Albert with his wife Siobhán.

He arrived in the midlands in 1995, and put down roots in Tullamore.

He retired as Managing Director from Midlands 103 in December 2021.

He was a staunch supporter of many industry innovations including the training body Learning Waves, the Independent Broadcasters of Ireland and IRS Plus in Dublin, where he remained as an Executive Director.

Former Taoiseach Brian Cowen has been expressing his sympathies to Albert's wife Siobhán and their sons Andrew and Stephen. He described Albert as someone who was always positive and upbeat. He has been speaking with Ronan Berry on Taking Care of Business:

Deepest sympathies to Albert’s family and friends. I worked with Albert at ⁦@Midlands103⁩ in Tullamore (then Midlands Radio 3) in 1996 and ‘97. Always committed to community and to local radio. https://t.co/I0vzO8ktMK 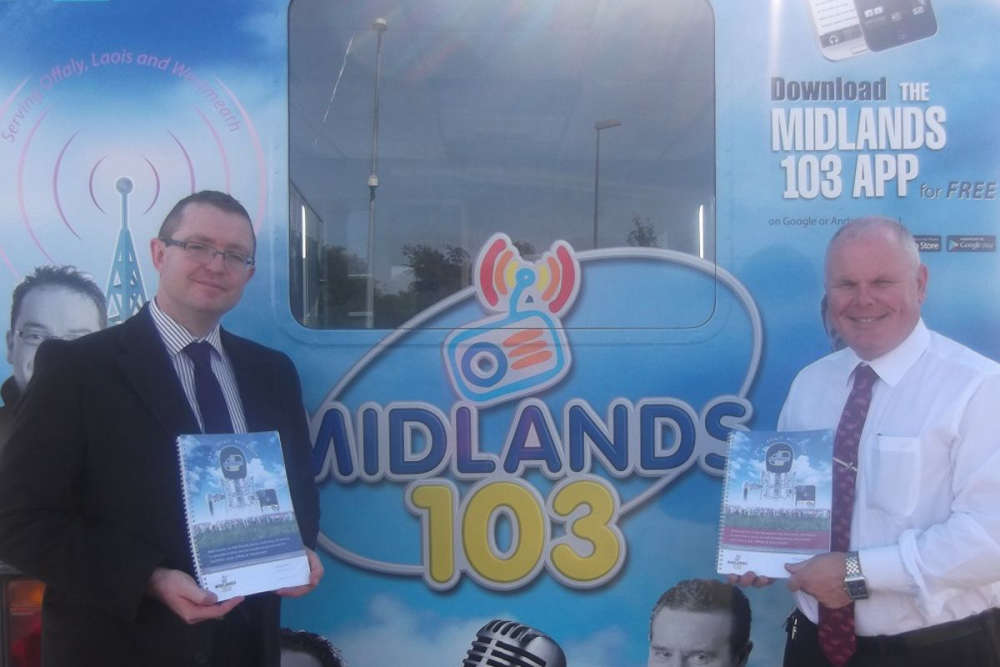 John Purcell, Chairman of the Independent Broadcasters of Ireland, has been speaking with Will Faulkner on Midlands Today. He says Albert was held in such high regard throughout the radio industry: 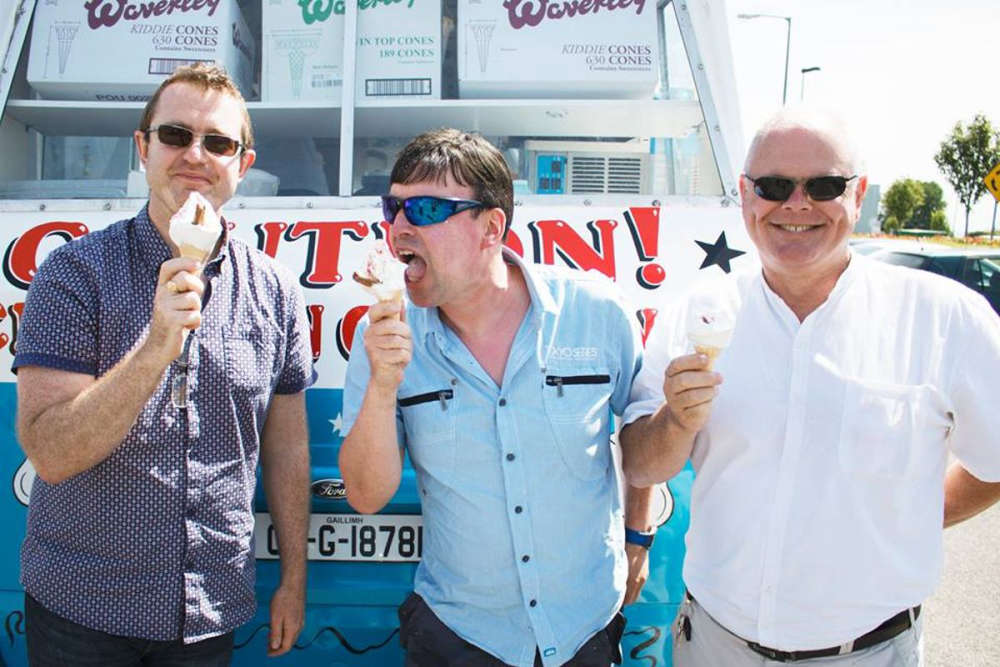 The 59-year-old was an accomplished presenter and producer too, with a gold PPI Radio Award and a Justice Media Award. He has used his music passion to promote charity concerts, raising over €100,000 for the Tullamore & District Rotary Club - the same organisation where, as President, Albert spearheaded a modernising policy to admit women as members.

President of Tullamore Rotary Club Eoin Sheehan has been recalling Albert's generous spirit on Midlands Today with Will Faulkner: 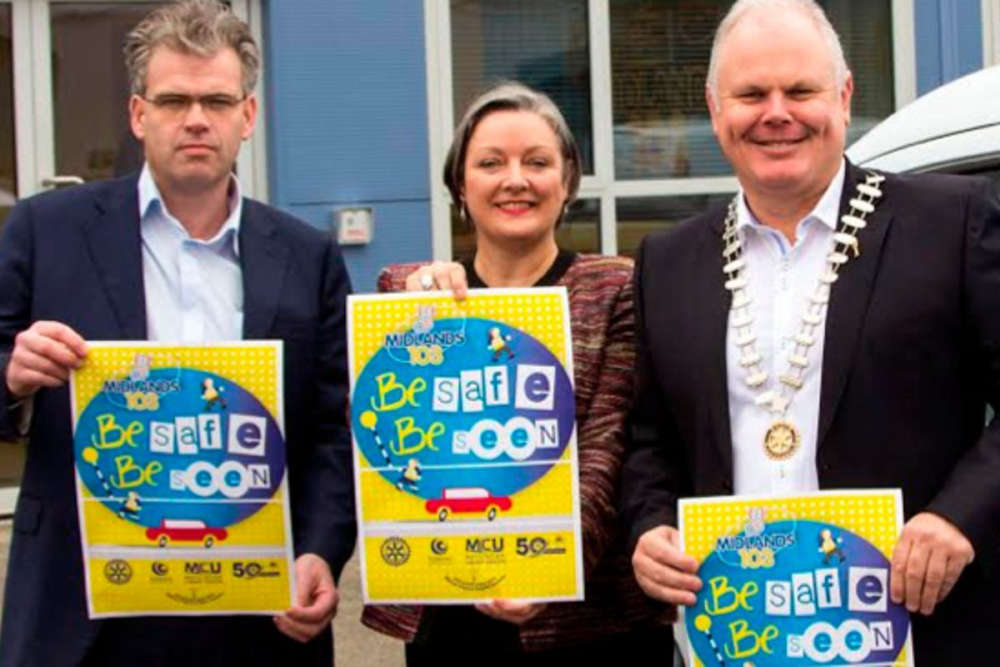 Following his retirement at the end of 2021, the dad of two described broadcasting as an amazing journey. He said "we are so lucky to have such high quality radio in Ireland and I’m especially proud of Midlands 103, operating in the most competitive part of the country but delivering the biggest weekly audience of any local station outside of Dublin and Cork. It’s a real credit to the dedication and skill of its management and staff.”

He stepped down as Group Managing Director of Tindle Radio in December 2021 in order to concentrate on his family.

Donal O'Gorman, from O'Gorman's The Bog Road in Portlaoise, first met Albert over two decades ago and he recalled Albert's talent for script writing with Ronan Berry on Taking Care of Business: 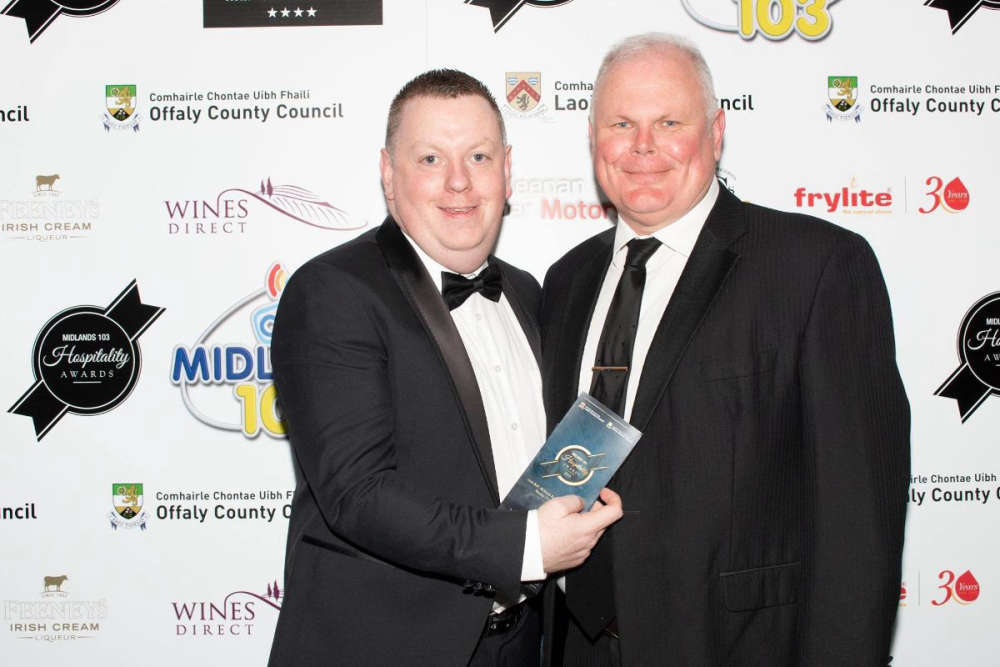 Brian Cunningham and Albert FitzGerald at the Midlands 103 Hospitality Awards.

Brian Cunningham has been paying tribute to his close friend and told Will Faulkner on Midlands Today that he will remember him fondly. He says Albert was a wonderful and loyal friend:

Danny Cammiade, CEO of Tindle Newspapers Ltd, has also been paying tribute to Albert. He said: “Positive in everything he did, Albert’s contribution to our radio business and its success reflected his drive and energy. We all respected his leadership, trusted his judgement in leading the business and admired the determination he showed to make a positive difference.

“Always offering a whirlwind of ideas and solutions to every challenge he came across, his legacy within our radio business will live on in the good hands of the people he trained and loved. The deepest sympathies of the Tindle family and the board are with Albert’s family at this difficult time.”

Owner of the Greville Arms Christy Maye described Albert as a wonderful business who was always on hand to help. He joined Ronan Berry on Taking Care of Business to share his fond memories: 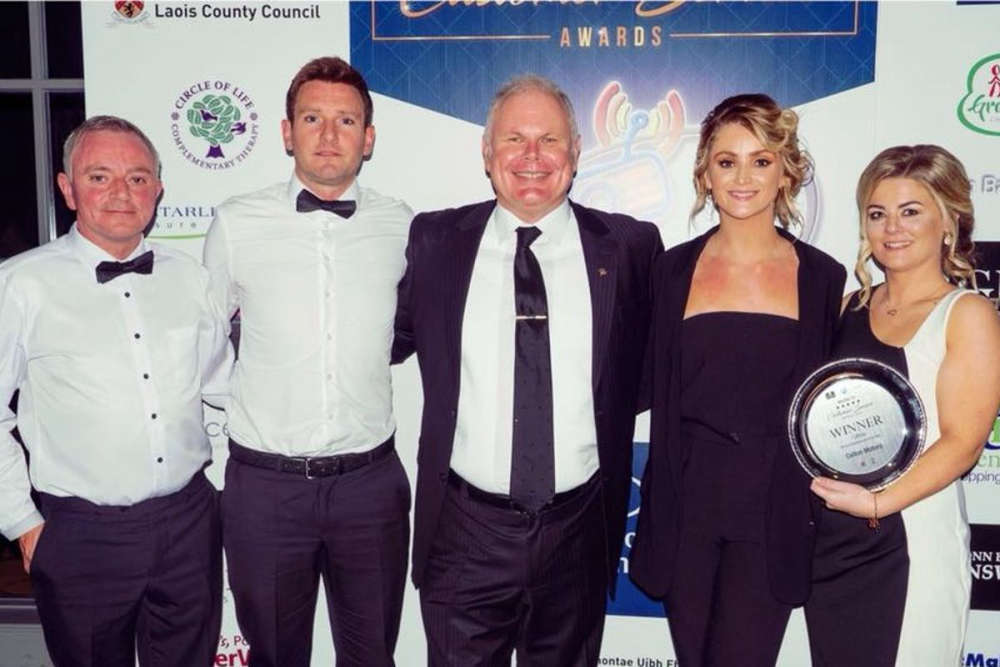 Learning Waves, the training & networking hub for the Independent Radio Sector, says Albert will be remembered for his enthusiasm, his larger than life presence and his dedication to the sector.  He was involved with the organisation from the start and was instrumental in bringing key sales trainers and speakers to the network and to the industry.  Teresa Hanratty says he was always willing to share ideas, solutions and above all his time and was a great support to her over the last 18 years of Learning Waves and she will remember him for his kindness, generosity and above all his smile.

Albert was a wonderful story teller and he joined Will Faulkner on Midlands Today last June and recalled the time he met pop princess Britney Spears:

Laois Chamber described Albert as a true gentleman and a wonderful person. Caroline Hofman says even though he was a very proud Cork man his heart was in the midlands. She's been telling Ronan Berry on Taking Care Of Business about how he was always trying to promote the region:

Albert is survived by his wife Siobhán and their sons, Andrew and Stephen.

He is sadly missed also by his two sisters, four brothers and numerous dear friends.

Dominic Doheny, Director at Flanagan's Developments in Tullamore, knew Albert for many years and has been telling Ronan Berry on Taking Care of Business that Albert always promoted the midlands region:

David Tighe, Managing Director - Northern Ireland Bauer Media Group, said "Albert was a great radio colleague of mine for over 20 years, he was a fantastic advocate for radio and ultimately a lovely human being. When I chaired the Independent Broadcasters of Ireland, he always offered me support and encouragement, at Independent Radio Sales his advice was always constructive and throughout the years he was one of the few I could call to have a chat with about radio - he got it! Albert was a kind and generous friend and helped me both publicly and privately on many occasions (he even found me a flat to stay in when I moved to Dublin in 2009/10 to launch Radio Nova) he was also so kind to me when my father from Multyfarnham passed away in 2019 - I'm glad we spoke with each other 4 weeks ago and I will really miss him. My thoughts are with his family, friends and colleagues at this time".

Albert also had a great love of music. Tom Sheerin, from the Sheerin Family Band, says the news of Albert's passing came as a shock: 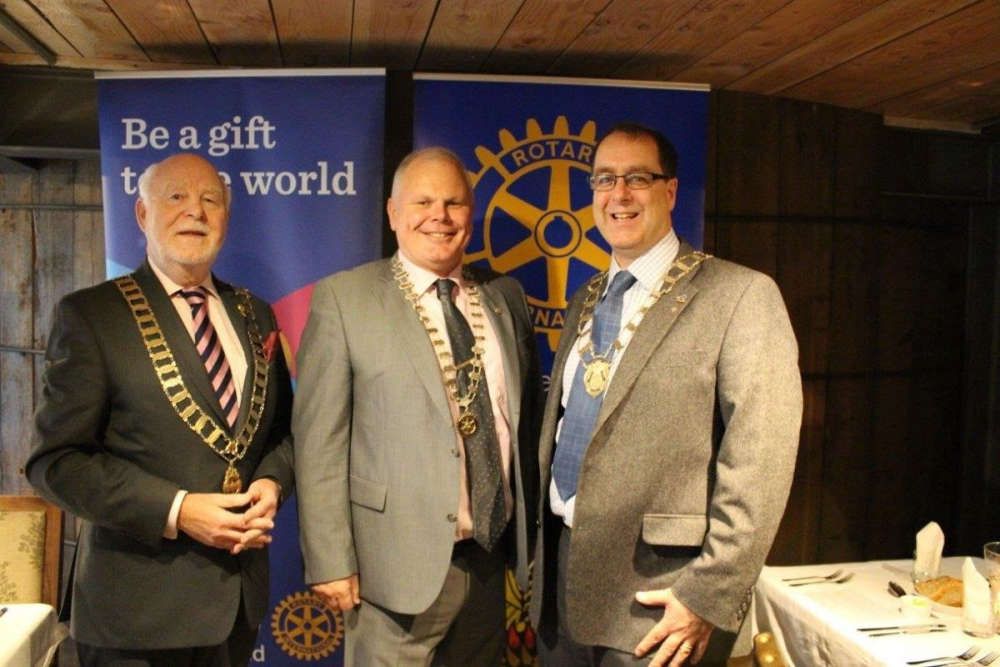 Albert is pictured at the official charter event for Tullamore & District Rotary Club in 2016 with DG Declan Tyner and President Ciaran Mannion of Athlone Rotary Club.

Ballinamere GAA is also extending their sympathies to Siobhán, Stephen & Andrew on the untimely passing of Albert. They described him as a great supporter at underage and adult level.

RTE's Fiona Mitchell began her career in Midlands 103 in the 1990s and she says he was a force of nature:

Managing Director of Midlands 103's Will Faulkner says Albert has been mentoring him for the last 17 years and he learned so many lessons from "one of the best businessmen in the country": 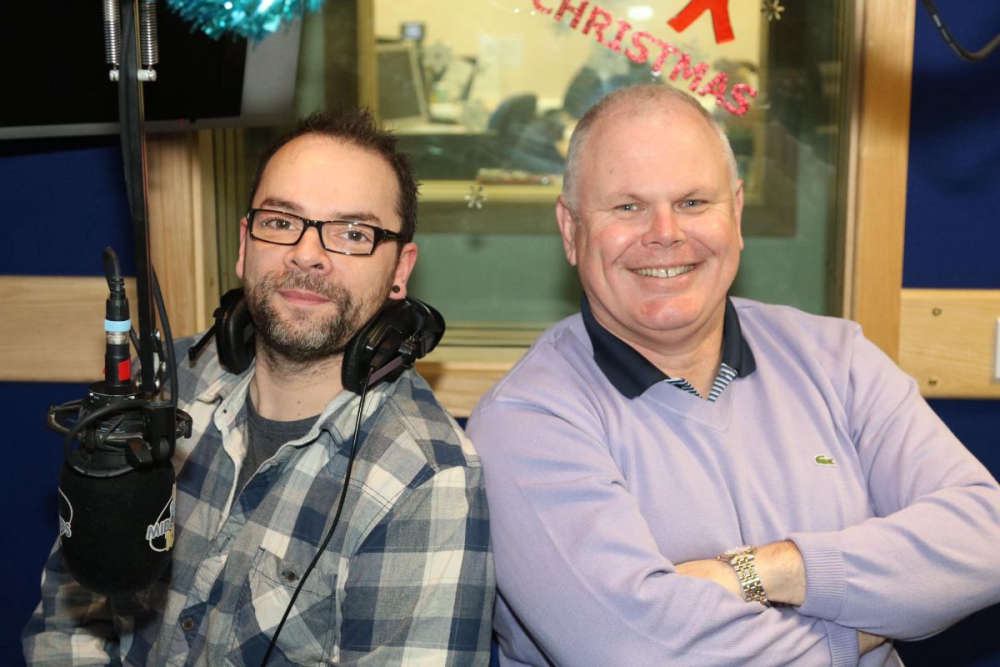 Former chairman of Tindle Radio Robert Stiby has known Albert for over 20 years and says he was an inspiration:

Former RTÉ midlands correspondent Ciaran Mullooly recalled the first Albert interviewed him for a show, he described Albert as a pure natural - a great broadcaster and showed real professional in all he did. 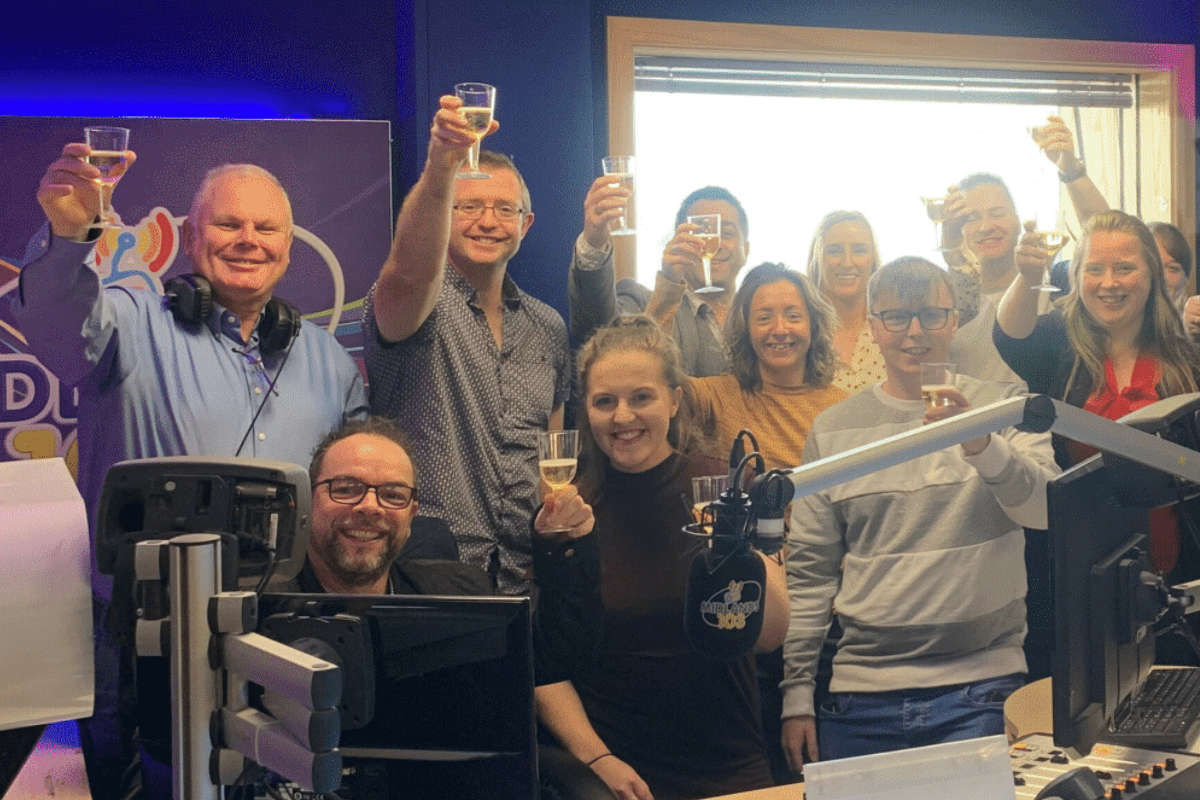 Albert with his Midlands 103 colleagues.

Mullingar Chamber of Commerce's John Geoghegan says Albert was a straight talker and the town will also be indebted to him for all the airtime he gave to the area. He joined Ronan Berry on Taking Care of Business and to remember some of the advice he received from Albert over cups of coffee: 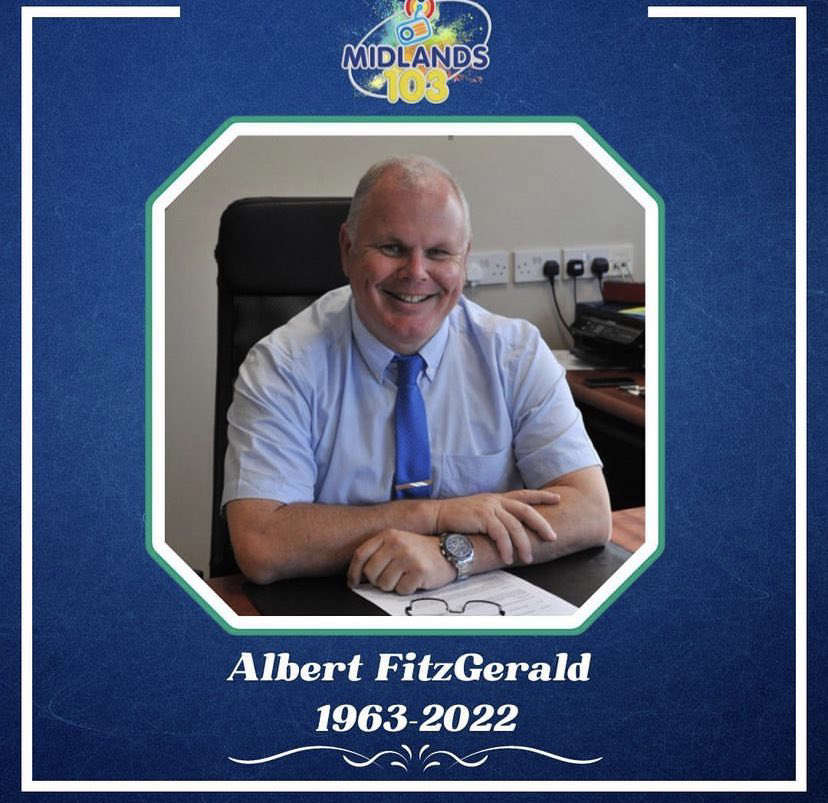