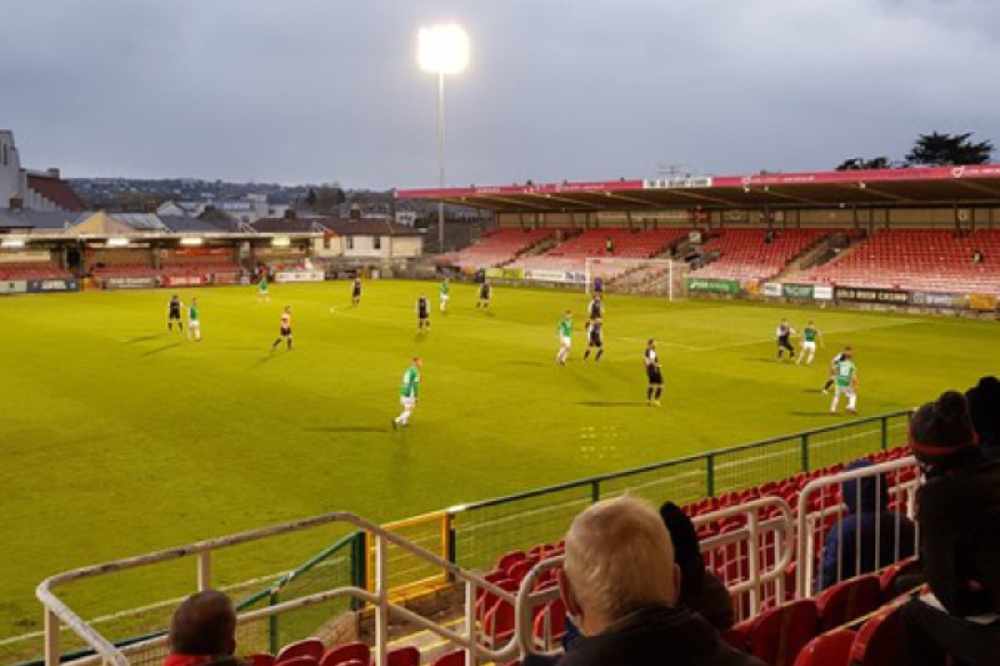 Last weekend it was a fifteen year drought against Galway United, this time a decade long hoodoo against Cork City.

There have been false dawns in the intervening years since their last ascension to the top tier in 2013 but the experience and quality among this group suggests that promotion needs to be the primary aim.

Nobody within the squad will admit that, and so they shouldn't given where the club is currently coming from but another result against Bray Wanderers at the Carlisle Grounds next weekend and they won't be able to keep the birds from the feeder much longer.

It needed to be a different performance from seven days ago, more gritty, trusting the low block and that is what was delivered.

Athlone have found a style of play under Carberry and some of their counter attacking is scintillating at times.

It was perfect symmetry that the winner at Turner's Cross had involvements from Friel, Byrne, Wixted and Doona as all have hit the ground running for the club.

Very fitting that it’s Byrne, Wixted and Doona combining for Athlone’s winner. Combination play from them has been superb so far this season. Credit to Barnes too for the pressure on Häkkinen. #LOI pic.twitter.com/kowWIXiJyH

The switch to 4-2-3-1 has given veteran Kurtis Byrne the freedom that Carberry was attempting in vain to find for Ronan Manning last season.

In 2020 it appeared as if the backroom staff were attempting to coach youngsters out of their shell. To their credit, management and players achieved that. However there's a body of evidence building of the potential success of that system using a playing squad more experienced in the SSE Airtricity League First Division.

All eyes turn to Bray next weekend where Athlone will aim to end a four game losing streak against the seagulls.

History isn't as against them in this instance though, historians only need to go back to March 2019 for their last win by the seaside.

What the midlanders wouldn't given for another 1-0 success in six days time, for now though they can bask in the glow of being top of the league looking down.