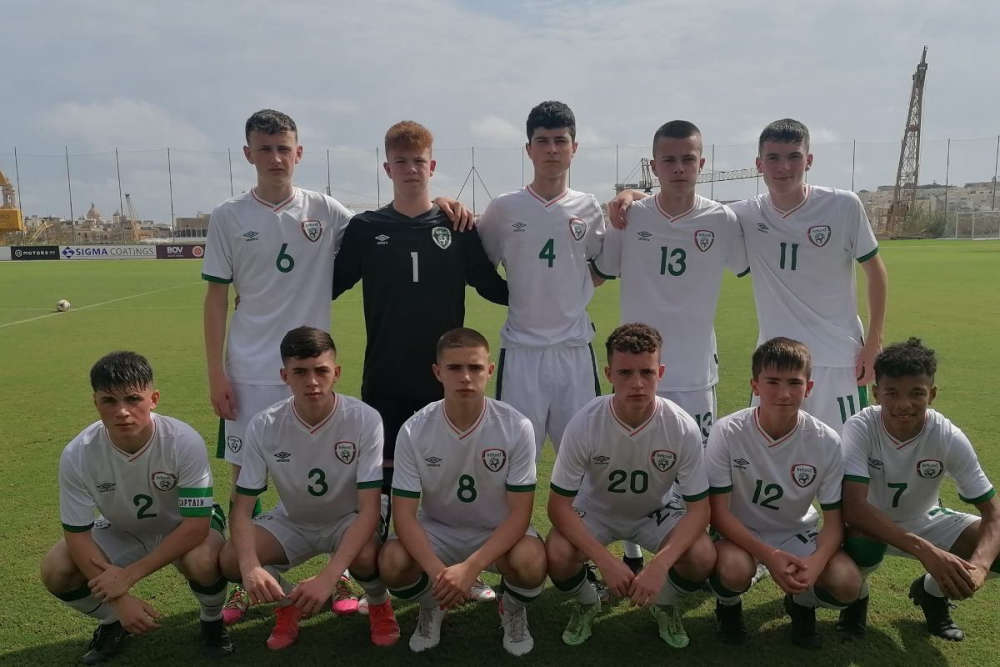 Eoin Sheerin made his second appearance in a week for Ireland's U-16s.

Moore was introduced at half-time and was ruthless in front of goal for Paul Osam's side as Ireland scored five second-half goals.

Osam handed the captaincy to Shamrock Rovers’ Cory O’Sullivan and introduced to the starting line-up goalscorers from Tuesday's game, Cian Morling and Okosun.

Ireland got the breakthrough in the 25th minute. Morling was brought down in the penalty area and the referee pointed to the spot. Okosun cooly stroked the ball into the bottom corner, sending Malta goalkeeper Jake Scicluna the wrong way.

At half-time Moore was introduced for Morling and the Pat's man would get the first of his three goals in the 49th minute with a clinical finish that went in off the post.

Four minutes later it was 3-0 to Ireland and Okosun had his second. Great work from Luke Kehir saw him round the goalkeeper and put it on a plate for a tap-in for Okosun, taking the Bohs’ striker’s tally for the week to three goals.

Michael Golding made it 4-0 in the 75th minute, turning sharply inside the box and finishing into the top left corner.

Moore got his second three minutes later when he finished at the front post from a Sean Hayden cross. He sealed his hat-trick in the final minute of the game when he capitalised on a mistake in the Malta defence to finish past the goalkeeper and complete the scoring for Ireland.

The win was their second in the week over their opponents and the Men's Under-16s will turn their attention to the Victory Shield next month in Belfast.