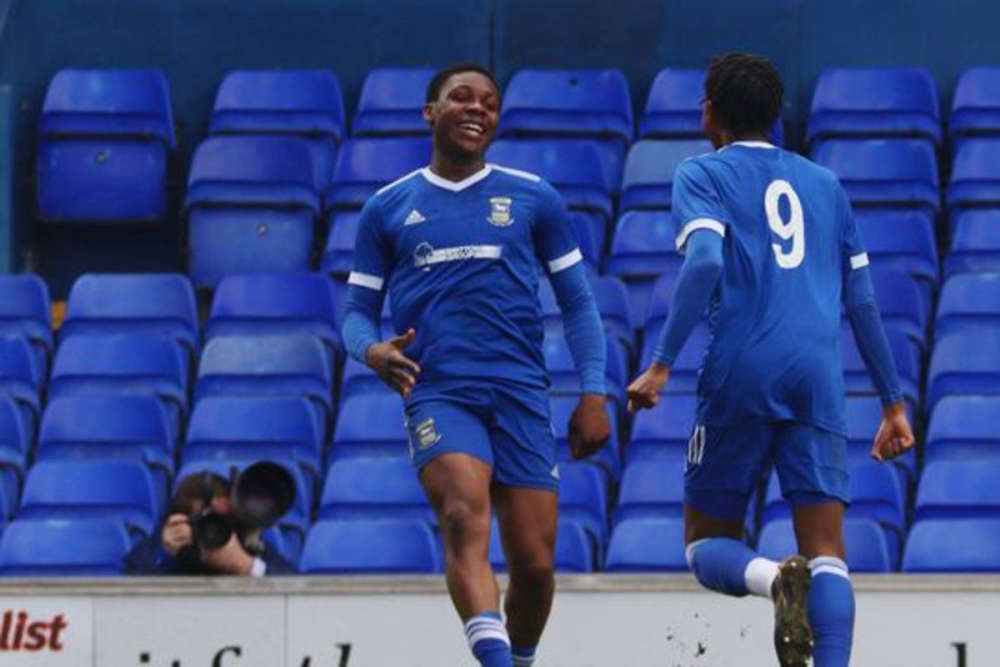 Edwin Agbaje is currently on the books of Ipswich Town.

Republic of Ireland Men's Under-18s Head Coach Colin O'Brien has named a 22-man squad for a friendly double-header against Sweden in Marbella this week.

Former Edenderry Town and Shamrock Rovers star Edwin Agbaje is among those on the list. He's currently plying his trade with League One side Ipswich Town.

Agbaje has also represented Ireland at U16 level, scoring several times including against Albania in a friendly in 2020.

He also took time out last year to return to St.Marys Edenderry where he spent his time in school in the faithful county.

Ireland are in southern Spain for two games against the Swedes as O'Brien assesses options available to him and follows two friendlies for his MU18 side in Hungary in August.

Those games ended with Ireland winning the first game 2-0 and drawing the second 2-2.

O'Brien will be looking for an equally challenging test with games against Sweden on Thursday, November 11 and Sunday, November 14.