Four German Based Players Named In Ireland U-21 Squad 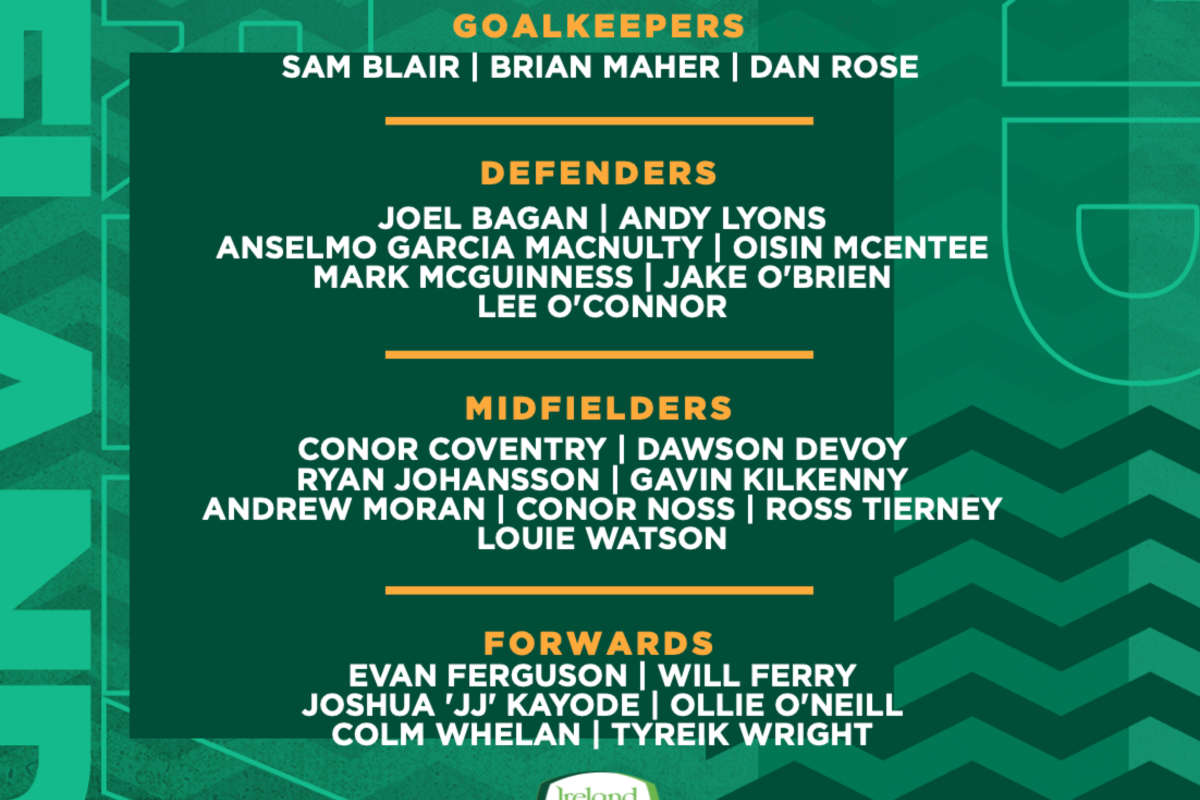 Republic of Ireland Under-21s Manager Jim Crawford has named a 24-man squad for the upcoming UEFA European Under-21 Championship qualifiers against Bosnia & Herzegovina and Luxembourg with six players called into the Under-21s for the first time.

Fulham’s Ollie O’Neill earns a first call-up to this age group as does Wolfsburg’s Anselmo Garcia MacNulty who had trained with Crawford’s squad during their Spain camp in July.

While not part of the 24-man squad, Getafe’s John Joe Patrick Finn Benoa will meet up with the group for training during the international window.

Republic of Ireland Under-21 Squad