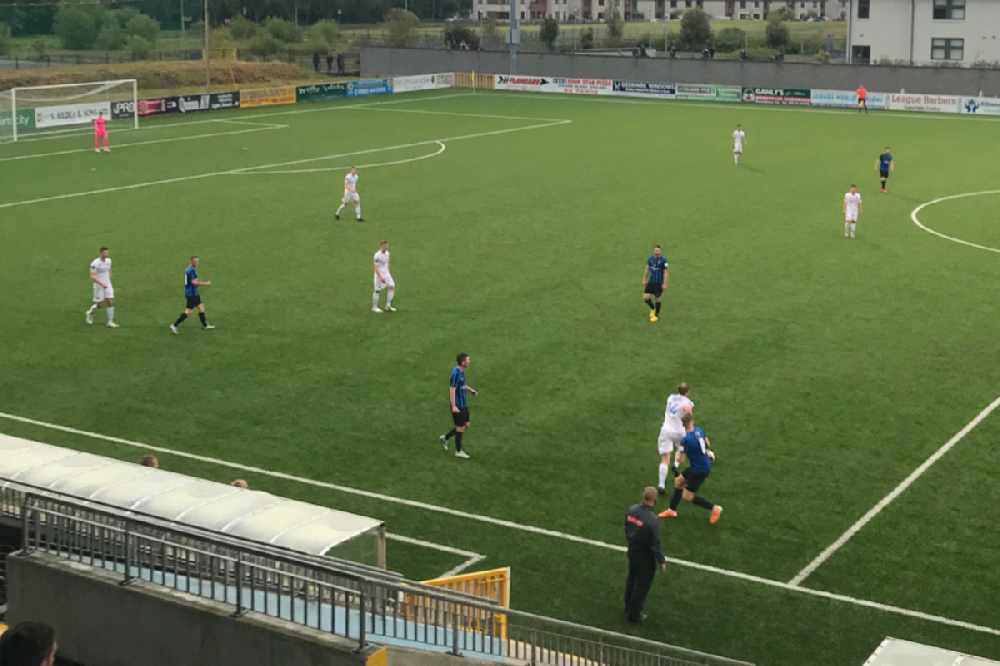 Athlone had been two goals in front through Dan McKenna and Shane Barnes.

A second-half fightback from UCD will ensure some soul searching for Athlone Town after a 3-2 defeat heading into the SSE Airtricity League First Division mid-season interval.

A late Mark Dignam goal combined with a Dara Keane tap in midway through the half was enough to send all three points back down the motorway to the capital.

An emerging trend is a fast start from Athlone Town and tonight was no different.

Three minutes in Adam Wixted rattled the crossbar and just sixty ticks of the clock later the Westmeath side hit the front.

James Doona found space down the left. His initial cross struck the back of Harvey O’Brien’s calf but fell perfectly for Dan McKenna to sweep home his first of the campaign.

The early setback didn’t deter the students who began to dictate play more consistently and were unlucky not to be level on sixteen minutes.

Colm Whelan took three Athlone defenders out of play with a nutmeg at the edge of the area but Michael Schlingermann made a point blank save of the highest calibre.

The rebound fell to Evan Weir but his drive was bravely met by Cantwell on the line.

Partially against the run of play the Midlanders doubled their lead after 25 minutes.

A superb bit of Tumelo Tlou magic made Luke Boore look statuesque on the right hand side. This allowed him to drive into the box and with a deft dink, find Shane Barnes lurking six yards out to nod home.

That advantage only lasted a matter of minutes.

Colm Whelan was proving a constant thorn in Athlone’s side. He again produced a driving run up the middle, drawing three home defenders before coolly sliding the ball to his strike partner Liam Kerrigan. The former Sligo Rovers man made no mistake from the left hand side of the area to pull one back.

The second half was only ten minutes old when Athlone’s lead was eroded entirely.

A good bit of UCD build-up play released Kerrigan into space on the left hand side. He glided past Tlou and sent a dangerous low ball across the area.  Dara Keane escaped the attention of Derek Daly to duly tap in at the back post.

Both sides exchanged chances as the half progressed.

Adam Wixted blasted over from 12 yards when all on his own at one end, while at the other Dylan Hand somehow kept Colm Whelan off the scoresheet with a goal-line clearance.

The game had been bubbling but the referee’s happiness with the yellow card; he showed eight in total, meant neither side would finish with the full compliment.

Paul Doyle and Tumelo Tlou both given their marching orders for an accumulation of offences.

It appeared as if the contest was petering to a fair close until a melee in the Midlanders six-yard box ended with Mark Dignam scrambling the ball by Schlingermann and three Athlone defenders camped on the goal line.

It all means Athlone Town remain in third, three behind tonight’s opponents and five off top spot heading into a one-week break.