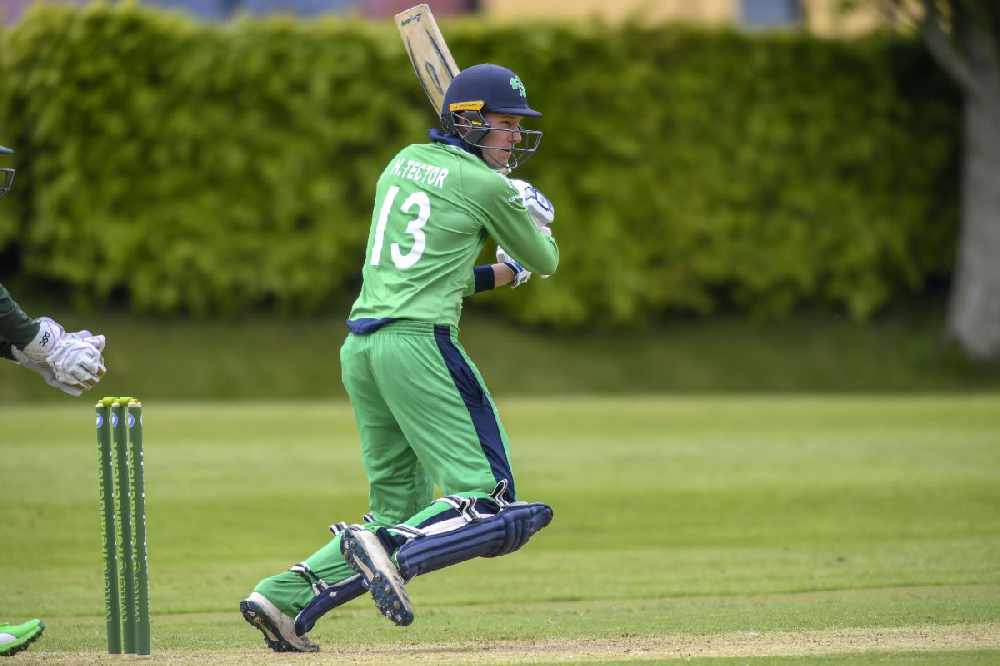 Two stand out series with South Africa and Zimbabwe take place this summer.

A number of home internationals have been announced for the Ireland Cricket Team.

Series with South Africa and Zimbabwe will take place in July and August.

An away series in Holland is also confirmed for June, which will serve as part of the World Cup Super League.

Discussions are still ongoing with the Pakistan Cricket Board about a two match T-20 series over the course of 2020.

The 12 white-ball fixtures are to be played across three Irish venues, with Clontarf – Ireland’s fourth international venue – still unavailable in 2021.

A further two-match T20 International series against Pakistan is still in discussion with the Pakistan Cricket Board and England & Wales Cricket Board, with an announcement to be made in due course.

Cricket Ireland will work with Sport Ireland, Sport Northern Ireland and the Sport Expert Group to ensure all fixtures comply with the COVID-19 protocols in place as the season rolls out.

Cricket Ireland can also confirm a three-match men’s ODI series against Netherlands will precede the home calendar. The fixtures will also be part of the World Cup Super League

Venue and match details will be released shortly.

“The year 2021 is certainly full of optimism, but of course we can’t ignore the great uncertainties still in the world, and our planning is trying to factor that in as much as possible. We need to plan for matches to proceed but with the background knowledge that circumstances might see further postponements. We have some massive targets this year, whether it’s men’s World Cup Super League matches and building towards the T20 World Cup in October, or else the Women’s World Cup Qualifier, and regional qualifying for the next Women’s T20 World Cup. Our international and domestic match planning needs to be tailored to preparing for those major milestones, as well as reacting as quickly as possible to the likely setbacks COVID-19 may present.”

“Given the significant changes to the Future Tours Programme due to the postponement of home series’ from 2020 – and all other countries having to reschedule fixtures over the period 2020-2023 – it has truly been a jigsaw puzzle for world cricket administrators to try to make the pieces fit. We look forward to the season ahead and thank our touring opponents for working with us on this restructured season.”

“For our senior men, there are six World Cup Super League matches included in the schedule, in which we welcome back South Africa who last played here 14 years ago, while we shall be resuming our competitive clashes with Zimbabwe, who played a great series here in 2019.”

“In relation to other international men’s fixtures, we are still in discussions with the Pakistan Cricket Board about the timing and location of playing the two T20Is postponed from 2020. As in 2020, we won’t have access to one of our four internationally-accredited grounds with Clontarf still unavailable to host international matches. Given the constraints on the number of fresh pitches available, and needing to cater for at least 12 men’s matches, we are looking into hosting matches in England, as we did with Bangladesh last year. This makes additional sense as the touring side will already be operating in a bio-bubble in England, which would smooth other complications around visas, quarantining and other COVID-related conditions that will arise in moving countries. We will provide an update on that series as soon as possible.”

“With regards to venue allocations, we brought a number of proposals and options to our Match Allocation Group (comprising representatives from the Provincial Unions and Cricket Ireland). As part of this we had detailed discussions with the North West Cricket Union about Bready, which included the recommended implementation of an independent pitch assessment outlining necessary work on the outfield to improve drainage, as well as hearing about investments already made by Bready and NWCU to enhance the venue. While as much work as possible has been undertaken over the last year given the pandemic constraints, some further work is required, so the venue will be focusing on hosting the T20 format later in the season to give the works as much time as possible to bed in.”

“Fans may also recall that the original FTP included a Test match against Zimbabwe in 2021. Unfortunately, due to the fixture rescheduling of the international cricket calendar, and twin financial constraints brought about by COVID and the fact that we do not have a dedicated cricket stadium yet, we are simply unable to afford a home Test in 2021. Test cricket is still a highly-revered format of our sport that we will be seeking to play more frequently in future years, however, given the reasons stated, and the fact it is a T20 World Cup year, the Board felt our priority should be white-ball cricket this season to give our squad the best chance of success on the world stage.”

“For our fans, it’s still unclear at what stage we will be able to invite spectators back into grounds, but we hope that regardless of the conditions in place, fans will still be able to enjoy the international itinerary that features three renowned opponents on TV or livestreamed.”

The next task of the Match Allocation Group is to work with the Provincial Unions in allocating fixtures for our new Men’s Inter-Provincial competition structure and the women’s Super Series – further announcements will be made in due course.”

“I want to thank everyone for their support – particularly clubs, venues and spectators – as we try and put some shape on the season with COVID still causing chaos to our lives. It’s likely there will be more bumps in the road in the weeks to come, but we’ll do our best to consult with everyone as early as possible, and we ask for everyone’s ongoing patience as we try to navigate through the uncertainties.”