Ireland Release Throwback Away Kit For 2021/22 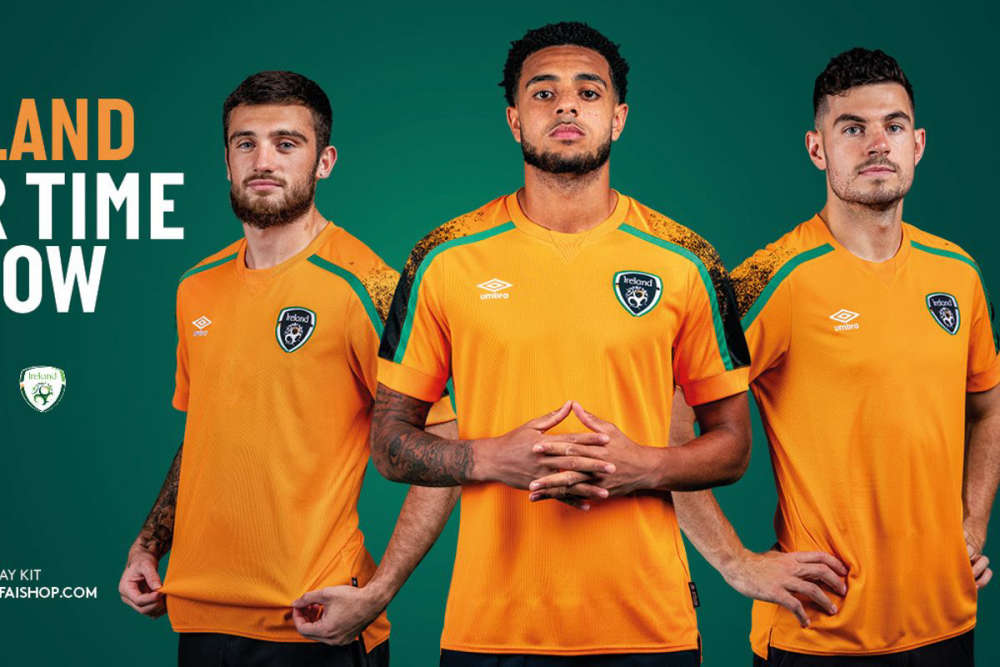 It'll be worn for the first time away to Luxembourg next week.

Ireland have unveiled their new away kit for the 2021/22 season.

It'll be worn for the first time by the Senior Men’s team away to Luxembourg in Ireland’s last game in Group A of the 2022 World Cup qualifiers on November 14th.

The designer says his aim was to reflect a newfound togetherness between the Irish fans and a young and exciting crop of men’s and women’s playing talent representing Ireland.

“We are delighted to bring an Orange Ireland Away kit to market for the 2022 international season. We have listened to the fans and a huge amount of people had been looking for Orange to be brought back into the kit rotation. 2022 is significant as it is 25 years since Umbro first brought out an Orange Ireland kit so we felt it was time to run with that colourway again.

"The previous Orange kit, despite only being worn twice by the Senior Men’s team has gained an iconic status in Irish kit folklore over the last quarter of a century so hopefully we can make more positive memories in this kit. In terms of designing this kit, we put a huge emphasis on evoking the 12th man spirit by increasing visibility on-field for the players and in the stands for the fans and there was a deliberate focus on a modern aesthetic. The kit will go on-sale on November 5th with limited numbers available before Christmas”

“The reaction to the Centenary Umbro St Patrick’s Blue jersey last month was phenomenal from players and fans alike and we look forward to seeing this new away shirt on for the first time against Luxembourg next week."

“It’s always exciting to launch a new jersey and we look forward to wearing it in future games. It’s also fantastic that there will be a specific women’s fit version and our team thanks Umbro for creating that.”