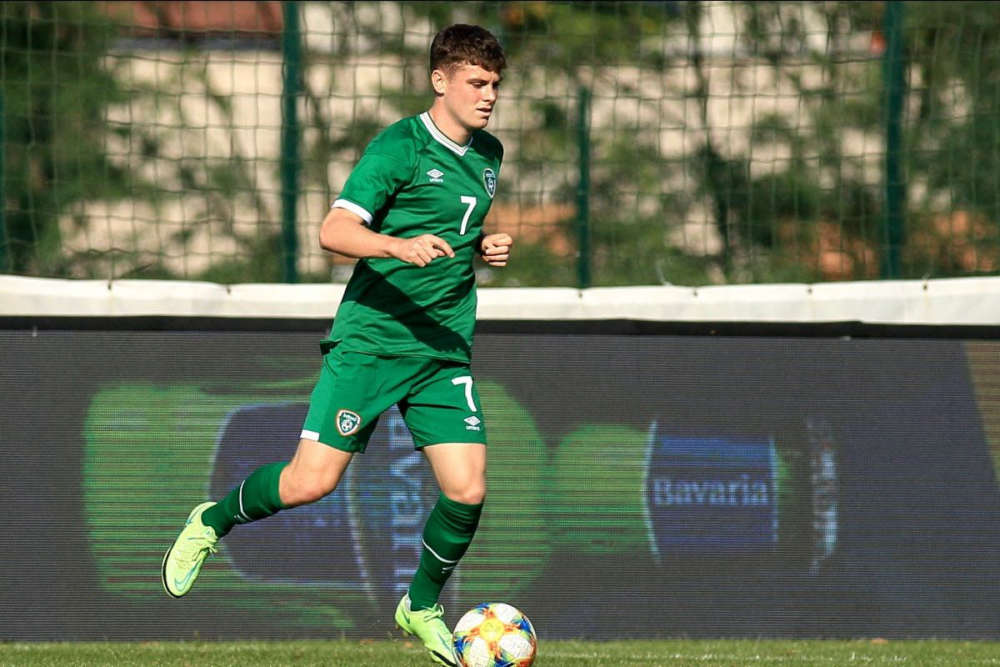 Ireland handed debuts to three players in the game.

A late Luxembourg penalty denied Ireland Under-21s the win as they drew 1-1 in their UEFA European Under-21 Championship qualifier in Dudelange.

Colm Whelan netted Ireland’s goal, in the 69th minute,  just minutes after taking to the pitch. However the hosts were awarded a penalty late on which was converted by Dylan Kuete.

Ireland had had their own spot-kick saved in the first half as they missed out on taking maximum points from their first two games.

The first chances of the game fell to Ireland and Will Ferry was involved in both. First he saw an effort flash past Lucas Fox’s post then he attempted to lob the goalkeeper but couldn’t generate enough power.

In the 26th minute Tyreik Wright went close when he was put through by Conor Coventry. The Salford City forward angled his shot towards goal however Fox denied him with a smart save.

Ireland had a glorious chance in the 32nd minute to go ahead when they were awarded a penalty. Ferry won the spotkick when he was brought down. Wright stepped up but Fox pulled off a fine save to keep the scores level.

It took until 20 minutes into the second half for either side to have a chance. Ferry worked hard to feed a ball to Coventry who fired at goal.

Ireland got the goal their play deserved on 69 minutes. Whelan and Andrew Moran were brought on for Ferguson and Ferry and it was Whelan who made an immediate impact finding the corner with a tidy finish.

But the hosts got back into the game through a penalty.

Oisin McEntee brought down his man when attempting to head away and the referee pointed to the spot. Kuete made no mistake with the penalty.

The two teams face each other again on October 8 in Ireland.

Speaking after the game Manager Jim Crawford said: “It was fantastic for Colm [Whelan] to come on and score a brilliant goal with his left foot - he's been doing that all week in training.

"We had a spell after the goal when we were in control but they still remained dangerous on the break. They scored to make it 1-1 with a penalty but it's a draw and perhaps takes the gloss off a fantastic Bosnia performance.

"We'll have to dust ourselves off and get ready for the next international window."