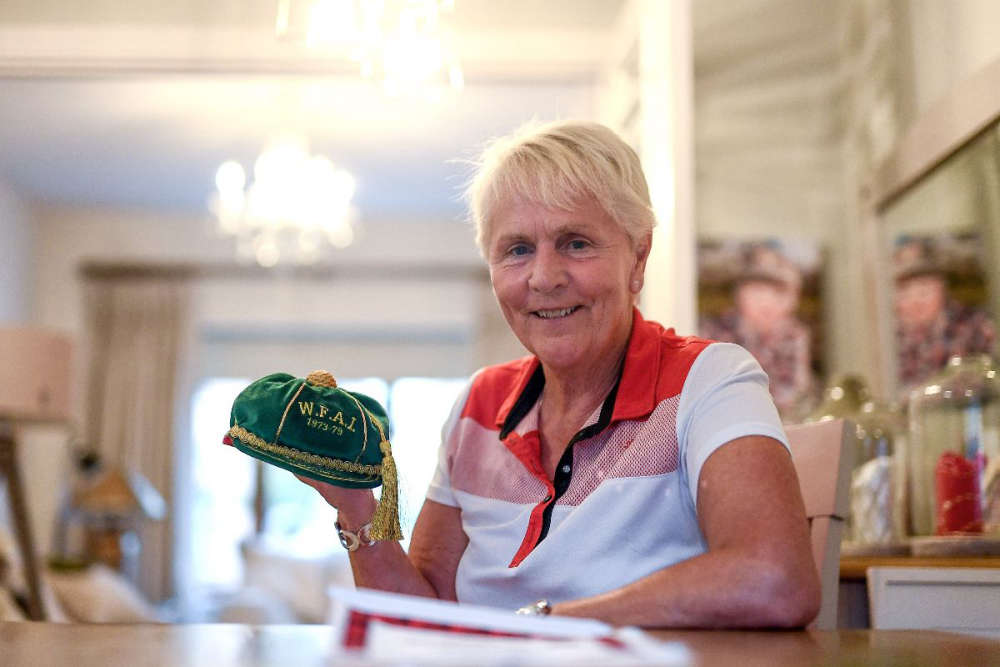 John Giles and Paula Gorham have been inducted into the hall of fame.

Irish football legends John Giles and Paula Gorham have been inducted into the Football Association of Ireland’s Hall of Fame as the Centenary celebrations continue with the announcement of the winners of the 31st FAI International Football Awards.

Former Republic of Ireland internationals Giles and Gorham are the Centenary Winners in the Hall of Fame category, due recognition for their unique contribution to the history of Irish football in this, the Centenary Year of the FAI.

An Ireland captain and manager during his illustrious career, Giles is regarded as one of the greatest ambassadors of Irish football as he helped to transform the game as a player with 59 caps, as an international manager for seven years and as a driving force for change in the domestic game during his time as player-manager at Shamrock Rovers.

Part of the Dundalk Ladies team who played against Corinthians Nomads in a famous ground-breaking game in 1970, Gorham scored a hat-trick on her Ireland Women's Senior debut, the Irish team's first official game in 1973 away to Wales. She went on to earn several more caps.

For the second year running, the annual FAI Awards have been impacted by the ongoing COVID-19 pandemic which has again forced the cancellation of the traditional presentation ceremony around these long running celebrations. As a result of the current restrictions, the FAI plan to present John and Paula with their Awards when Portugal come to the Aviva Stadium in November.

Fourteen categories were not considered due to a lack of games during the 2019/20 season following the outbreak of COVID-19.

As with previous awards, the winners of the playing categories were selected following consultation with a jury made up of members from Soccer Writers Ireland.

For the Men's Senior Player of the Year, defender John Egan was chosen ahead of Enda Stevens and Matt Doherty. In the Women's category, Denise O'Sullivan wins for the second time after edging Katie McCabe and Diane Caldwell in the voting.

The Young Player of the Year Award goes to Dara O'Shea, after he broke into Stephen Kenny's senior team last year, and he pipped Jayson Molumby and Adam Idah.

The International Goal of the Year was given to Ellen Molloy for her cracking strike for the Ireland Women's Under-17s against Iceland, while Denise O'Sullivan (Women's Senior team against Montenegro) and Edwin Agbaje (Men's Under-16 team against Albania) made up the shortlist.

The Under-21 Player award was given to midfielder Jack Taylor ahead of Darragh Leahy and Joshua Kayode, while the SSE Airtricity League award for the 2020 season went to former Shamrock Rovers ace Jack Byrne with ex-club-mate Roberto Lopes and Danny Grant (Bohemians) also nominated.

The Special Merit Award goes to the late Liam Farrell, who sadly passed away in February. A founding member of the North Dublin Schoolboy League (NDSL) and Chairman of the Schools Football Association of Ireland (SFAI), Liam was a hugely influential figure in Irish football.

Men's Senior Player of the Year

Women's Senior Player of the Year

Young International Player of the Year

International Goal of the Year

Under 21s Player of the Year