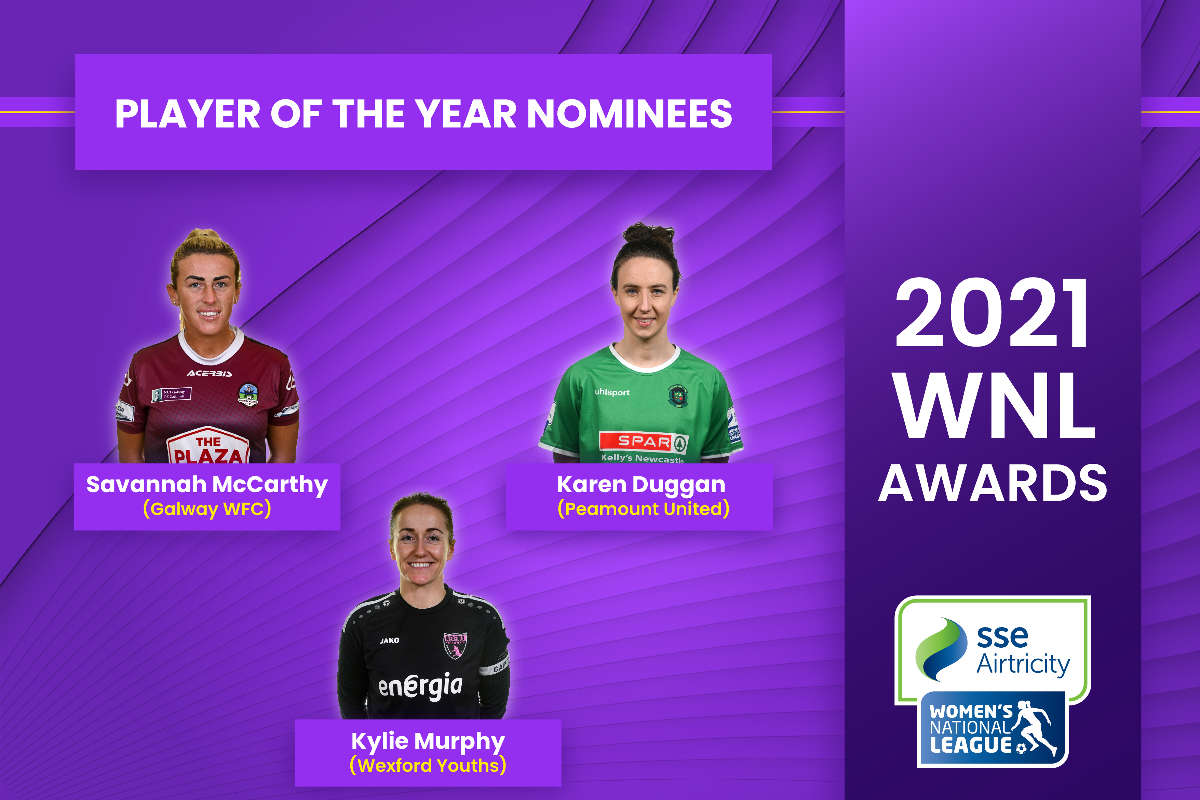 She faces competition from Karen Duggan and Savannah McCarthy.

Graiguecullen's Kylie Murphy is being acknowledged for her superb season in front of goal with Wexford Youths.

Murphy is the second highest goal-scorer in the league with 15, one behind Aine O'Gorman.

Her form has helped fire Wexford to 3rd in the table and into an FAI Cup decider this weekend. She'll be joined on the pitch (as has the case throughout the season) by her fellow Laois women Della Doherty and Ciamh Gray.

Also, there will be awards for Team of the Year (made up of the best 11 players), Golden Boot, Golden Gloves, as well as EA SPORTS Women's Under-19 & Under-17 Player of the Year.

Voting for the Awards took in the views of players, managers, scouts, members of the media and League administrators.

The 2021 SSE Airtricity Women's National League Awards will take place on Wednesday, December 1st to honour those who excelled this season.

Here are the nominees for the main awards:

PLAYER OF THE YEAR:

YOUNG PLAYER OF THE YEAR:

MANAGER OF THE YEAR: