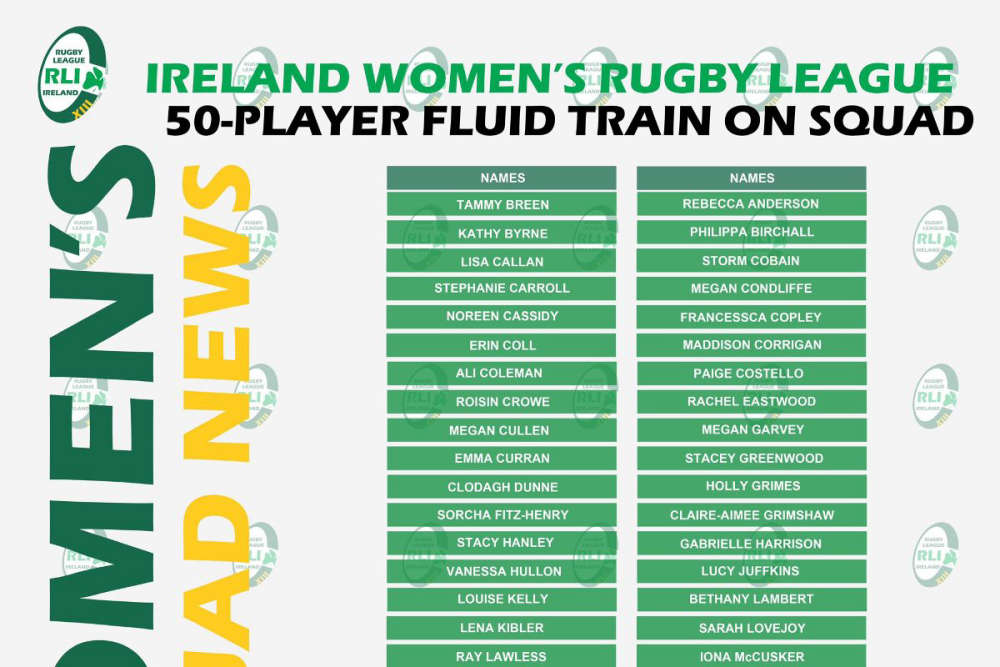 It's been announced by head coach John Whalley.

Laois Ana O'Neill will be part of the first ever Irish Women's Rugby League squad.

She's been selected by head coach John Whalley in a 50 person panel that will chop and change throughout the 2021 season.

It follows a series of trial days both domestically and in the UK.

The panel itself is split straight down the middle with 25 based at home and 25 based across the English channel.

“Personally I could not be more delighted with our progress in building a Women’s Rugby League game here in Ireland, and to have made such fast and significant progress in building a formidable squad for the International team is testament to the great management and coaching team. Well done to all the player selected and Ní neart go cur le chéile.”

“It has been a great initial few months, myself and my coaching staff have seen a lot of talent and it has been very difficult to narrow it down to a 50-player squad. We are delighted with the progression of the International set up even in these early stages and I look forward to carrying the team forward now and preparing for some International games.”

☘️🏉 WOMEN’S SQUAD NEWS | Following yesterday’s announcement of players announced following the Ireland trial, we are pleased to confirm the 50-player fluid train on squad for 2021.