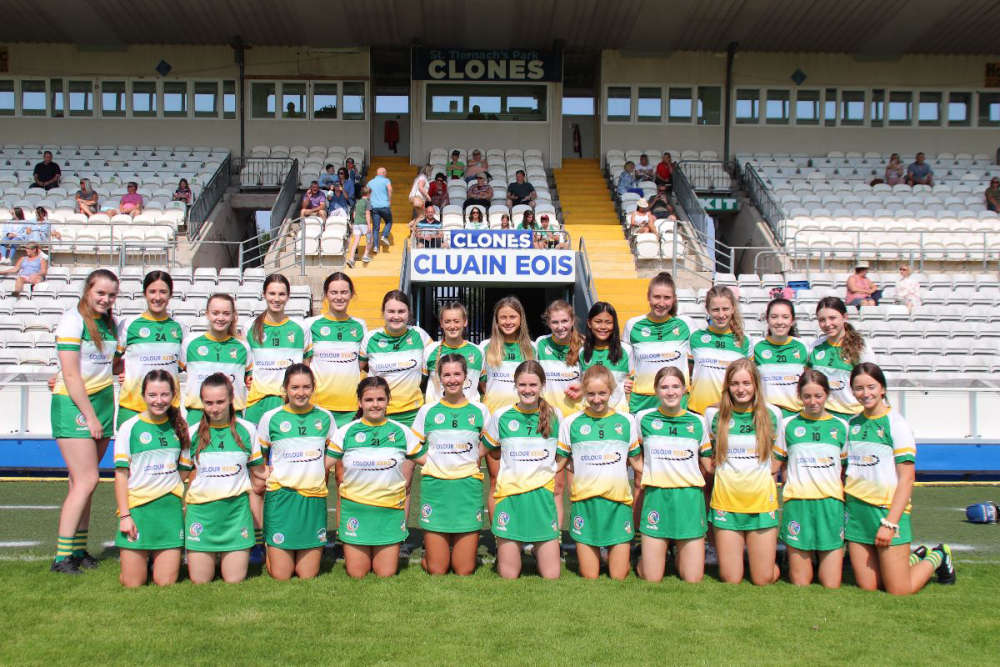 They had a comprehensive win over Derry.

Offaly took on Derry in the Tesco All Ireland Minor B Camogie Championship semi-final on Saturday last in St Tiarnach’s Park Clones. Offaly manager Declan Fogarty was again forced to make changes to the team due to availability of players.

From the throw-in the Offaly girls worked the ball up the field with some fine passing to full forward Faye Mulroney, who duly obliged with a goal within seconds of the start. Derry manged to get the ball back down the field and gain a free, which resulted in a wide. Offaly’s work rated continued and two goals from Clodagh Leahy gave them a comfortable lead with only six minutes gone. Leahy followed up with a point from a free and one from play before Derry managed to register their first point just before the water break to leave the scoreboard reading 3-2 to 0-1.

Offaly continued their impressive free flowing camogie and impressive work rate with points from Sinead Hanamy, Aoife O Regan, Clodagh Leahy (from a free) and Chloe Fogarty with Derry managing two further points. However, Offaly’s fourth goal scored by Faye Mulroney just before half time left it Offaly 4-6 to Derry 0-3 at the break.

From the start of the second half Derry pilled on the pressure and out-scored Offaly in the third quarter by four points to three. Offaly’s points coming from Grace Leonard and two from Clodagh Leahy (one from a free). If not for the tremendous work rate of the Offaly defence, Derry would certainly have registered a lot more. After the second half water break Derry managed to break through the Offaly defence and score a goal but further points from Hannah Riley and two from Clodagh Leahy (1 from a free) left Offaly comfortable winners on a score line of 4-12 Derry 1-8.

Offaly now play Antrim in the All-Ireland final next weekend.  Details of the final will be posted on the Offaly Camogie social media platforms when they become available.