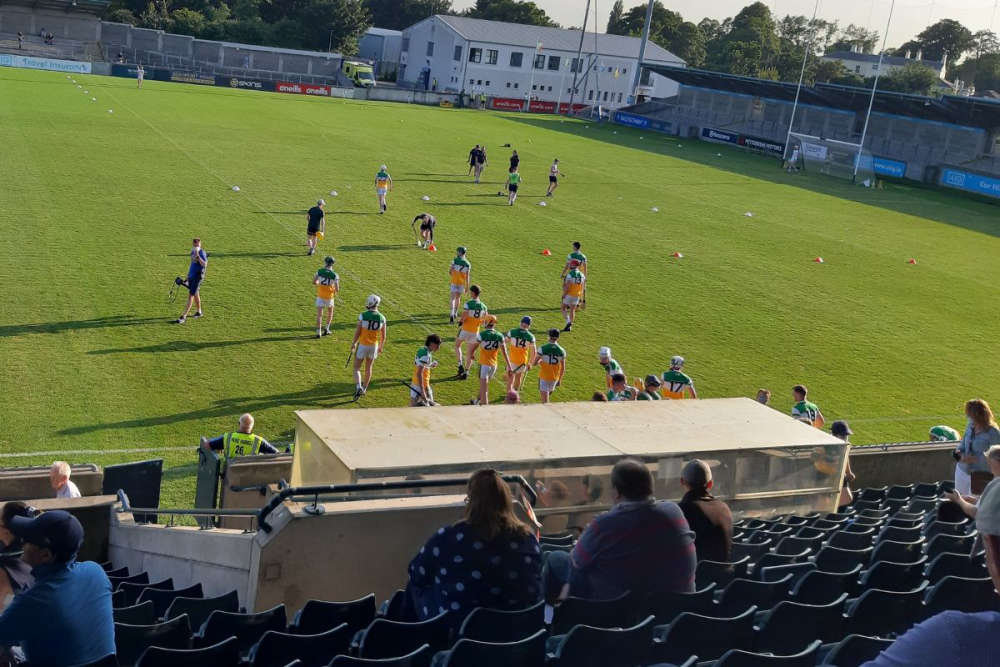 It was almost a comeback for the ages for

It was a case of so near yet so far for an Offaly side once again the underage Leinster Championship action in 2021.

The faithful have performed admirably in the post-covid landscape reaching two delayed 2020 finals at minor level and contesting the latter stages of the 2021 championships at both minor and U-20.

Gary Cahill's side put in another superb display of hurling against Dublin in Parnell Park coming from eight points down after 37 minutes to put last year's All-Ireland finalists to the pin of their collar in the closing stages.

Charlie Mitchell scored the Offaly goal and Jack Screeney top scored with 0-6 in the 2-15 to 1-15 defeat.

Ah no....Offaly bow out after a battling display in Parnell Park. Fought to the very end and recovered very well from a poor start.
Thanks to the players and management

Speaking afterwards manager Gary Cahill was full of praise for his charges:

'Proud but very very disappointed because we probably didn't hurl in the first half, gave up a couple of soft scores, were opened up a couple of times but we said inside let's show what this Offaly set up is all about.

In fairness to the lads they worked so hard in the second half and we just came up short.

You couldn't ask for a whole lot more we ended up with a couple of injuries. Dublin had about eight of their All-Ireland side from a couple of weeks ago out there.

We just have to ask ourselves how far away are we? Michael Fennelly and the boys are doing tremendous work with the senior set up. What more can we ask? You have Leo O'Connor with the minor, there's plenty of supply so I think Offaly is in a safe place.

Probably in the two years that we've been involved there's 14 or 15 lads who have moved on and are in the Christy Ring set up for the semi-final this weekend.

Hopefully they'll win and progress on and get us back to the Joe McDonagh for next season.