Offaly Round Off O'Byrne Cup Group With Victory Against Louth 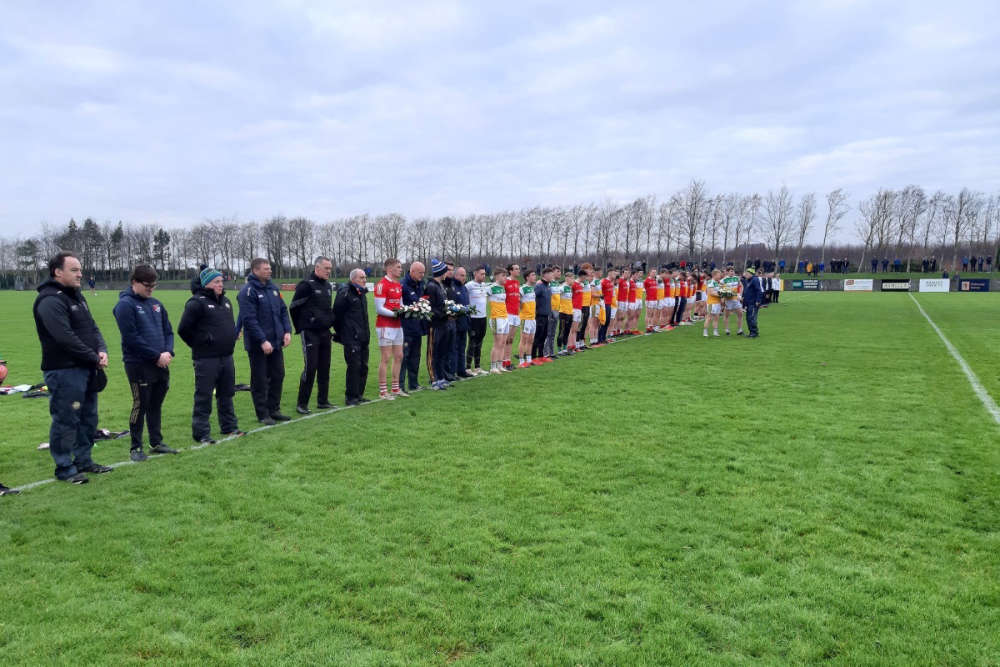 John Maughan has given plenty of chances to new faces in the three games.

John Maughan's men made it two wins from three in the provincial pre-season competition, defeating Mickey Harte's Louth on the back of eight points from the boots of Niall and Ruairi McNamee.

In total, seven scorers registered for the faithful, who won't be too upset with the concession of a late goal to give a bit more respectability on the scoreboard for the wee county.

Maughan continued his extended use of the squad today making 11 substitutions in the game, worrying will be the requirement for Jack Bryant to be called ashore midway through the first half.

The players and management of Louth and Offaly join together for a minute's silence in memory of Ashling Murphy before today's O'Byrne Cup game.
Neither team will use no 23 jersey today as a mark of respect pic.twitter.com/EPe78YYjwh

The Shamrocks forward has plenty of minutes in the legs in the last couple of weeks and the niggle hopefully isn't too serious. Billy Carroll was also taken off in the minutes following, while another U-20 star Morgan Tynan was removed a couple of minutes into the second period.

It was another good learning experience for plenty of the new faces, including young Paddy Dunican between the pipes, who managed to get his name on the stat sheet with a point.

Up next is their first game in Division Two of the Allianz League against Clare in Ennis on January 30th.