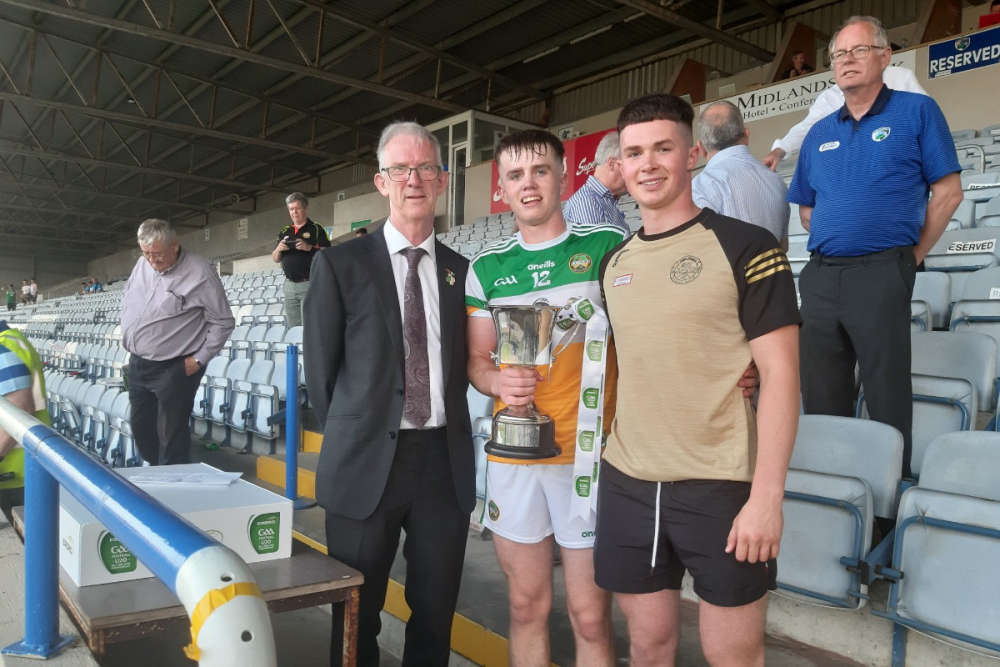 An incredible performance by Declan Kelly's men in O'Moore Park.

Offaly have turned in a superb performance to upset the odds and land their first piece of silverware at U-20 level in football for 26 years.

Six points from the boot of full forward Jack Bryant were telling but in truth it was a clinic from 1 to 15 from the faithful.

The game began brightly as Morgan Tynan and Cathal Flynn struck first to settle the nerves and tickle the tiger's belly before Dublin came roaring back.

The deficit was reduced to one before their danger man Lorcan O'Dell burst through the defence to raise a green flag and set the tone for the rest of the half.

Dublin were sniffing goals but Declan Kelly had the more measured game plan in mind.

Jack Bryant put up his first point just before the water break either side of two points from the champions to leave the gap at three as they took water on board.

It was now Offaly's turn to hit a purple patch as Bryant, Cormac Egan, Flynn and Aaron Kellaghan points sent them on a four point run and back into the lead.

From one Offaly man to another.
Leinster Council Chairman, Pat Teehan has presented the U20 Cup to Cathal Donoghue, with our injured captain Kieran Dolan also present pic.twitter.com/v2UaD8JeSL

Just when the faithful seemed to be taking a stranglehold, disaster struck again as Fionn Murphy got on the end of another flowing move to drive a shot past Sean O'Toole and their lead was back to two.

Many teams would have capitulated after two first half goals from Dublin cancelled out an excellent start from Declan Kelly's side but they stuck to their task and totally rattled the favourites.

As the game wore on Dublin had absolutely no answer for the physicality being brought by Offaly and the relentless scoring from Bryant, Egan and Tynan.

Another three point unanswered run to start the second half and the bubble of anticipating in Portlaoise was palpable as chants of UIBHFHAILI rang out among the 500 supporters.

Not even a third sucker punch midway through the second half from Dublin could stop the sense a famous evening was on the cards.

Further points from substitute Keith O'Neill, Tynan's third and Bryant's sixth extended Offaly's lead and Dublin looked shellshocked, so much so they actually were held scoreless after their third goal throughout the closing 20 minutes.

Even then Offaly showed remarkable composure beyond their years as the game ebbed into added time.

Players flooded back, congested the centre area and repelled a late surge from the dubs as time expired and the celebrations are sure to continue long into tonight and the weekend across the faithful county.