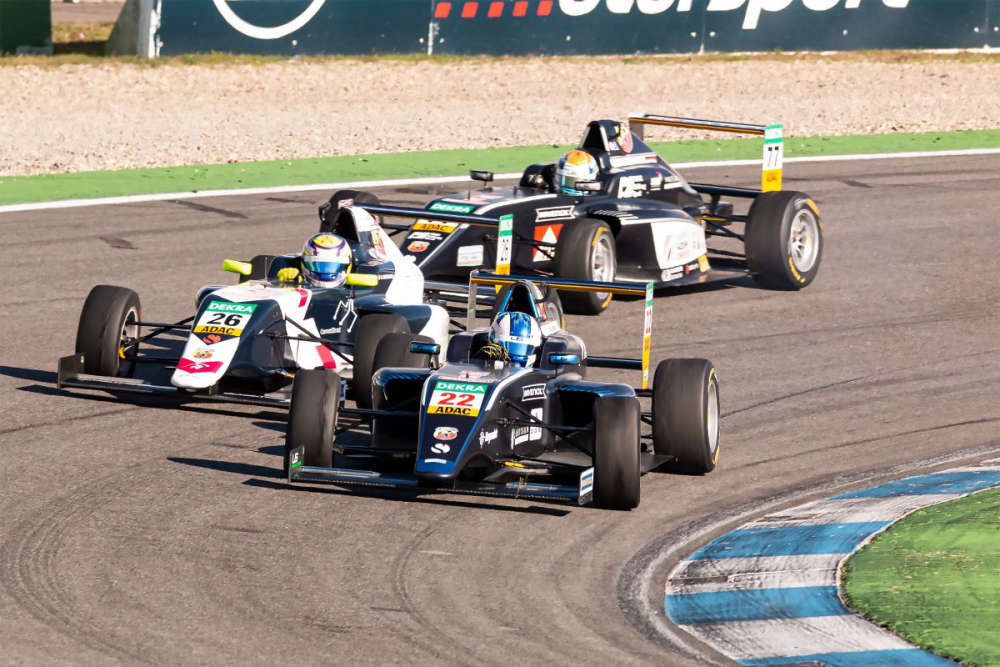 Alex Dunne has been very successful in the series this year.

Fifteen year-old Alex Dunne from Clonbullogue, County Offaly, completes his 2021 German Formula 4 season this coming weekend as he looks to add to his 2021 achievements on his first visit to the historic Nurburgring Grand Prix circuit.

Despite having competed in just two ADAC Formula 4 Championship weekends, Alex is already seen as one of the stars of the series as he has picked up an impressive list of achievements. The young Irish driver raced to two debut second place finishes at Hockenheim in September and then took his Harris Group and Maxus backed Car to two pole positions on his return to the track two weeks ago.

An impressive four rookie wins from six starts, as well as being the only rookie to have started from pole position, have marked the young Irish driver out as one to watch for the future.

This weekend the German Formula 4 series finishes off its season with its first trip of the year to the former German Formula One venue, The Nurburgring.

The ADAC Formula 4 series will race on a slightly shortened version of the Grand Prix track and with no previous experience of the circuit and no pre-event testing available, Alex will be on a steep learning curve from the start.

Having shown on his previous appearances that he is quick to learn a circuit, Alex will be aiming to use the two thirty minute practice sessions to prepare himself and his US Racing car, before heading into the all important qualifying sessions on Friday afternoon.

“From what I’ve seen of the track, I’m expecting it to be a big challenge”

“There’s a lot of elevation changes and a good mixture of slow and fast sections so I need to wait and see how practice goes before I know where we sit.

Following the successes of Hockenheim, I have high expectations for the weekend and will be aiming to get back on the podium, hopefully take some more Rookie wins and maybe even my first outright Car Racing victory.

As this will be my final event of the season I’m aiming to put in a strong performance for all of my backers, Harris Group, Maxus, VTL, Reynolds Logistics, Artisan Marble, PDS Associates, Xpress Health and Motorsport Ireland.”