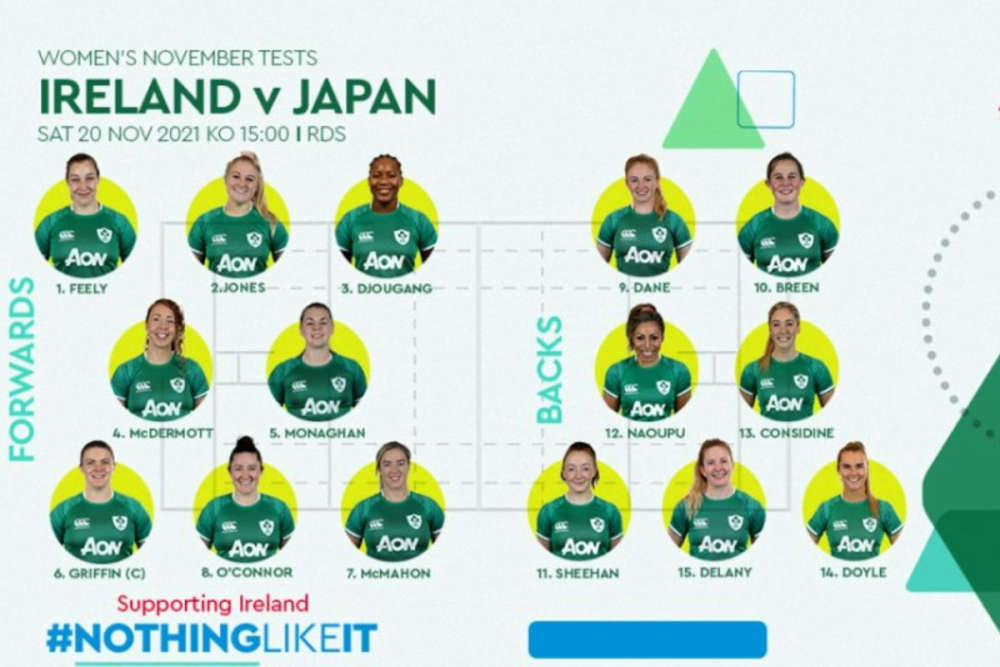 She joins her fellow Faithful flyer Ailsa Hughes among the replacements.

Adam Griggs final game in charge of Ireland will see him handing a debut to a product of Tullamore Rugby Club.

Shannon Touhey will be part of the matchday 23 for the first time and figures to get a decent amount of playing time from the bench.

The Connacht product was one of six uncapped players called up in the initial squad. She came through the ranks of Tullamore before moving onto play her provincial rugby with the Westerners impressing during the inter-pros.

Commenting ahead of the game, Griggs said:

“Following on from last week’s win over USA, this is a really exciting opportunity for the group as we head into our second Autumn Test. A number of players have earned their opportunity and it’s important to explore the depth within the group and build layers of experience as the group build towards the 2022 Women’s Six Nations.

“It is particularly exciting to see a number of young players coming through the Inter-Pros and All-Ireland League, and for them to get their chance at Test level this weekend is paramount as the team enters a new cycle.”