Open Championship To Return To Royal Portrush In 2025 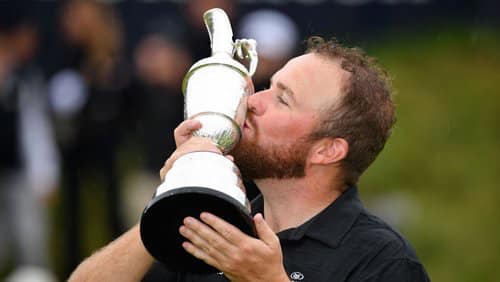 It is the scene of Shane Lowry's magnificent success two years ago.

The Open Championship will return to the scene of Shane Lowry's victory in four years time.

Organisers the R&A have confirmed that Royal Portrush in County Antrim will be the venue in 2025.

It holds fond memories for Offaly's Shane Lowry who captured his maiden major title at the venue back in 2019.

237,750 fans took to the links that week in a record attendance for an Open Championship outside of St.Andrews.

It will return to Northern Ireland between the 13th-20th of July that year.

“We could not be more thrilled to be bringing The Open back to Royal Portrush in 2025. There will be huge excitement among golf fans around the world to see the best men’s players facing the challenge of this magnificent links once again.

We are delighted to announce that The Open will return to @RoyalPortrush for The 153rd Open Championship 🏆 pic.twitter.com/AL0kuj50gm

“The Open in 2019 was a massive success and showed just how much collective enthusiasm, passion and commitment there is to make Royal Portrush one of the leading venues for the Championship and to build a distinctive golf tourism brand for Northern Ireland. We greatly appreciate the support we have received from the Northern Ireland Executive, our partner agencies and, of course, from the Club and its members. We look forward to working with them to deliver another fantastic celebration of golf in four years’ time.”

Northern Ireland First minister Paul Givan says if it's anything like the last time - it will be a huge boost, especially in the wake of the pandemic: