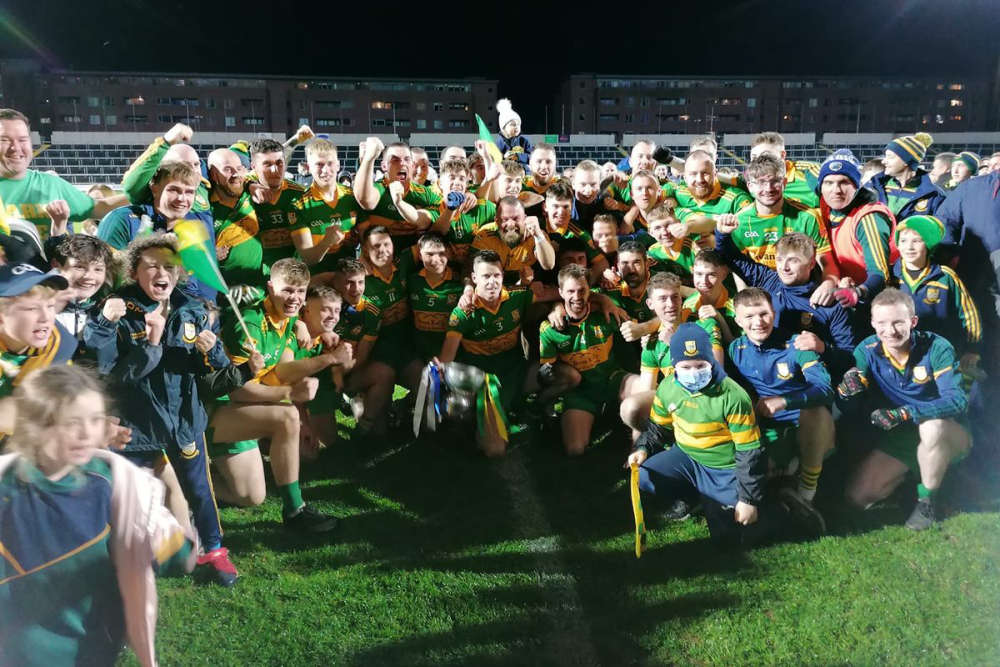 It's been a remarkable rise for the club.

Park-Ratheniska are a club on the rise.

Park reached three senior football finals in the 1950's, winning two and have continually punched above their weight through the years since.

They slipped into the junior ranks for a litany of reasons, that are the bane of many rural clubs on the outskirts of a big catchment area in their locality.

To their credit though, this plucky parish has been building once again in recent years. It culminated when their senior team ended a run of heartbreaking defeats in the Laois Junior 'A' decider earlier this year and they've gone from strength to strength since.

They remarkably carved their way to Intermediate glory just months later, still clearly riding the crest of a wave from their junior triumph and the outpouring of support in O'Moore Park afterwards was a sight for sore eyes.

In the space of just six months, Park-Ratheniska have lifted themselves from the lower ebb of Laois football to the top table.

It's not a success out of turn though as they've also been building at underage level, returning to county finals in 2021 and their ladies team has also performed well recently.

Their emphatic win over Carlow champions Naomh Eoin was the icing on the cake in many respects and gave further vindication to their epic rise.

A tie against Wexford's champions now awaits in a Leinster Quarter-Final and manager Kieran Kelly deserves a lot of praise.

Speaking after their victory last weekend he said:

I'd expect nothing less from Naomh Eoin, potentially a hurling club so they're big physical lads.

We're used to playing a few hurling clubs so once we started playing the ball, not letting them wrap us up coming out of defense and moving the ball quickly, that's where I feel we got a lot of our scores.

Lads are showing well in training, we've a big panel and there's big competition for places, so we're trying to make use of everyone and when the lads who maybe haven't played as much are called upon, they're stepping up to the plate.

Crossabeg of Wexford at home next. Don't know where that'll be yet, but hopefully it'll be in O'Moore Park because we will have to get used to that place for the senior championship next year.