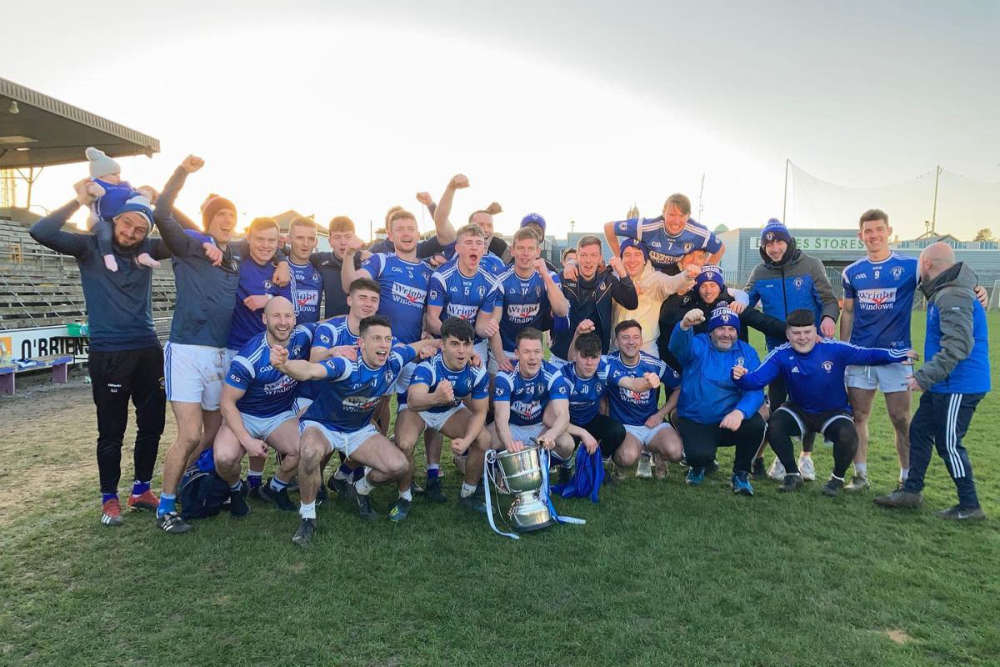 They meet in the Leinster Quarter-Final on December 5th.

They've met behind closed doors and now they'll have to do it all again for real this time.

St. Lomans success in bringing home back to back Flanagan Cups, has set up a mouth-watering clash with Laois champions Portarlington in two weeks time.

Manager Declan Kelly will be assessing the walking wounded this morning after a titanic battle over 130-minutes and two weekends against old foes Garrycastle.

Talisman John Heslin was the hero once more in the additional period for the Mullingar outfit but he has been struggling with a niggling injury throughout the championship and adding a Leinster championship campaign to the burden will be something he will have to consider.

Portarlington will have an extra-week preparation time but both will be determined to lay a marker down at provincial level, having missed out on the chance to do so in 2020.

The winner will have to go through either the Meath or Dublin champions Kilmacud Crokes at the last four stage.

In the aftermath of the win, Declan Kelly gave this assessment of the contest:

'I know Martin Murphy very well. Myself and Martin talk regularly. They're after pulling off back to back themselves in Laois as well, taking out Portlaoise last week. They'll be fair opposition

Luckily we have a couple of weeks now to regroup and turn the focus to that, as you always want to give Leinster a good rattle when you're in it.'