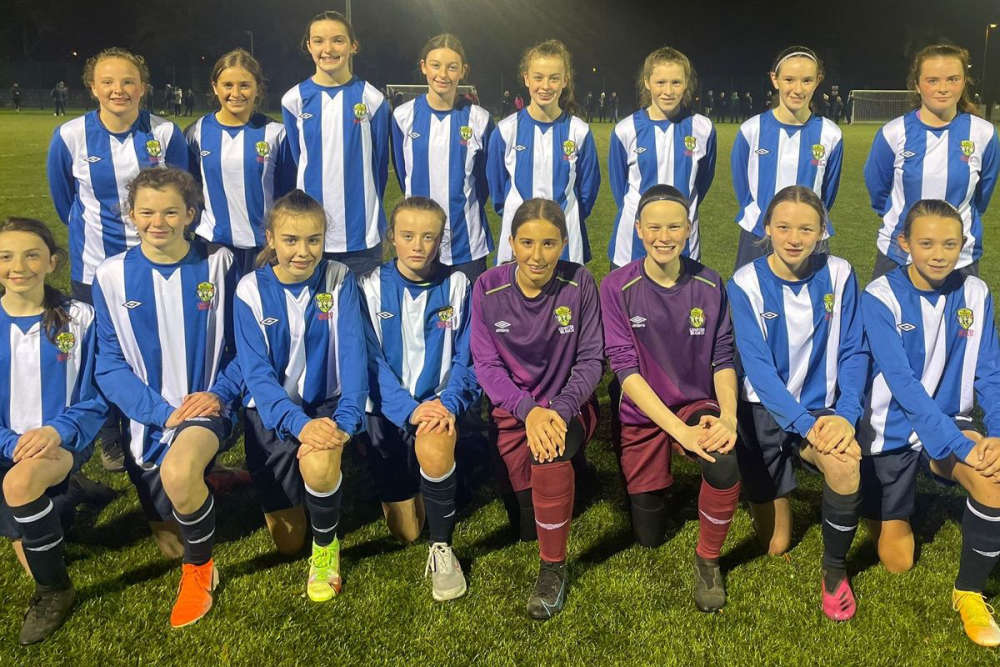 It takes place across this weekend.

This Friday  will see sixty eight of the top players in Irish Schools line out for the FAI Schools Under 15 Girls’ Interprovincial Tournament as the AUL Complex, Clonshaugh plays host.

The Interprovincial series will be the first step in the process of selecting the FAI Schools International Development squad of 18 players who will compete in the Bob Docherty Cup. The 2021/22 campaign will see the Republic of Ireland Schools select travel to Newcastle for the Home Nations event. The International series will take place during the Easter Break from Sunday, April 10 to Thursday, April 14. Prior to that the squad will take on England in the annual John Read Trophy as well as a friendly with Northern Ireland in the build-up to this season’s International run.

With this in mind, all eyes will be on the Interprovincial series to scout for the best talent on display within our network of post primary schools. The three day event will see a series of six matches played with Provinces awarded two points for a win and one point for a draw. The format leaves for an exciting finale in the Sunday morning outings.

Unfortunately the 2020 Interprovincial series was cancelled last November due to COVID-19 so the Provincial Head Coaches will welcome the resumption of this competition.

In fact Caroline’s school will have three players line out this weekend with Jessica Talbot, Zainab Rather and Caitlin Joyce selected. Ursuline College in Sligo will also feature a trio including Sophie Quinn, Rachel McGoldrick and Mairead McIntyre.

Bridgeen Harley has relinquished her position as Ulster Head Coach after 5 years loyal service to her Province. Paddy McDaid takes up the reigns this weekend with a fresh outlook on proceedings. The Finn Valley College teacher will be optimistic about his chances with the likes of Orla Doherty (St. Columba’s College, Stranorlar) and Sarah McCaffrey (Largy College, Clones) involved.

Barry Ryan’s Munster crew will be looking to take top spot this time out with a strong seventeen named with particular reference to Amy Tierney (John the Baptist Community School, Limerick) and Kiera Senna (Coláiste an Chraoibhín, Fermoy) who are both promising prospects. However, the Munster scholars will be without the impressive Katie Lawlee (Hazelwood College, Domcollogher) who is on International duty with the Irish Under 16s this weekend in Wales.

Leinster are usually a formidable force in this tournament and have proved worthy winners time and time again. Rob Ellison will be at the helm once again and will expect nothing else but perfection this weekend. A notable inclusion in the squad will be Tallaght Community School starlet Lauryn McCabe, younger sister to Republic of Ireland Senior Captain Katie. The Arsenal player lined out for Leinster Schools back in 2009 representing St. Paul’s Secondary School, Greenhills. That season, the Leinster team disrupted Munster’s four in a row title ambitions by snatching the title. Can Lauryn and Co. replicate such success again in 2021?

Despite Leinster’s recent dominance in the tournament, the competition has always been a tight and competitive outing for the four teams involved.

The opening clash of this series will see our title holders Leinster take on Munster at 3pm while Connacht entertain Ulster at 5pm. Two very interesting games in store which should set the scene for the remaining encounters.

In keeping with the long standing tradition of maintaining the interest in the competition until the final matches on Sunday morning, the draw for Saturday and Sunday’s matches will be made following the games on Friday evening.

Republic of Ireland Schools Head Coach, Richard Berkeley (Sancta Maria College, Louisburgh) is facing into his fourth season in charge and relishes the opportunity to view the latest crop of players to make the cut at provincial level.

Berkeley will invite 32 players in for an initial assessment following the Interprovincial series as he goes in search of his final squad for the Schools’ International campaign.

The Tallaght native won the John Read Trophy and Bob Docherty Cup in his debut season in 2018 and followed this up again in 2019 with an extraordinary double. In 2020, the Irish lost out to England in the John Read Trophy before the COVID-19 pandemic put a stop to all football activities, thus leaving the Bob Docherty Cup falling victim to cancellation.

1.00pm Match 3 Draw to be made on Friday evening

3.00pm Match 4 Draw to be made on Friday evening