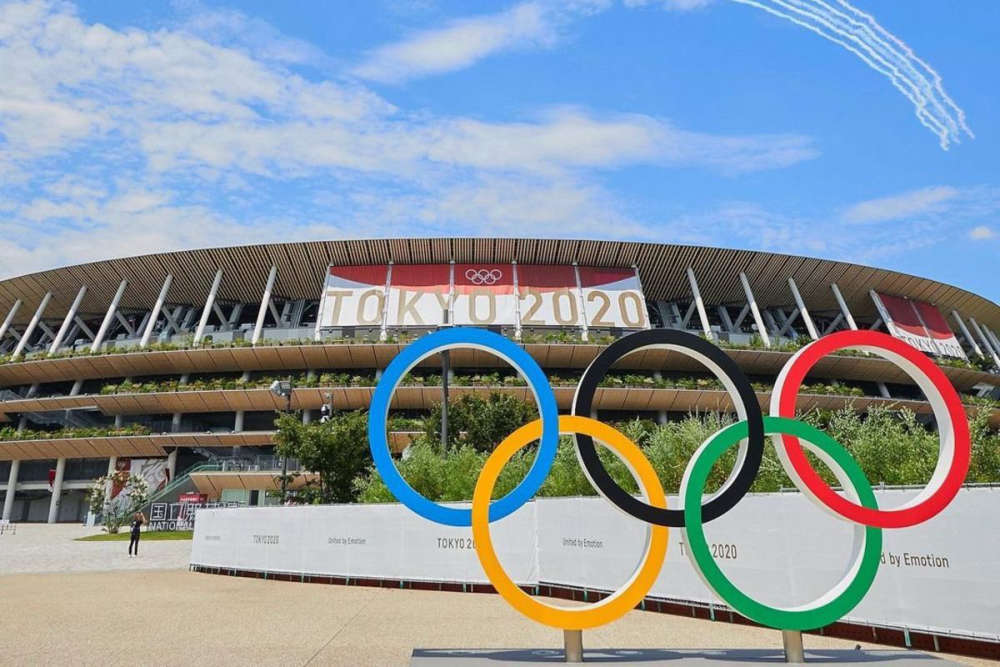 Here's a look at how the Irish have fared so far today.

Thomas Barr successfully negotiated the first round of the Men’s 400m Hurdles at the Olympic Stadium in Tokyo this morning, with a 2nd place finish in Heat 3, in a time of 49.02 to see him through to the semi-finals. Barr got drawn the short straw in terms of early round opposition, with the recent World Record breaker, Karston Warholm, drawn in the lane outside him, but with the top four automatically qualifying, it was a comfortable first round effort for the Waterford hurdler.

Afterwards, he was happy with his morning’s work saying: “My aim going into this was to get second place behind Warholm. I knew he could just turn on the taps so there was no point in trying to blow past him.”

Looking forward to the challenge ahead, he added; “The semi-final in two days’ time is going to be like a final. I have to run it like a final because I’m probably going to need to get a PB, or close to it, to get through.”

Earlier in the day, the Women’s 800m heats saw the first of the Irish in action with Nadia Power, Louise Shanahan, and Siofra Cleirigh-Buttner racing in consecutive heats. With just the top three automatically advancing, it was always going to be a difficult ask for the three Olympic debutants, with all three finishing 7th in their respective heats.

Team Ireland boxer Aidan Walsh has guaranteed himself at least a bronze medal at the Tokyo 2020 Olympic Games this morning, following a 4-1 split decision win over Merven Clair (MRI) in an absorbing Men’s Welter quarter-final.

With sister, Michaela, cheering him on from the stands, Walsh powered through the opening round, and came back strong in the third after Clair pushed him all the way in the second round, to take the win.

“It’s incredible. I’m just so glad I’ve done my family, my girlfriend, my coaches and. Team Ireland so proud. To have your name up there as an Olympic medallist… I want to go for gold - always aiming for higher and better. It’s gone now and I’m on to the next one – I’m looking forward to the next one.”

Speaking of his sister’s support from the stands, he added:

“Her voice cuts through the noise! You’d hear her everywhere in Belfast! It’s the same when we’re sparring in Dublin the coaches have to shush her. Ah it’s great, me and her are best friends. I would actually cut the medal in half and give her half of it, that’s how much she means. I’m disappointed for her that she didn’t come out here and create history together, that would have meant a lot to me but it’s just boxing, and we’ll come again for the next Olympics and try and create more history.

“I’m just so grateful. Everything is a bonus, but I just have so much in life and everything is just a bonus. I don’t know what I’ve done to deserve all of this – it’s crazy. I’m lucky. Very, very lucky.”

Walsh now faces into an Olympic semi-final where he will meet a familiar foe in number one seed, Pat McCormack, of Great Britain.

Earlier on in the day, Kellie Harrington made her Olympic debut in dominant fashion, as she overcame Rebecca Nicoli of Italy by unanimous decision to advance to the quarter final stages of the Women’s Light.

Looking back on today’s fight, she added: “She’s a tricky southpaw. The tactics were to try and be first, to try and draw her out so she’ll throw and then I can counter and that’s what we did, we had to stick to it, but patience was key.

Reflecting on the wait before her opening fight: “It has been a bit of a wait. I’ve been a bit anxious, but it’s been great to support the rest of the team. As long as we’re started that’s the main thing, and I’m started now, this is going to fly in now. Once you get boxing you don’t feel it, it’ll just go, go, go and I’ll be home before I know it sitting at home, eating coffee slices and drinking tea with my two dogs and Mandy. If it’s not with a medal, it’s not the end of the world. We’ll cross that bridge when we come to it.”

Sam Watson got the Irish Eventing Team off to a positive start in Dressage, scoring a 34.3. This leaves the pair in 14th position after Session 1, with two more sessions to follow. The eye-catching Irish Sport Horse gelding, Tullabeg Flamenco (ISH), was composed and relaxed throughout the entire test.

A small error in the flying changes towards the end of the test cost them a few marks but the pair are looking forward to the next two phases, cross country and show jumping.

“I was pleased with the horse and I think the foundations were there,” stated Watson afterwards. “The softness, suppleness, and relaxation were all there. I possibly didn’t give him enough punch and enough X-Factor for what they are looking for at the Olympic Games. It was a little safe and then I made a small mistake, which was on me, I shouldn’t be missing changes at the Olympic Games. I am pretty happy with the horse; I am a little disappointed with the mark and there are a few things that I could have done better.

“I am looking forward to Cross Country. It is a rider’s course because he has given us a lot of choices. You have got to make decisions on the course and commit to your lines and stay focused and concentrating. I like that. I like to be thinking when I am on a course.”

Similar to Irish Dressage Rider, Heike Holstein, the Irish Eventing athletes are wearing a yellow ribbon for young Tiggy Hancock who tragically passed away last month. Watson was close to Tiggy and he is wearing the token of respect with pride.

“She was someone I was lucky enough to train with and I think she was someone that could have been at the Olympics one day. To remember her is special and very important to us.”

Action continues in the second session later today with Austin O’Connor and Colorado Blue taking to the stage.

Ireland’s quarter-final hopes will go down to the wire as Navneet Kaur’s 57th minute winning goal for India denied them what would have been a crucial point at the Oi Stadium, as they lost out 1-0 in the end.

The deflection from Rani Rampal’s reverse-stick cross finally broke the Irish defences as India eventually took advantage of their large volume of control on the game. Sean Dancer’s side defended heroically, with Ayeisha McFerran producing another slew of brilliant saves - but just as it looked like a vital draw was on the cards, India nicked their winner.

It means Ireland remains in fourth place on three points in the chase for the fourth quarter-final berth, just ahead of India on goal difference. India face bottom side South Africa while Ireland conclude their group against reigning champions, Great Britain.

Deirdre Duke played her 150th cap today and was disappointed with their performance: “It feels pretty irrelevant now to be honest, that was a game that we needed to win and we didn’t so that’s my overwhelming feeling. Quick turnaround tomorrow. Depending on other results now, that quarter final spot is still up for grabs, so we’re going to have to park this pretty quick and get ourselves up for a big one tomorrow.

“We win as a team and we lose as a team. We are going to have to regroup and take a look at ourselves individually but it is always a collective effort and we always rally together and we rally around each other. We go again tomorrow.”

There was disappointment for Irish sailor, Annalise Murphy, this morning as she finished in 30th and 40th place in Races 9 and 10 respectively in the Laser Radial to see her finish out in 18th place overall – outside of the top ten qualifying position needed to advance the medal race.

A strong sail yesterday saw her finish in first and second place in Races 7 and 8 to leave her at 14th overall, so a big push was still needed today to qualify into the Top 10 today, but with light winds at Enoshima, it was a tough sail for Murphy.

The 49er duo of Robert Dickson and Sean Waddilove meanwhile are currently sitting in 14th overall after nine races. The pair finished in 9th, 18th and 9th position in Race 7, 8 and 9 respectively this morning, with the final three races to take place tomorrow.