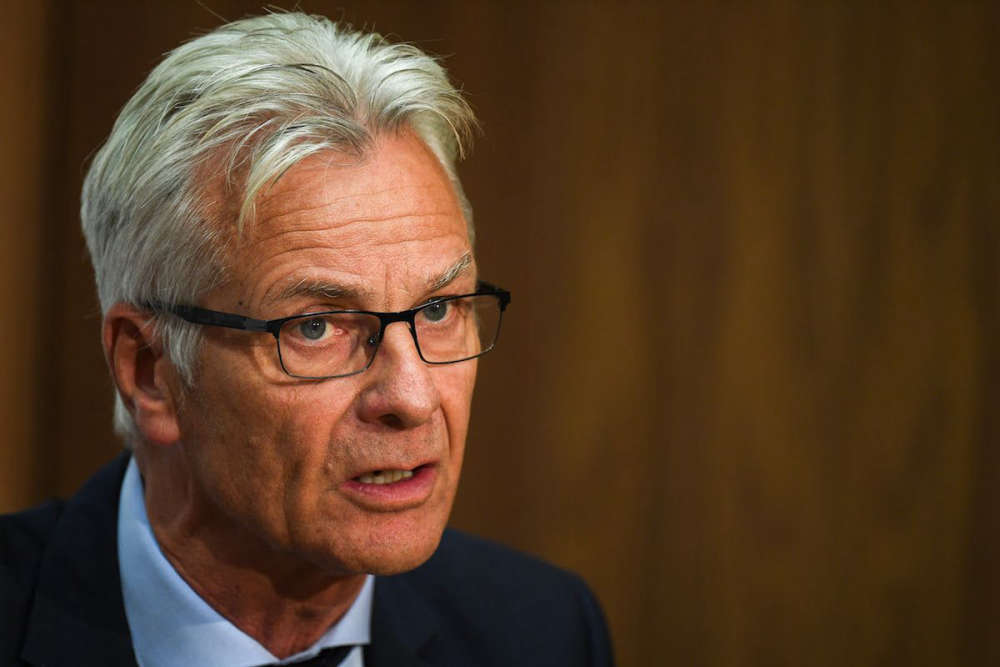 He's been High Performance Director since 2013.

Ruud Dokter is to step away from his role as High Performance Director with the Football Association of Ireland at the end of 2021.

Appointed in 2013, Ruud will depart with the best wishes of everyone at the FAI.

“I have informed CEO Jonathan Hill and the Board of the FAI that I will be leaving my role on December 31st,” said Ruud Dokter.

“I have thoroughly enjoyed my time at the FAI and I will be forever proud of the work that we have undertaken together at the FAI and the positive moves we have made for the game in Ireland. I believe football is stronger than ever before at all levels of the game in Ireland and with a clear pathway for players and coaches that can lead Ireland to greater success on the international stage in years to come, as framed within the ongoing FAI Strategy 2022-2025 debate.

“This couldn’t have happened without having such excellent, passionate and dedicated staff and I want to thank them all for their hard work to bring High Performance to the next level. I also want to thank my colleagues and everyone who has worked with me for the last eight years as we strived to make Irish football better for all concerned. Lastly, I want to acknowledge the great work done by coaches and volunteers in clubs and leagues across the country, particularly in the underage game. It was an honour and a privilege to represent the FAI as its High Performance Director for those years and I appreciate the continued support I received from Stephen, Vera, the Board and CEO Jonathan Hill.”

“Ruud can be proud of his time with the FAI and leaves with our best wishes.  The establishment of the Player Development Plan, the creation of a clear philosophy for underage football across the country and the growth and high standards of our Coach Education offering, as recognised by both FIFA and UEFA, has seen a flow of young players now coming into our senior international set-ups and this is all testament to his work over the years. On behalf of everyone at the FAI, I wish Ruud and his family well in the future.”

“Throughout my coaching career I have had nothing but respect for my colleague Ruud and I was really excited to finally get the chance to work with him again when I took on the Ireland women’s team role in 2019. He was a huge influence in that decision and really sold his vision for the women’s game in Ireland to me. The FAI will have a big task to find someone who can pursue the road of all development programs that have been developed. The content of his work must be continued because there is a firm learning line now, from the content of grassroots activities up to the National teams, including the ETP centres, the FAI Technical courses and the development of the Leagues.  I have enjoyed our two years working together in Ireland and I look forward to seeing Ruud’s invaluable work being carried on into the future.”

“It has been a great experience for me working with Ruud for almost three years, firstly with the U21’s and then the Senior International Team.  The players and their development were at the centre of every decision he took as he helped create and foster an ego free culture amongst the coaches. Ruud would always ask the question 'what is best for the player'.

Having studied different development plans and systems throughout Europe he had a clear vision of how to develop players in Ireland and was prepared to make unpopular decisions to improve the development of football in Ireland and the culture supporting that.  He helped instil good values in all the coaches of the International Teams and encouraged a healthy working relationship so that players could move freely throughout the age groups with their progress at the epicentre of all of the decisions.

On a personal note I have never heard Ruud raise his voice, he treats everyone with respect and is always an absolute gentleman and I want to wish him the very best for the future.”

“Ruud leaves the FAI with our Coach Education programme now recognised as an example to follow for football associations across the world. Both FIFA and UEFA have used the FAI model as the best in practise and that is a testament to Ruud’s work in this area since 2013. On behalf of all his colleagues in the Coach Education Department we thank Ruud for his support and extend our best wishes going forward.”

The FAI will shortly advertise for a new Director of Football role which will encompass the vision of the FAI Strategy 2022-2025 document currently under discussion.