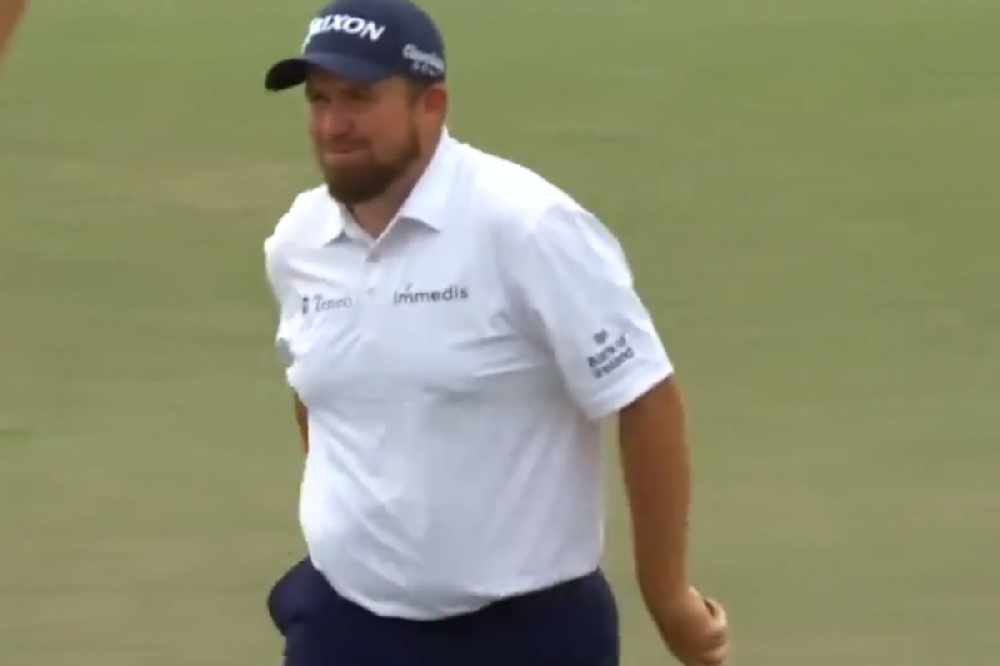 He also had thirteen pars and three birdies on the card.

The opening round of the US Open will be completed today as darkness halted play in California last night.

American Russell Henley is the clubhouse leader at Torrey Pines on four under par, with South Africa's Louis Oosthuizen also on that mark with two holes of his round to play.

An early birdie on two for Shane Lowry was undone when he came to the fourth.

Lowry lost his drive left from the tee and had to take a penalty stroke. He then compounded that error by three putting to take a seven on the par four.

The Open Champion recovered well to make birdie on six and claw one back and he continued to grind well, accumulation four consecutive pars to steady the ship in difficult conditions.

Another dropped shot arrived on the long par three 12th hole, leaving Shane on +2  and needing to find something in the closing holes.

The Clara man was swinging well though and his consistency payed dividends three holes later when he was able to make birdie on 14.

Practice done & ready to go. I will be wearing the First Tee logo, in place of the @immedis logo, at The U.S. Open. First Tee is an international youth development organization that teaches life skills and helps kids & teens build their strength of character through golf. pic.twitter.com/ow3i92ksJ7

The story of his round was consistency and recovering from errors as he shot the final six holes level par to sign for a round of 72.

That score of one over isn't ideal but nor is it fatal for his chances on a course that is playing difficult.

His amended second round tee time will be confirmed shortly.