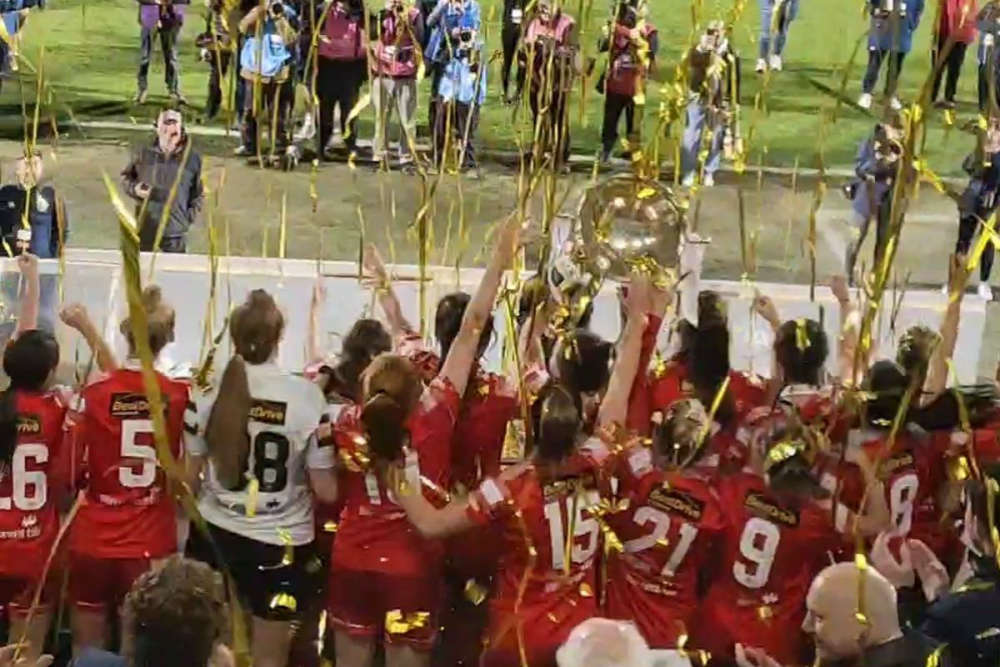 It was a case of what might have been for Tommy Hewitt's side this season.

They finished second in the Women's National League and after yesterday evening, they were facing into being runners up in this year's Cup final.

They were the better side for the majority of the game but made a very nervy start and two costly errors at set pieces gifted an experienced Shels side two first half goals that they were able to protect throughout the rest of the game.

The goals were scored by Jessica Stapleton after Niamh Coombes let an Alex Kavanagh high ball slip from her grasp. Then a Megan Smith-Lynch corner caused more consternation in the Athlone Town box and Shels captain Pearl Slattery popped up to head in from a few yards out and it was all uphill from there.

The second half of the first half and all of the second 45 minute period was dominated by the team in blue and black. Chances fell to Maddison Gibson, Roisin Molloy, and Scarlett Herron but the ball just wouldn't fall right for them.

Their best chance was a goal. Herron flicked a header in as Shels were trying to bring their offside line up. Images and video suggest Herron was onside, it was given as off and that summed up their game.

Shelbourne are league and cup champions for 2022, Athlone Town an impressive second best in both competitions.

Speaking after the game Tommy Hewitt expressed his admiration for his team: