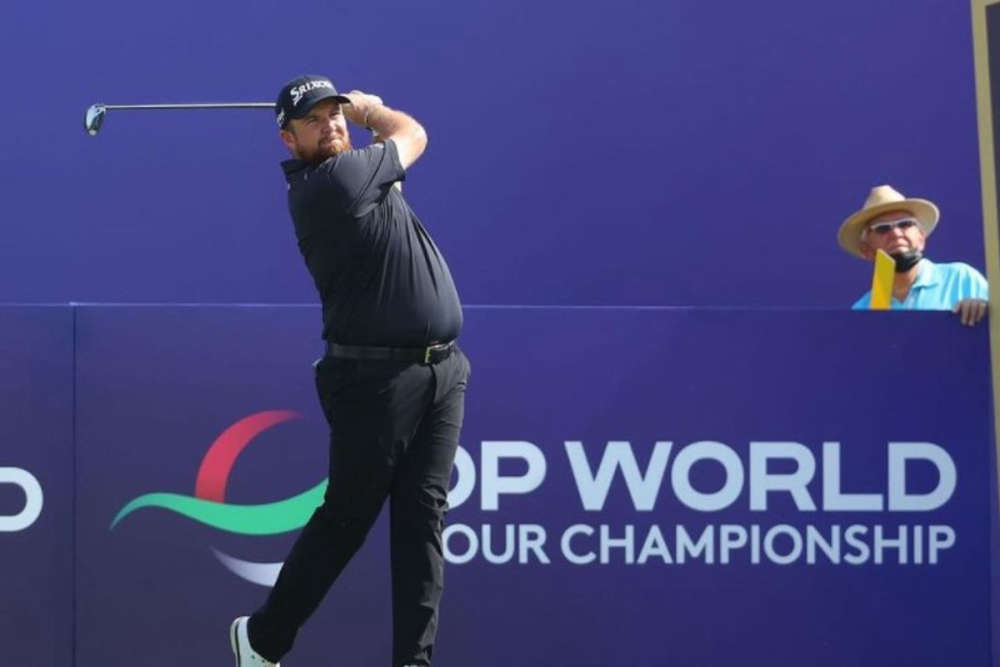 He's four shots off the pace.

A bogey on the closing hole won't put a damper on the spirits of Shane Lowry after a pleasing start at the season ending DP World Tour Championship in Dubai.

The resulting 69 leaves him on 3-under par and four shots off his Olympic partner Rory McIlroy.

The County Down golfer traditionally plays well at the Earth Course in the UAE and found his range spectacularly to notch six birdies and an eagle during his round.

He's on 7-under par and two clear of the chasing pack headed by Dane, Joachim B Hansen, South Africa's Christian Bezuidenhout and Tapio Pulkkanen of Finland.

Speaking after his round McIlroy was philosophical about his enjoyment of the course:

I was saying to Dean, I've been coming back here now or 12 years and it flies by. I think a lot of experience around this place, a lot of great memories and memories of great shots and great putts.

It's comfortable for me. I think if you can carry the ball over 30 on this course.

It gets a lot easier, just getting over some of those fairway bunkers and the landing areas become that bit wider.

Someone like Dean or myself today, that's an advantage for us and I've been able to use that to my advantage over last few years here.

Shane Lowry returns for his second round tomorrow at 11:10am Irish time alongside Swede Joakim Lagergren.