The Colours of Clough/Ballacolla Fly High In Laois Again 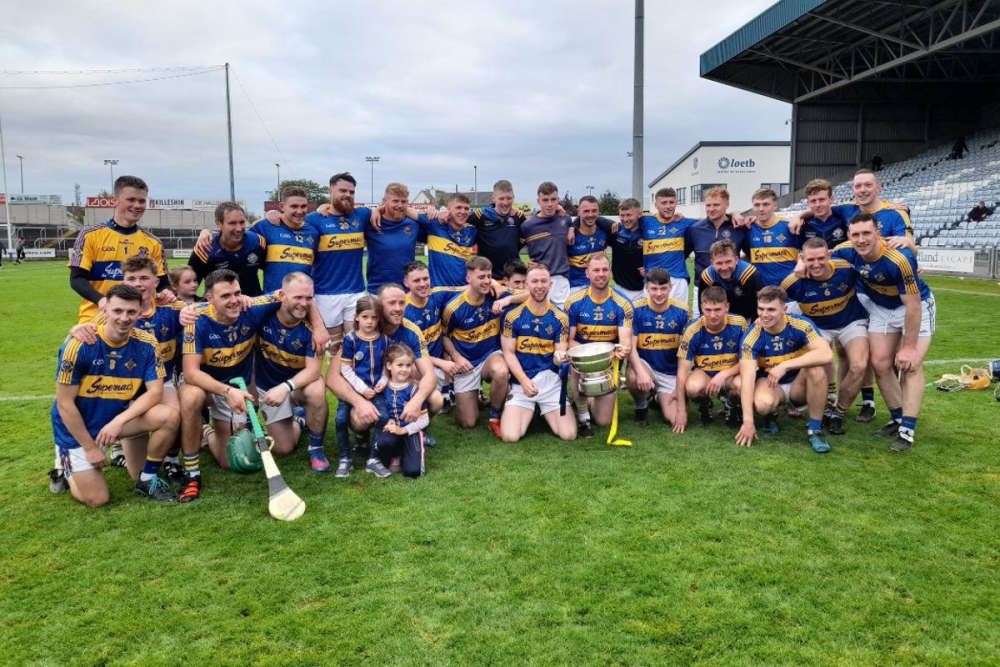 If last year's run to the Leinster final was uncharted territory for Clough/Ballacolla, their entry in to this year's Leinster championship has an air of expectation around it.

They are now county champions for a third consecutive championship. A feat not achieved by the club since they were known as Ballygeehan in the early 20th century.

Fast forward back to Sunday and 'Ballacolla use a number of very modern weapons to dismantle their opposition.

Stephen 'Picky' Maher and Willie Duffy fired an excellent combined 1-15 to propel their side to success.

The opponents on Sunday were Camross and they were much better value than the final scoreline suggested.

Their accuracy and decision making lacked in the first half as the contest eeked away from their grasp.

A run of four unanswered points at the start of the second half got them somewhat back in to the contest.

Clough/Ballacolla had matters in hand though, and ultimately cruised their way to a third consecutive Laois senior title.

Speaking to Pat O'Sullivan after the game their manager Declan Laffan says it was a challenging game that was there for the taking.

Willie Dunphy hit 1-5 at O'Moore Park on Sunday, he tells Pat their focus was on Camross and not "three in a row":