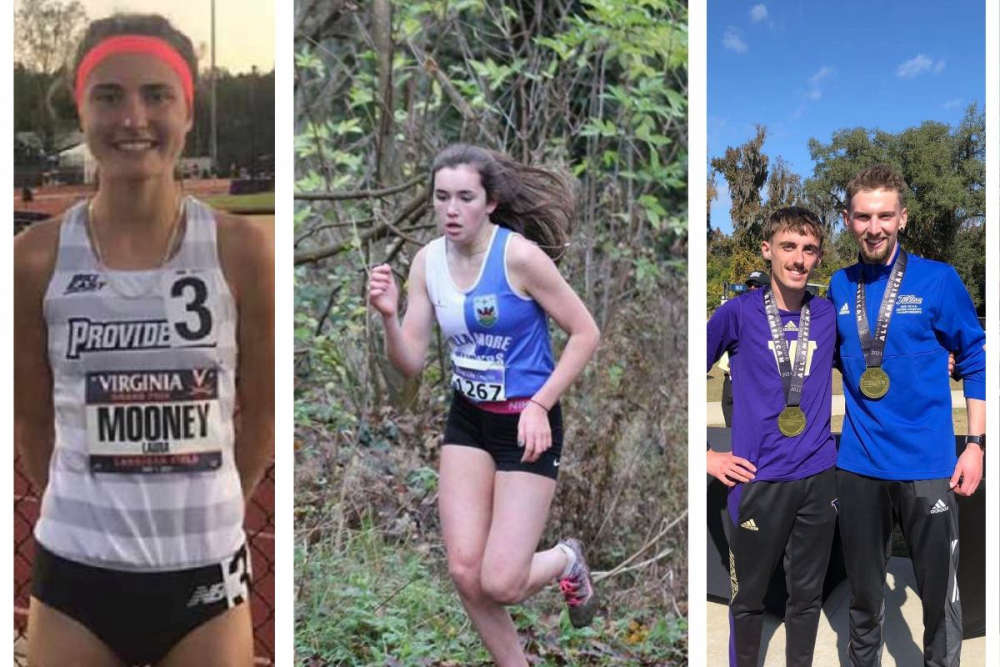 There'll be a lively representation from the midlands at the European Cross Country Championships, which are being held on Irish soil this year.

They take place on a course finishing in the Sport Ireland campus in Final, Co. Dublin on December 12th.

One of six senior men chosen, is Cormac Dalton of Mullingar Harriers AC.

The 23-year-old previously competed in the U23 category in Lisbon two years ago, finishing in 49th place in a time of 26:05.

Two Tullamore Harriers have also been selected in the form of Danielle Donegan in the women's U23 category and USA based Laura Mooney in the U20 format.

Donegan currently races in the singlet of the UCD AC as she continues her studies at third level.

Much like Cormac Dalton, the Tullamore woman previously competed at the European Cross Country event in Portugal in 2019, finishing 81st in the U20 race in a time of 16:24.

Laura Mooney's journey to Providence College in Rhode Island has been well documented and she's performed superbly since moving stateside.

The Cappincur woman is now the Irish U20 record holder over 5,000m and is holding her form throughout 2021.

Mooney is sure to be one of team Ireland's leading lights and medal hopefuls despite her development into a stronger athlete over longer distances.

"We must acknowledge the outstanding work from athletes to put themselves in contention for selection at these home championships. The depth in the Nationals Cross Country championships was fabulous to see, and is a testament to the work of coaches around the country. We have a great history when it comes to European cross country competition and we are in no doubt those who have been selected are primed to take on the best in Europe in just a few weeks’ time.”

There could yet be further local involvement when reserves are confirmed later in the week.

Here's the selection in full: