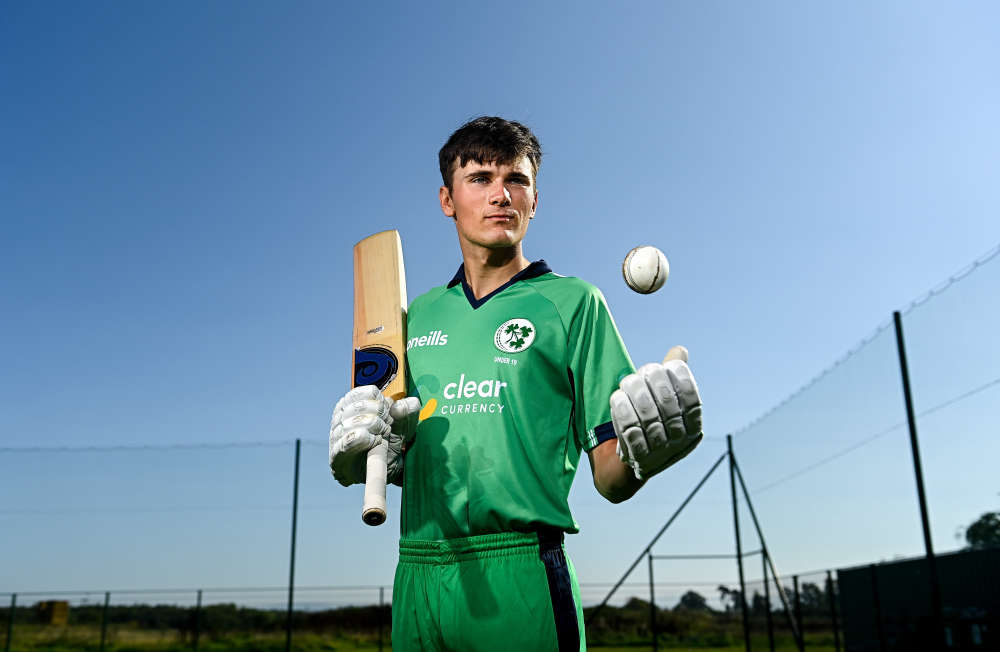 They defeated Uganda on Saturday.

After his side’s 39-run win in the first Group Stage match on Saturday against Uganda, the Irish Under-19s captain was looking ahead to what, for many of the squad, will be a landmark occasion in their cricket development – to play India at a World Cup, live on television.

With the first match played in Guyana, the squad has moved to Trinidad for their next two matches against India and South Africa on Friday.

Both of these matches will be shown on Sky Sports in Ireland / UK.

Speaking ahead of a training session at the Brian Lara Academy, Tector said of the first match:

“It was great to get a first win on the board, it's always great to get a tournament underway positively. With the bat, getting mid-230s was a great score on that pitch which was playing a bit low and slow. Josh Cox batted exceptionally well for us - he's been in great form that last two or three games for us, so it was great to see him continue that.

“But what was most pleasing was that we pushed on with the bat - we'd been struggling a bit with batting through, and we had failed to really cash in at the end of our innings’ against Zimbabwe there recently, as well as in the two warm-up games against Sri Lanka and Scotland.

“With the ball, we took two early wickets through Matthew Humphreys, which was a great start for us - but we just let it slip there a bit in the middle overs, which we recognise we can't do. But, as a squad, we're always learning, we're always getting better every time we play.

Looking ahead to the India match, he said:

“We feel they will come at us hard early, and need to be ready for that. If we're batting first, I think we can take some confidence from the last game and look to start well. With the ball, they'll obviously be talented batters and likely won't give us as many chances - so it will be all about keeping disciplined lines and lengths. If we can do the basics very well and field extremely well, we feel we can keep in the game.

“Jay our Analyst has pulled together some good footage and we've been reviewing their key bowlers and key batters, and looking at some match-ups, but the key will be to play the situation and play what's in front of you.

“Obviously it's a massive game for us - it's not every day you get to play a side like India. You can see from the last time the two sides met, we had Josh Little, Lorcan Tucker and William McClintock stand out with quality performances - so you can see what good performances against a side like this at this level can do for your future career.

“For many of us it will be our first game on TV, but we've got to just push that aside. My message for the guys will be to go out and enjoy the occasion, and to give it everything you have - it's not every day you play matches like this. I know the guys will bowl and field their backsides off and fight really hard with the bat, but at the same time you're going to learn a massive amount from a game like this.

About expected conditions, he said:

“From training yesterday it seems the wickets will be a lot bouncier than Guyana, perhaps a bit more consistent bounce. Guyana was a bit two-paced for the batters - we adapted well, though, so it will be a case of adapting here too. Our next two games are here at the Brian Lara Academy, so it's an exciting time and we're all up for the challenge.”