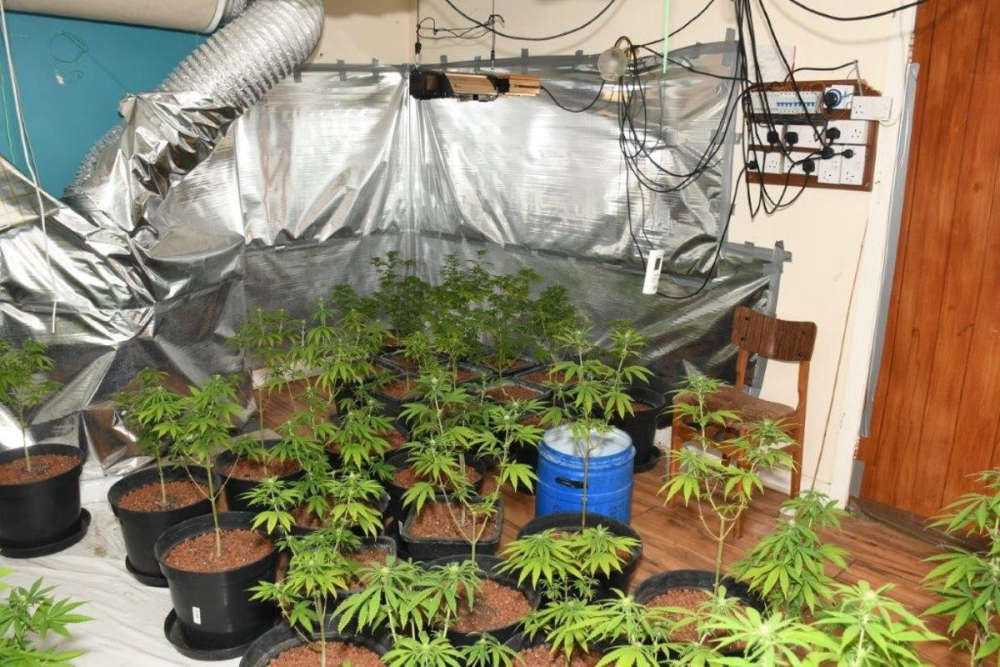 105 cannabis plants were found between the two properties.

Two men have been arrested following a major drugs bust in Offaly.

Drugs worth €110,400 and a cannabis growhouse were discovered during the garda operation.

As part of Operation Tara and ongoing investigations targeting the sale and supply of drugs in Tullamore, gardaí conducted a suveillance operation in Clara yesterday morning.

The stopped and searched a van, in the back which they found 33 cannabis plants, with an estimated street value of €26,400.

The driver and passenger of the van, both men aged in their early 30s, were arrested at the scene and were detained under Section 4 of the Criminal Justice Act, 1984 at Tullamore and Birr Garda Stations.

A follow-up search was conducted at a house in Tullamore, during which a growhouse was discovered under construction.

Another, second search was conducted at an apartment in Tullamore, where 105 cannabis plants, with an estimated street value of €84,000, were found.

Gardaí from Tullamore seized drugs worth in excess of €110,400 and arrested 2 men in their 30s.

All drugs will now be sent for analysis.

The two men have been since charged in relation to the seizure and are appearing before a special sitting of Tullamore District Court at 1 o'clock this afternoon.