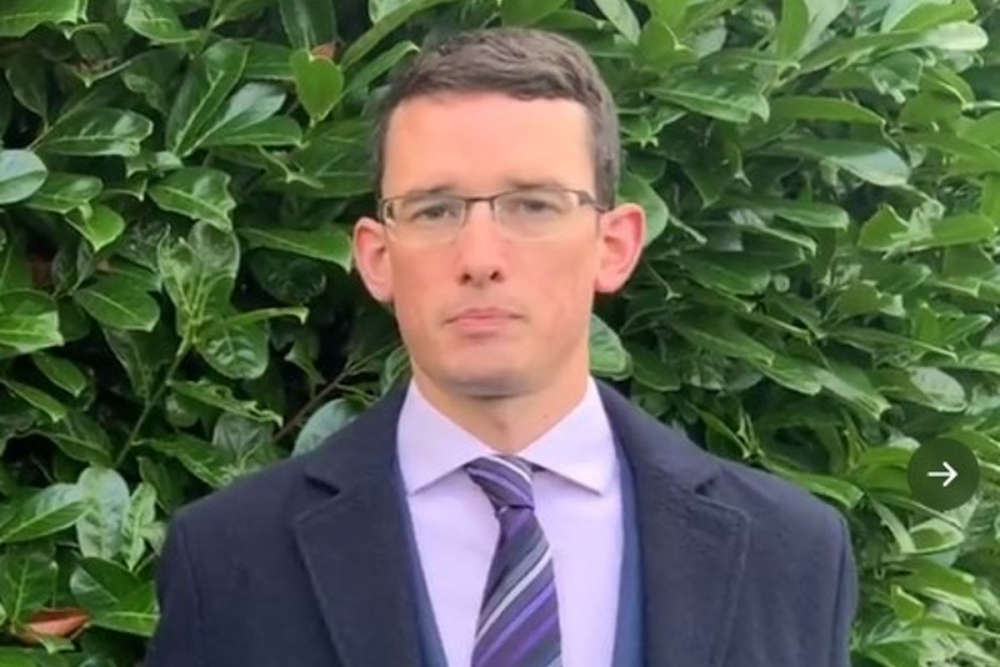 He has been given until tomorrow to consider whether he’ll refrain from breaching the order to stay away from the school.

A judge has indicated his intention to refuse Enoch Burke’s application to stop a disciplinary meeting at his school unless he agrees to comply with a court order.

The suspended secondary school teacher has been given until tomorrow to consider whether he’ll refrain from breaching the order to stay away from the school.

Enoch Burke was suspended pending the outcome of disciplinary proceedings arising from a refusal to address a transitioning student by a new name and pronoun.

He says it’s against his religious beliefs to do so.

Not long after his suspension, he was taken into custody for breaching a court order directing him to stay away from the school.

He has since been released but the school claims he continues to breach the order.

A disciplinary meeting is scheduled for Thursday but Mr. Burke is looking for an injunction to stop it from going ahead, claiming it’s “unconstitutional, flawed and invalid.”

In a lengthy judgement, Mr. Justice Conor Dignam has decided he has satisfied the first limb of the test for the injunction.

However, he said he’s inclined to refuse the relief if Mr. Burke continues to breach the order. With that in mind, he has given him until tomorrow to decide whether or not he’ll comply with the orders, pending the outcome of the disciplinary process.

The case will be mentioned again in the morning.